GET NEWS AND ARTICLES IN YOUR INBOXPrint
A
A
Home | Mises Library | Japan's Bust: An Austrian Critique of the Fed's Explanation

Japan's Bust: An Austrian Critique of the Fed's Explanation 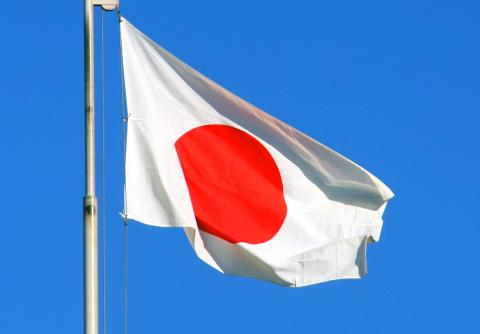 Athanasios Orphanides' recent Fed paper touches on aspects of Japan's extended economic slump (his basic thesis: the BOJ should have done more). This paper served as a reminder of the inadequacies and limitations of mainstream analysis in explaining Japan's long economic winter. Fortunately, though long unrecognized and unappreciated by the mainstream, there is a good framework for understanding the Japanese boom and bust. As it happens, that sequence was a classic business cycle as predicted by Austrian theory.

The Austrian analysis begins with the boom. The focus is on that "cluster of errors" as Rothbard put it, where business suddenly turns for the worse in a sweeping and wide-ranging fashion. Austrian business cycle theory focuses more on the nature of the boom than it does on the bust and depression. There is a sound reason for this orientation. Just as Emerson wrote "Cause and effect, means and ends, seed and fruit, cannot be severed; for the effect already blooms in the cause, the end preexists in the means, the fruit in the seed,"—so too, does the bust pre-exist in the boom.

Unsustainable booms begin with the creation of money and credit not supported by underlying capital. It begins with interventions in the world of money. In older days, it was easier to see that money creation beyond what was covered by specie was false capital, but in the modern anchorless and credit-soaked economy, the distinction is theoretical and much harder to detect. Nonetheless, this false capital does not create wealth. However, its creation does impact interest rates and influences the pattern of production away from what it otherwise would have been—hence the creation of instability and of an underlying tension.

Monetary expansion cannot go on indefinitely or without consequence. The bust, then, is the period where market forces tack back toward where they would have gone without the fog of monetary intervention leading them astray. This requires liquidation of projects and businesses that no longer appear profitable. Workers and capital are redeployed to more profitable lines.

This is a painful process, no doubt, but inevitable and salutary. The economy cannot grow again on a firm sustainable base until the old bad investments, the malinvestments, are liquidated. Each bust or recovery has its own unique features, but the essential characteristic is that the bust is curative and necessary to get the economy back on track.

The key, though, is that the market must be allowed to correct itself and this takes time. Any delay or prevention of the necessary spadework of the bust only promotes further unsustainable circumstances and will aggravate the downturn. As we will see below, the BOJ and the Japanese government did everything but let the market self-correct.

The roots of the boom in Japan1

The greatest boom in Japanese history has its roots in the accommodative monetary policy pursued by the Bank of Japan (BOJ) in the mid-1980s following the Plaza Accord. The BOJ sought to stem the appreciation of the yen, which hurt its heavily export dependent economy. Rather than allow market forces to rearrange the pattern of production along more sustainable lines, the BOJ began its aggressive campaign to bring down the yen.

Let us then sketch out the outlines of what happened. The BOJ cut its discount rate from 5% to 2.5% between January 1986 and February 1987, a 50% reduction in its key rate. The result was a conflagration, as the stock market scorched its way upward. From January 1985 to its peak in December of 1989 (based on month-end index prices), the Nikkei nearly tripled. From 1986 through 1990, Japan's money stock grew by an average of 10.5% per year.

Japanese officials, like the samurai of old, seemed intent on performing a seppuku-like self-immolation, destroying the government's finances and crippling its economy with repeated efforts to bail it out. The litany of rescue packages attempted is absurd.

Japan spent 65.5 trillion yen between 1992 and 1995. In 1995, the BOJ dropped its discount rate to 0.5%. In 1998, two spending packages worth 40.6 trillion yen were revealed. In 1999, came yet another fiscal stimulus package, this one worth 18 trillion yen. In 2000, another 11 trillion. Much of this deluge of money was put into public works projects or funneled through to politically favored businessmen. Japan's finances weakened as its debts grew.

The monstrous malaise suffered by Japan was entirely of its own making. And consistent with Austrian theory, these interventions have only slowed the recovery and hampered the market's self-corrective process.

Do less, not more

After reading through all that, it is quite surprising to find economists and others that say Japan should have done more. Done more? Orphanides believes that central banks should expand their interventionist efforts in environments with very low interest rates to move into longer-dated debt securities. In other words, not only should central banks fix the short-end of the yield curve, but if that fails, Orphanides believes central banks can and should intervene further along the yield curve as well.

Such prescriptions only worsen the problem, as discussed above. The misdiagnoses on Japan are as bad as the prescriptions.

As Murray Rothbard points out in his book, America's Great Depression, "saving, investment and the rate of interest are each and all simultaneously determined by individual time preferences on the market. Liquidity preference has nothing to do with it." In other words, the consumers' choices drive the rate of interest—not vice versa.

Deflation proper—a decline in the supply of money—clearly has not happened. Prices, as measured by the current fashionable indices, have fallen, but that is not a deflation—no more so than our current mild CPI readings measure low inflation. But even so, the Japanese consumer price index decline has been quite mild. According to the Japanese Statistic Bureau, the Japanese CPI stood at 98.1 at the end of 2003, a decline of 0.3% from the prior year (the base year, 2000 = 100).

It seems to defy common sense to suggest that the problem with Japan is the small annual decreases in its CPI. Surely, if a mild 1–3% increase in prices is acceptable to mainstream economists, then a decrease of less than 2% ought to pose no dire problems. Mainstream economists insist on treating price deflation as if it were some unholy beast and inflation as some manna of prosperity.

The central problem of Japan is not a liquidity trap and it is not deflation—the fundamental problem is a pattern of production ill-suited and ill-fitted to meet the realities of the marketplace.

In general terms, the Japanese wanted to protect their exporters, despite the fact that the marketplace had changed and moved against them. They wanted to persist in the belief that the blue chip debtors of yesteryear were still creditworthy. The Japanese economy was like a shopkeeper in denial of what his customers were telling him. Pretending not to hear it, he goes about his daily business as before. only driving himself further into losses.

The madness of such an approach is apparent when boiled down to the actions of individuals. Why it is not so when thinking about many such individuals collectively is a mystery beyond the scope of this small essay.