GET NEWS AND ARTICLES IN YOUR INBOXPrint
A
A
Home | Mises Library | Is Japan Heading for Another Lost Decade?

Is Japan Heading for Another Lost Decade?

According to many experts such as Fed Chairman Ben Bernanke, an important factor behind this sharp weakening in Japan’s economic growth is the steep decline in the yearly rate of growth of the consumer price index (CPI). During the 1980 to 1990 period, the average rate of CPI growth stood at 2.6 percent against 0.8 percent during the 1991 to 2000 period. Note that from February 1999 to December 2000, the CPI rate of growth displayed persistently negative growth, i.e., price deflation.

Bernanke and other commentators such as Paul Krugman have been blaming the Bank of Japan for not aggressively countering price deflation by means of massive monetary pumping. As a result, they hold, Japan fell into a prolonged period of subdued economic growth. Observe that on account of a strong increase in the Nikkei stock price index from 13,024 in January 1986 to 38,916 in December 1989 — a nearly 200 percent increase — the BOJ had reined in its monetary pumping. The yearly rate of growth of the BOJ balance sheet fell from 15.2 percent in February 1989 to 9.1 percent by October that year. The policy interest rate was lifted from 2.5 percent in April 1989 to 3.75 percent by November that year. This triggered a fall in the Nikkei of 42 percent to 22,455 by November 1990 from December 1989.

Bernanke blames the BOJ for not responding fast enough to the collapse in the Nikkei, which he viewed as an important factor in triggering deflation and an economic slump. It is overlooked by various commentators, including Bernanke, that the foundation for the slump was set by the previous massive monetary pumping of the BOJ. The yearly rate of growth of the BOJ balance sheet jumped from -0.5 percent in November 1986 to 15.2 percent by February 1989. The BOJ policy interest rate fell from 4.5 percent in February 1986 to 2.5 percent by February 1987 and was kept at this level until April 1989. 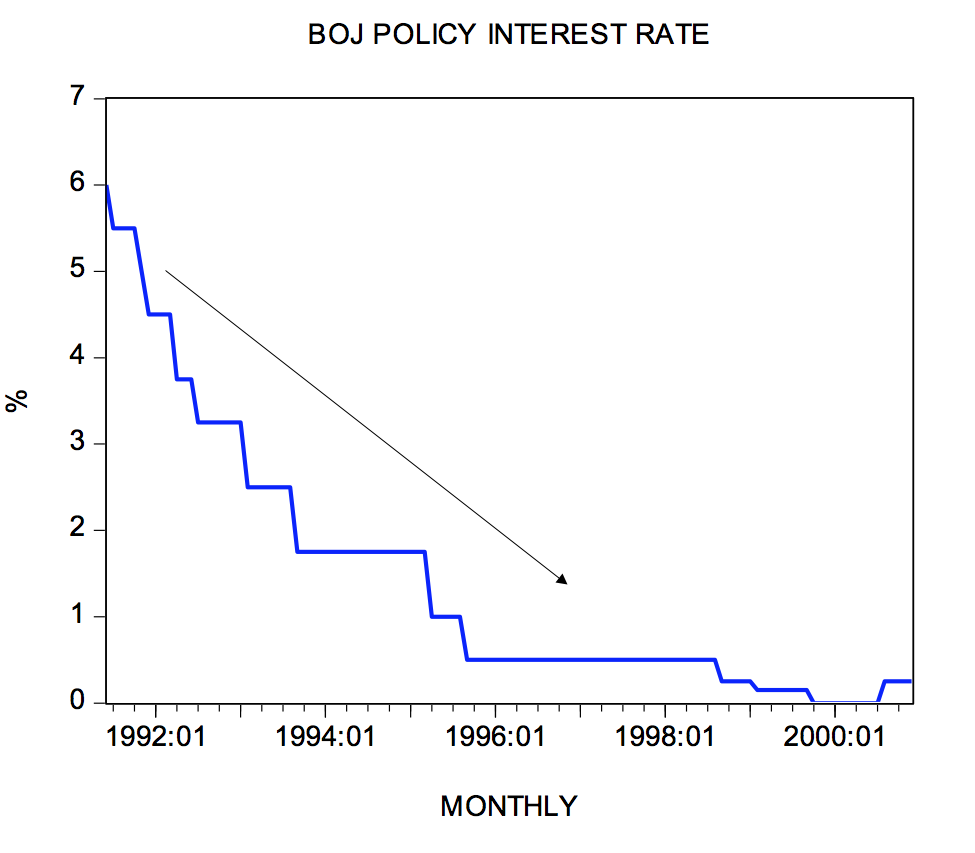 On the contrary, the tighter stance by the BOJ that triggered the collapse of the Nikkei had arrested the destruction of the wealth generation process. Is it true that the BOJ didn’t do enough to prevent the economy falling into a severe economic recession thus contributing to a lost decade? 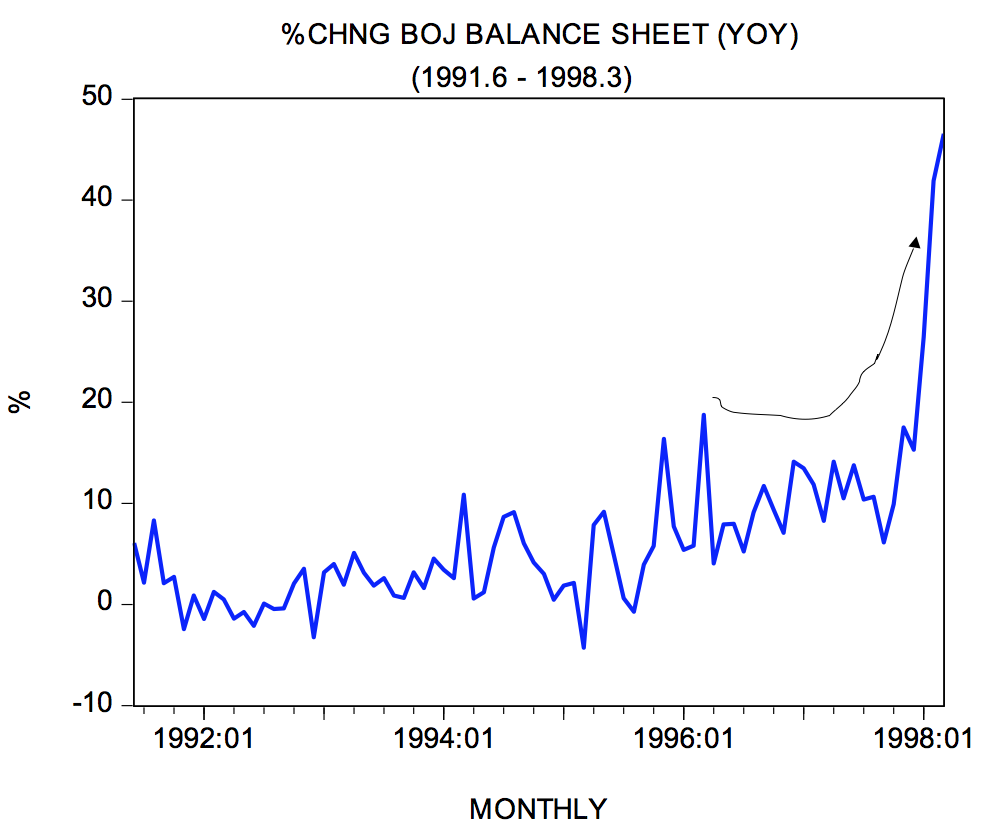 Contrary to Bernanke and other commentators, the lost decade in Japan occurred on account of the loose monetary stance of the BOJ. The economy fell into a slump on account of a severe destruction of the machinery of wealth generation. Instead of allowing a quick cleansing of the system, the BOJ enforced massive pumping. This has prevented the elimination of the non-productive bubble activities and prolonged the economic agony.

Ramping up monetary pumping as suggested by Bernanke and Krugman would have inflicted even more severe damage. In fact, on account of the aggressive monetary stance of the central bank, Japan had been in an economic slump until 2010. This means that Japan has lost not one, but two decades of economic growth. Contrary to Bernanke the key cause for that is in fact the aggressive stance of the BOJ.

We suggest that the recent policy of the BOJ to aggressively inflate the economy, which was praised by Krugman as an act of courage and wisdom, is going to further damage the wealth generation machinery and runs the risk of denying Japan yet another decade of growth.