GET NEWS AND ARTICLES IN YOUR INBOXPrint
A
A
Home | Mises Library | It's the Speculators, Stupid!

It's the Speculators, Stupid! 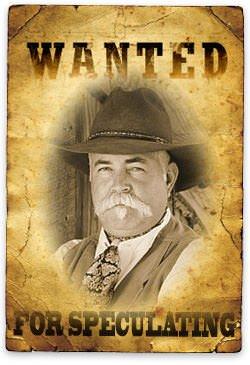 Many commentators (the majority of whom are not economists) blame the imminent crisis in the eurozone on malevolent speculators. I find it necessary to take up the cudgels on the traders' behalf and explain why they are not culpable for the current mess.

There is no better moment for this. The language that European leaders and the media are using in relation to the continent's sovereign-debt crisis diverts the blame away from those responsible, and targets speculators instead: "Merkel and Sarkozy take aim at speculators" (Reuters Germany); "we will defend the Euro at all costs" (José Manuel Barosso); "we believe that not only Greece, Spain, Portugal and Italy are under attack," but that "the whole Euro-zone is being threatened" (Jean Claude-Juncker). German Chancellor Angela Merkel even claimed that "in some ways, it's a battle of the politicians against the markets," adding that "speculators are our enemies," and "I'm determined to win."[1]

This "battle" goes so far that the present article might by now even be considered illegal in France. According to Reuters, French authorities plan to work together with intelligence services to fight "unfounded" rumors about the solvency of European countries.[2]

A Bold Cheer for Speculators

Against this increasingly intimidating zeitgeist, economists should stand up and explain that speculation is in fact a beneficial and essential undertaking in a free society.

First, in the real world, every economic actor is a speculator, as he takes decisions according to his future expectations concerning prices and people's preferences. Each speculator possesses a piece of disperse, subjective, and oftentimes tacit knowledge and reveals this information through his buying actions, which ultimately determine prices. In doing so, multitudes of market participants reveal data that otherwise could not be gathered.3

Second, speculators suffer losses whenever they predict a rise or drop in price that ultimately does not occur. That means if a speculator believes that a country that in reality has no liquidity or solvency problems will default in the near future, he stands to lose a lot of money. Due to this financial incentive, every investor will boldly search for as much information as possible. The result is that the capital market as a whole delivers very accurate signals about competing investment opportunities.

In the present case of sovereign-debt crisis, concern is growing among market participants about whether or not the citizens of the PIIGS (Portugal, Ireland, Italy, Greece, and Spain) will be willing — and able — to pay back their governments' debt. As a result, yields on government bonds as well as on insurance devices like Credit Default Swaps (CDS) rise. The actual cause of this, however, is the underlying fiscal policy of the country in question, and not the speculator's purchase, which is merely a reflection or a result of imprudent decisions taken by politicians in the past.

In other words, the speculator just fills the opportunity gap that is already there — the seeds of these price movements have already been sown. Speculators become aware of the big hole that governments themselves dug over the recent years. And speculators transmit this knowledge to other market participants by bidding prices on these debt obligations (in the case of bonds) or insurance policies on those obligations (in the case of CDSs) accordingly.

Hence, the capital market's concern and the action of speculators can be compared to a medical thermometer that helps to evaluate the patient's state of health. Would any patient really blame the thermometer for his fever?

Third, it is clear that a speculator has no power whatsoever over anybody. All he can do is offer his financial resources in exchange for the securities he demands. He cannot, unlike politicians, use any type of force in order to gain the object of his desire. Instead, he is fully dependent on the willingness of his counterparty to engage in the exchange. The language of political leaders cited above is therefore misleading; abstaining from further purchases (as in the case of not buying government bonds anymore) or insuring already undertaken risks (as in the case of purchases of CDS) can hardly be called a "battle" or an "attack."

Speculators fulfill a vital signaling function in the market process. Their current signals should induce politicians to radically reduce the government's burden on society and return to fiscal discipline as quickly as possible. If anyone is to take the blame for the current mess in which European countries find themselves, it should not be the bearers of bad news but those who steered the affected economies in the unsustainable direction.

The idea that speculators are useless or even harmful is quite old, but nonetheless flawed. Economics teaches that the market's efficiency derives precisely from its ability to gather and make available dispersed knowledge. Speculators are one of the driving forces behind this process. Unfortunately, many commentators, as well as state officials, do not fully comprehend this fact and instead blame the market for Europe's problems. Thus, it is unlikely that the policy proposals they offer will revive a faltering economy.

Malte Tobias Kähler writes for a German debating magazine called Novo Argumente. With a master's degree in political science from the University of Münster in Germany, he is currently participating in a postgraduate program in economics under Professor Huerta de Soto at King Juan Carlos University, Madrid.