GET NEWS AND ARTICLES IN YOUR INBOXPrint
A
A
Home | Mises Library | It Is Not the Aggregate Demand, Stupid!

It Is Not the Aggregate Demand, Stupid! 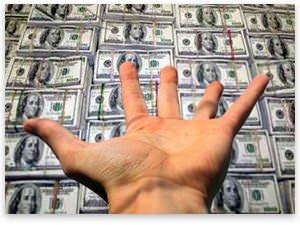 According to Obama's leading economic adviser, the current double-digit unemployment rate is obviously due to a "shortfall in aggregate demand." Indeed, former UC Berkeley professor Christina Romer even told the Wall Street Journal that, until her chief of staff advised her not to, she intended to title a recent speech "It's Aggregate Demand, Stupid."[1]

And just as obvious to her is the remedy that follows from this diagnosis: aggressive government stimulus should help small banks and bankrupt states of the union overcome their lack of liquidity.

How such policies can be made consistent with the present administration's post-spending-binge promise of budget discipline is, of course, still unclear. In fact, the only " obvious" thing about such a diagnosis and prescription is that they are very useful to the Obama gang. First, they make the market's animal spirits responsible for the current mass unemployment, thus excluding that it may very well be a consequence of the left-liberal path followed since 2008. Second, it even helps advocate making more of the same errors, and gives a great excuse not to get fiscally reasonable and to extend government power.

Contrary to what Christina Romer pretends, the "overwhelming weight of the evidence" is clearly not in favor of her Keynesian theory, however. There is one field in which the unemployment rate is higher than anywhere else: construction, with a score of 24.5%.[2] In fact 1 out of 6 unemployed workers is a construction worker. Adding in material-moving occupations, construction at large represents a quarter of total unemployment.

Also, states where employment conditions are the worst are, with the exception of Michigan, also those that benefited most from the housing bubble and construction boom: Nevada (13.4%), California (12.5%), and Florida (12.5%).

This may seem obvious, since the recession originated in a housing boom-and-bust cycle. Compared to 5 years ago, the number of housing units authorized by building permits is 65% lower. And the prices of those new houses are, on the national average, about 15% lower than the historic high they reached just 3 years ago. Between 2006 and 2008, they fell as much as 50% in certain places, like San Diego, California.

Now that the bubble has burst, an opposite movement should be taking place, with falling wages redirecting workers into other occupations. Yet, wages only stopped their increase for a while during the second half of 2008, regaining their upward trend in 2009.

There are at least two reasons why wages are particularly inflexible in construction. The first is that workers in that occupation have one of the highest rates of union membership, above 20%. The fact that unions have long since integrated Keynesianism as a perfect justification for their cause is perfectly illustrated by the following excerpt from a post on the AFL-CIO website:

While many employers are pushing down wages and benefits … union construction wages are helping hold up standards. For example, Massachusetts union construction workers earn an average of $13 more per hour than nonunion workers. When benefits are included, they average $28.35 more per hour than their nonunion counterparts. Those wages generate countless benefits for the Massachusetts economy, resulting in more than $2 billion in additional income for building trades' members and a total income gain of $1.74 billion for all Massachusetts families.

With state economies across the country in a tailspin, union construction wages helped boost Massachusetts' economy.

Such a statement may seem incredible: how can one dare assert that above-market-level wages in construction, where the supply of labor already far exceeds the demand for it, can benefit the economy? How does one come to think that spending money is the solution, regardless of the actual value of the services received by society in exchange for artificially high incomes? How can one remain blind to the relationship between this folly and high unemployment?

There is, however, little difference between the opinions expressed by union leaders and by presidential advisers. Some say that Obama and his advisers are simply paying unions back for the support received during the campaign. I, personally, do not believe in such conspiracy theories: they rely on the unrealistic assumption that the government actually knows what it is doing.

It is true, however, that the inclusion of the New Deal–inherited Davis-Bacon provision of the Recovery Act supports unions' fantastic claims, requiring state governments to pay union wages to workers on construction projects financed with stimulus money. As a consequence, public works bid up the employment cost of private construction projects.

True enough, this is not the only way in which government intervention harmed "aggregate demand" recently:

Massive borrowing created a great opportunity for banks to invest in Treasuries, rather than elsewhere. As a consequence, commercial banks increased their spending on government securities by one third between 2008 and 2010.

Plus, federal profligacy had the further consequence of raising concerns about future inflation, as well as tax levels — uncertainties that have a detrimental effect on the "animal spirits" of entrepreneurs.

Even more important, of course, is the recent healthcare bill, the passage of which had been largely anticipated, at least as a risk. On the one hand, it implies higher costs for large-employee-base companies: precisely those on which general employment conditions depend. On the other hand, its complexity — and, in fact, secrecy — must have had a terrible impact on long-term hirings by small businesses.

Many complain today that the efficient-market hypothesis is still taught as a key element of financial economics. What should they say about the "shortfall of aggregate demand" explanation of crises and recessions? Indeed, the very idea of a shortage of aggregate demand is absolutely meaningless.

"The very idea of a shortage of aggregate demand is absolutely meaningless."

Say's law is pretty simple: aggregate demand is aggregate supply. Perhaps it makes sense to distinguish between supply and demand at the microeconomic level, because all indirect exchanges are exchanges of units of goods against units of money. But it does not make sense to do so at the macro level, where indirect exchanges are complete — meaning that those who received units of money either exchanged them against the units of the goods they desired or added them to their cash balances, thus modifying the purchasing power of money and the monetary value of all goods.

Thus, there can never be any shortage of aggregate demand, since aggregate demand is nothing but aggregate supply as expressed by the supply of money. Imagine an economy that produces 100 goods per year, and has a fixed stock of money of 150 coins. Each year, individuals spend 80 coins on consumption, and invest 20. The remaining 50 coins are held in cash balances and, in the aggregate, are never in circulation. Simplistically, let's assume that, in this situation, each good is worth 1 coin and there is no unemployment.

One day, for some reason, individuals increase their cash balances, meaning that they "hoard" more coins than before. Suddenly, they spend and save, respectively, 72 and 18 only. 10 coins are thus added to cash balances. While aggregate supply is unaffected (100 goods,) aggregate demand (the supply of money) falls to 90 coins. Clearly, this only means that, ceteris paribus, each good is now worth 0.9 coins only — i.e., that 1 coin is now worth more than 1 good. Less money is spent in the economy, but the monetary unit is worth more. Production (aggregate supply) is unaffected, and cash balances have increased. 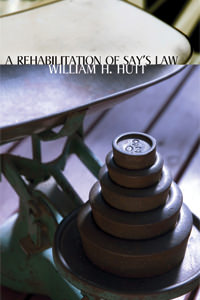 True enough, this Humean metaphor is deceiving: money is, as Hayek coined, a "loose joint," meaning that the structure of prices takes time to adapt itself to changes in the supply of money. But this, in turn, means that there can never, never, never be any shortage of aggregate demand (level of spending, supply of money) in the economy and that the best thing a government can do when consumption and/or investment are decreasing is to laisser faire.

Pumping money into the economy for fear of a shortage of aggregate demand would only distort a structure of prices that is already adapting to new spending patterns. Sadly, this is exactly what Obama's leading economic adviser is prescribing as a cure for abnormal unemployment levels.

[2] Unless otherwise specified, all data come from the Bureau of Labor Statistics.