The Inflationist View of History 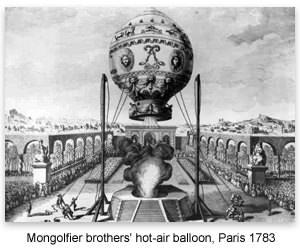 Tags Free MarketsHistory of the Austrian School of EconomicsInterventionismMonetary Theory

A very popular doctrine maintains that progressive lowering of the monetary unit's purchasing power played a decisive role in historical evolution. It is asserted that mankind would not have reached its present state of well-being if the supply of money had not increased to a greater extent than the demand for money. The resulting fall in purchasing power, it is said, was a necessary condition of economic progress. The intensification of the division of labor and the continuous growth of capital accumulation, which have centupled the productivity of labor, could ensue only in a world of progressive price rises. Inflation creates prosperity and wealth; deflation distress and economic decay.1 A survey of political literature and of the ideas that guided for centuries the monetary and credit policies of the nations reveals that this opinion is almost generally accepted. In spite of all warnings on the part of economists it is still today the core of the layman's economic philosophy. It is no less the essence of the teachings of Lord Keynes and his disciples in both hemispheres.

The popularity of inflationism is in great part due to deep-rooted hatred of creditors. Inflation is considered just because it favors debtors at the expense of creditors. However, the inflationist view of history which we have to deal with in this section is only loosely related to this anticreditor argument. Its assertion that "expansionism" is the driving force of economic progress and that "restrictionism" is the worst of all evils is mainly based on other arguments.

It is obvious that the problems raised by the inflationist doctrine cannot be solved by a recourse to the teachings of historical experience. It is beyond doubt that the history of prices shows, by and large, a continuous, although sometimes for short periods interrupted, upward trend. It is of course impossible to establish this fact otherwise than by historical understanding. Catallactic precision cannot be applied to historical problems. The endeavors of some historians and statisticians to trace back the changes in the purchasing power of the precious metals for centuries, and to measure them, are futile. It has been shown already that all attempts to measure economic magnitudes are based on entirely fallacious assumptions and display ignorance of the fundamental principles both of economics and of history. But what history by means of its specific methods can tell us in this field is enough to justify the assertion that the purchasing power of money has for centuries shown a tendency to fall. With regard to this point all people agree.

But this is not the problem to be elucidated. The question is whether the fall in purchasing power was or was not an indispensable factor in the evolution which led from the poverty of ages gone by to the more satisfactory conditions of modern Western capitalism. This question must be answered without reference to the historical experience, which can be and always is interpreted in different ways, and to which supporters and adversaries of every theory and of every explanation of history refer as a proof of their mutually contradictory and incompatible statements. What is needed is a clarification of the effects of changes in purchasing power on the division of labor, the accumulation of capital, and technological improvement.

In dealing with this problem one cannot satisfy oneself with the refutation of the arguments advanced by the inflationists in support of their thesis. The absurdity of these arguments is so manifest that their refutation and exposure is easy indeed. From its very beginnings economics has shown again and again that assertions concerning the alleged blessings of an abundance of money and the alleged disasters of a scarcity of money are the outcome of crass errors in reasoning. The endeavors of the apostles of inflationism and expansionism to refute the correctness of the economists' teachings have failed utterly.

But we must ask ourselves at this point of our inquiries whether it is not possible that there are other reasons that could be advanced in favor of the inflationary interpretation of history. Is it not possible that the champions of inflationism have neglected to resort to some valid arguments that could support their stand? It is certainly necessary to approach the issue from every possible avenue.

On these assumptions the intensification of the division of labor, the evolution from the economic self-sufficiency of households, villages, districts, and countries to the world-embracing market system of the 19th century, the progressive accumulation of capital, and the improvement of technological methods of production would have resulted in a continuous trend toward falling prices. Would such a rise in the purchasing power of the monetary unit have stopped the evolution of capitalism?

The average businessman will answer this question in the affirmative. Living and acting in an environment in which a slow but continuous fall in the monetary unit's purchasing power is deemed normal, necessary, and beneficial, he simply cannot comprehend a different state of affairs. He associates the notions of rising prices and profits on the one hand and of falling prices and losses on the other. The fact that there are bear operations too and that great fortunes have been made by bears does not shake his dogmatism. These are, he says, merely speculative transactions of people eager to profit from the fall in the prices of goods already produced and available. Creative innovations, new investments, and the application of improved technological methods require the inducement brought about by the expectation of price rises. Economic progress is possible only in a world of rising prices.

This opinion is untenable. In a world of a rising purchasing power for the monetary unit everybody's mode of thinking would have adjusted itself to this state of affairs, just as in our actual world it has adjusted itself to a falling purchasing power of the monetary unit. Today everybody is prepared to consider a rise in his nominal or monetary income as an improvement of his material well-being. People's attention is directed more toward the rise in nominal wage rates and the money equivalent of wealth than to the increase in the supply of commodities. In a world of rising purchasing power for the monetary unit they would concern themselves more with the fall in living costs. This would bring into clearer relief the fact that economic progress consists primarily in making the amenities of life more easily accessible.

In the conduct of business, reflections concerning the secular trend of prices do not play any role whatever. Entrepreneurs and investors do not bother about secular trends. What guides their actions is their opinion about the movement of prices in the coming weeks, months, or at most years. They do not heed the general movement of all prices. What matters for them is the existence of discrepancies between the prices of the complementary factors of production and the anticipated prices of the products. No businessman embarks upon a definite production project because he believes that the prices, i.e., the prices of all goods and services, will rise. He engages himself if he believes that he can profit from a difference between the prices of goods of various orders. In a world with a secular tendency toward falling prices, such opportunities for earning profit will appear in the same way in which they appear in a world with a secular trend toward rising prices. The expectation of a general progressive upward movement of all prices does not bring about intensified production and improvement in well-being. It results in the "flight to real values," in the crack-up boom and the complete breakdown of the monetary system.

If the opinion that the prices of all commodities will drop becomes general, the short-term market rate of interest is lowered by the amount of the negative price premium.2 Thus the entrepreneur employing borrowed funds is secured against the consequences of such a drop in prices to the same extent to which, under conditions of rising prices, the lender is secured through the price premium against the consequences of falling purchasing power.

A secular tendency toward a rise in the monetary unit's purchasing power would require rules of thumb on the part of businessmen and investors other than those developed under the secular tendency toward a fall in its purchasing power. But it would certainly not influence substantially the course of economic affairs. It would not remove the urge of people to improve their material well-being as far as possible by an appropriate arrangement of production. It would not deprive the economic system of the factors making for material improvement, namely, the striving of enterprising promoters after profit and the readiness of the public to buy those commodities that are apt to provide them the greatest satisfaction at the lowest costs.

Such observations are certainly not a plea for a policy of deflation. They imply merely a refutation of the ineradicable inflationist fables. They unmask the illusiveness of Lord Keynes's doctrine that the source of poverty and distress, of depression of trade, and of unemployment is to be seen in a "contractionist pressure." It is not true that "a deflationary pressure … would have … prevented the development of modern industry." It is not true that credit expansion brings about the "miracle … of turning a stone into bread."3

Economics recommends neither inflationary nor deflationary policy. It does not urge the governments to tamper with the market's choice of a medium of exchange. It establishes only the following truths: