Inflation: What You See and What You Don't See | Mises Institute
Skip to main content

GET NEWS AND ARTICLES IN YOUR INBOXPrint
A
A
Home | Mises Library | Inflation: What You See and What You Don't See

Inflation: What You See and What You Don't See 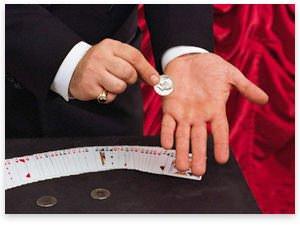 In an attempt to fight the international credit market turmoil and its effects on economic activity and overall prices, the US Federal Reserve (Fed) keeps increasing the supply of base money — which is cash in circulation and commercial banks' money balances held with the Fed.

From August 2008 to May 2009, the monetary base in the United States more than doubled. The bulk of the expansion reflects an unprecedented rise in banks' excess reserves — that is, banks' base money which is available for additional credit and money creation.[1]

People are being told by governments, central bankers, and leading mainstream economists that such a policy wouldn't be inflationary — because the money would remain in the portfolios of banks and would not spill over into the hands of firms and private households.

This is, to put it mildly, an uninformed view. To show that a rise in base money is inflationary — that it either lowers the purchasing power of money or, what basically amounts to the same, prevents money's exchange value from rising — let us start right from the beginning.

If you ask mainstream economists what inflation is, they typically respond that inflation is an ongoing rise in the consumer price index of more than 2 or 3 percent per annum; if the increase remains between zero and 2 to 3 per annum, these economists would speak of price (or price-level) stability.

Currently, annual changes in consumer price are running at around zero. So it comes as no surprise that mainstream economists do not see inflation whatsoever; in fact, they would warn against deflation — which they characterize as an ongoing decline in consumer prices.

The prices of assets such as stocks, bonds, real estate, and housing are typically considered different from consumer prices. Asset prices are seen as prices sui generis, especially as they are not included in the official definitions of price indices.

So-called asset price inflation — a term which mainstream economists use for characterizing the phenomena of extraordinarily strong and ongoing increases in the prices of, for instance, stocks and housing — is not seen for what it really is: a visible symptom of the erosion of the purchasing power of money.

What is more, mainstream economists wouldn't mind about the Fed increasing the monetary base, or commercial banks increasing money supply, per se. This is because they do not see a direct, let alone a logically necessary, link between changes in the money stock and the purchasing power of money.

From the Austrian viewpoint, such an argument does not hold water, though: had the money remained unchanged, money prices would have actually declined (other things being equal), thereby having increasing the purchasing power of money.

First, the visible effect is a rise in money prices; it is the result of a rise in the money stock while the supply of goods and services remains unchanged.

An Invisible Effect of a Rising Monetary Base

As far as its impact on prices goes, the rise in the monetary base sponsored by the Fed has so far been restricted to an invisible effect.

First and foremost, the base money increase prevents banks' troubled asset prices from adjusting to lower levels. Buyers of these assets have to pay a higher price when compared to the scenario in which the Fed hadn't increased the money supply.

In addition, prohibiting the prices of banks' assets from adjusting downwards keeps markets from performing an essential function, namely, rewarding those players who serve the needs of their clients and pushing those players out of the market who do not.

Furthermore, as prices of banks' troubled assets are kept from declining, the need for revaluing other assets (such as book loans extended to firms, house builders, and governments; bonds; stocks, etc.) tends to decline or is prevented altogether.

If, however, asset prices are kept from falling by monetary policy expanding the money supply, the mechanism of relative prices cannot do its job properly. It actually paves the way for making other prices — such as wages, and producer and consumer prices — go up.

A Visible Effect of a Rise in the Money Stock

Let us take a look at the visible effect caused by a rise of money on consumer prices — an effect that is put into question by mainstream economists. The graph below plots annual changes in the stock of M2 against those of the consumer price index from 1960 to May 2009.

At first glance, there isn't much of a correlation between the series under review. However, if a closer look is taken at series' underlying trends, which strip out short-term fluctuations and "noise," two findings stand out.

The (admittedly arbitrary) trend lines suggest that consumer prices will go up and that the latest drop in rising consumer prices should be interpreted as a temporary downward blip (driven by lower commodity prices).

Will It or Will It Not?

The multipliers — which show the relationships between credit and commercial-bank money stocks relative to banks' holdings of base money — have collapsed since late summer 2008. Banks' willingness and ability to churn out credit and money have declined severely.

Commercial banks are in a process of deleveraging and derisking their balance sheets. Private owners of the banks are no longer willing to risk their capital in the credit business at currently prevailing return levels.

That said, one can say that markets have embarked on a process of correcting the effects of misguided policies — caused by a relentless expansion of circulation credit and money created out of thin air, encouraged by central banks' artificial lowering of interest rates.

Such a development would be highly undesirable from the viewpoint of governments and their beneficiaries in particular; in fact, it would threaten their very existence. And it is from here that the real danger for even higher inflation comes.

Why Inflation Will Become Worse, Not Better

The policy of expanding the money stock is the foremost tool of government aggrandizement. It allows financing the state's income, public deficits, and elections, and for expropriating and corrupting members of society in the most subtle way. As Ludwig von Mises noted, 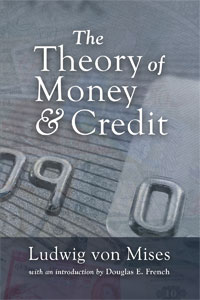 A government always finds itself obliged to resort to inflationary measures when it cannot negotiate loans and dare not levy taxes, because it has reason to fear that it will forfeit approval of the policy it is following if it reveals too soon the financial and general economic consequences of that policy. Thus inflation becomes the most important psychological resource of any economic policy whose consequences have to be concealed; and so in this sense it can be called an instrument of unpopular, i.e. of anti-democratic, policy, since by misleading public opinion it makes possible the continued existence of a system of government that would have no hope of the consent of the people if the circumstances were clearly laid before them. That is the political function of inflation. It explains why inflation has always been an important resource of policies of war and revolution and why we also find it in the service of socialism. When governments do not think it necessary to accommodate their expenditure to their revenue and arrogate to themselves the right of making up the deficit by issuing notes, their ideology is merely a disguised absolutism.

Those who hope that inflation will now come to an end — given that market is close to contracting circulation credit expansion and the money supply — implicitly express optimism that the government leviathan is on the retreat. Unfortunately, the latest developments — namely, increasing base money and the running up even bigger public deficits — don't support such a view.

Even though banks scale back on their lending activity, one should not forget that, under today's government-controlled fiat-money systems, the money stock can be increased at any time, in any amount deemed politically desirable. Tragically, deflation — the decline in the money stock, which is so widely feared these days — can be prevented if this is politically desired.

Inflation can be produced by central banks or commercial banks, simply by lending or purchasing assets from nonbanks, paying with newly issued money. As things stand, central banks' monetizing government debt is presumably the way forward for producing inflation — which is, and must be, defined as a rise in the money stock.

[1] Under normal market circumstances, banks would keep excess reserves close to zero, and they would just keep required, or minimum, reserves. Holding base money does not yield any interest income. So if the risk-reward profile of investment opportunities becomes attractive, banks can be expected to put their excess reserves to use — that is, they will either start lending or purchasing assets (stocks, bonds, etc.).