GET NEWS AND ARTICLES IN YOUR INBOXPrint
A
A
Home | Mises Library | Including the Ocean Floor, the Feds Own Much More Land than You Think

Including the Ocean Floor, the Feds Own Much More Land than You Think The Importance of Economic Calculation

Mises wasn’t saying that you couldn’t have a socialist society, he was saying that it’s not an economy, in the sense that decision makers are economizing regarding their decisions about the allocation of resources.

This rational calculation is impossible in a socialist economy.

Mises concluded, “Thus in the socialist commonwealth every economic change becomes an undertaking whose success can be neither appraised in advance nor later retrospectively determined. There is only groping in the dark. Socialism is the abolition of rational economy.” (p. 23)

Land Socialism in the United States

My interest in this topic was inspired by Yuri Maltsev. A few years ago, Dr. Maltsev gave a talk at Ferris State University focusing on the evils of Soviet socialism (a portion of the presentation can be seen here). Nobody disagreed with Yuri’s point that the Soviet economy was socialized, however, some took heavy issue with Yuri’s claim that the US economy was also socialized to a large degree.

Is US land ownership heavily socialized? Let’s begin answering this question by considering the states with the largest percentages of government-owned lands.

Admittedly there is some false precision in these numbers as the states and the federal government have some difficulty in accurately providing statistics on their land ownership.

Next, consider the largest federal agencies ranked by land ownership.

Texas, with 171 million acres, is the second largest state. We see here that the BLM and the Forest Service are both larger than Texas. And the fourth largest agency, the National Park Service, is larger than all but four states, Alaska, Texas, California, and Montana, slightly larger than New Mexico’s 77.6 million acres.

Note that these numbers do not include the Bureau of Indian Affairs. The federal government claims that the 55 million acres of BIA lands are Indian lands not federal lands. I don’t know if the Indian tribes agree with this assessment. The Indian lands, if they were a state would be the 11th largest state, almost equal in size to Utah’s 54.3 million acres.

A map of the government land ownership will help us put things in perspective.

Note that this map shows only the federal holdings and the Indian lands and omits the 200 million acres of state lands. Still, it provides us with an illustration of the degree of land socialism in this country. The federal government owns most of the land roughly from the Continental Divide west to the Pacific Ocean.

Government-owned Lands in the Oceans

What about the submerged lands? The federal government also claims ownership over what they call the submerged lands of the US. These claims began with 1799 legislation regarding the “customs waters,” allowing the boarding of foreign flag vessels within 12 nautical miles of the coast. Over time, these claims have expanded and in 1945, Harry Truman declared US government jurisdiction and control over the continental shelf. During the next decades, governments of the world claimed increasingly larger amounts of the ocean beds. Problems occurred, however, if two governments disagreed over these claims. This became a United Nations issue in the 1970s, and in 1982, at the United Nations Convention of the Law of the Sea, the countries of the world came to an agreement regarding their Exclusive Economic Zones (EEZ), whereby each country owned the sea and the sea beds out to 200 nautical miles offshore.

Due to Congressional resistance of United Nations treaties, Congress did not ratify this agreement. But Ronald Reagan, in 1983 simply proclaimed sovereign rights over the US Exclusive Economic Zone. He ratified the agreement by presidential mandate.

According to a Department of the Interior report, there are 3.9 billion acres in the US EEZ. Reagan’s proclamation was the biggest land grab in US government history.

Consider this map of the US that includes the US EEZ. The various colors highlight the regions of the EEZ.

The federal government owns the sea beds out to 200 nautical miles off of the Atlantic and Pacific coasts and much of the Gulf of Mexico. Due to the Alaska Peninsula and the Aleutian Islands, there is a tremendous amount of EEZ lands off of the Alaskan coast. And the US government claims ownership over immense amounts of the Pacific Ocean, much of which is due to the military use of small islands during World War II.

For instance, the Johnston Atoll in the Pacific was used as an airstrip of about one square mile during WWII. Since this tiny island is now a federal holding it allows the government to claim ownership over 166,000 square miles of ocean sea bed, which is approximately the size of California.

We can now consider the total amount of US government lands. 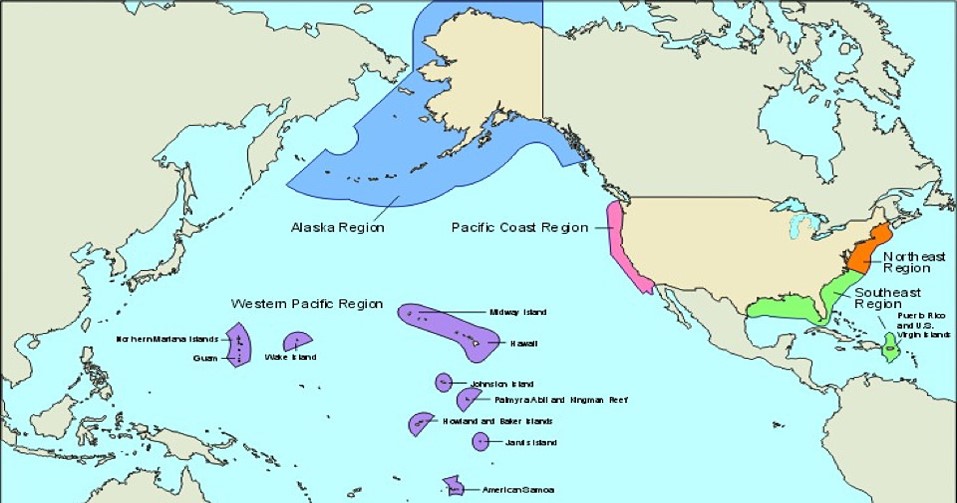 Thus, 76.9 percent of total land in the United States is government owned. There is no doubt that regarding this essential resource, land, our economy is heavily socialized.

Back to the Calculation Problem

The government ownership of lands leads to several economic problems. Government officials can use their control of the natural resources to reward politically favored industries and punish their political enemies. Second, government restrictions on the use of resources on government lands limits economic growth. Third, and this is Mises’s point regarding socialism, land socialism will create economic calculation problems.

Due to the high degree of government land ownership, the US government distorts economic calculation in the exact manner that Mises explained and predicted in 1920.

There are many reasons we should be skeptical of the GDP statistic. But it is nonetheless important to understand...

The Case for Free Trade