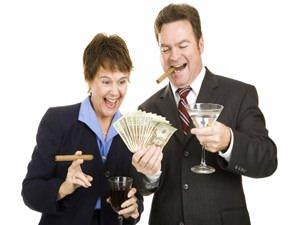 Those campaigning for a substantial jump in the minimum wage all assert that the purpose is to help working families. Unfortunately, careful students of the evidence come to a different conclusion. As Mark Wilson summarized it, “evidence from a large number of academic studies suggests that minimum wage increases don’t reduce poverty levels.”

Some workers lose jobs (high minimum-wage states have among the highest unemployment rates); others have hours cut. The least-skilled get competed out of the jobs that remain (e.g., the minimum wage hits teenage employment hardest). It crowds out on-the-job training, impeding workers’ ability to learn their way out of poverty. And those effects are worse in a recession. It also raises costs and prices that workers pay as consumers.

How can we explain support for a policy that harms many of those supporters say they wish to help? We explain it by focusing not on low-income workers, but their substitutes.

Similarly, increasing the minimum wage will raise the cost of hiring low-wage workers. And while it might actually hurt low-wage workers, it will help each substitute for low-wage labor by increasing its demand. Thus, the narrow self-interest of those offering substitutes for low-skill labor, rather than compassion for the working poor, may best explain support for higher minimum wages.

Union employers benefit as well, because the higher costs imposed on non-union competitors raise the prices they must charge, increasing demand for union employers’ output.

This can also explain why other “altruists” support higher minimum wages.

Because all these substitutes for minimum-wage workers will see increased incomes, businesses and politicians in those locations will also benefit, and so join the bandwagon pushing for “doing good” in a way that directly benefits them.

Even Wal-Mart benefits from this effect. Because Wal-Mart already pays more than the federal minimum, in low-wage areas a federal minimum-wage increase raises competitors’ costs, but not theirs. In high-wage areas, supporting a higher federal minimum wage is a costless way for Wal-Mart to demonstrate compassion for workers.

Virtually everyone who supports higher minimum wages asserts their intent to help working families. But it may frequently be a false compassion whose common denominator is advancing one’s own self-interest while harming working families. That would also explain why so many are unwilling to seriously consider whether such compassion actually works, rather than just sounding good.

The same mechanism is at work in the depression-era Davis-Bacon Act, which is still in force. It required the payment of “prevailing wages” on any project that received federal money. But its genesis was the explicitly racist intent to exclude lower-cost southern firms employing black workers from underbidding local white workers for construction projects, by forcing them to pay their workers more.

A similar illustration came from South Africa, under apartheid. White labor unions backed “equal pay” laws for blacks and whites in the guise of helping black workers. But what it really did was raise the price of hiring blacks, who had less education and fewer skills on average, as well as being discriminated against, relative to the price of hiring whites. Whites gained, but black unemployment jumped as a result of that “compassion” on their behalf.

Another illustration from outside the labor market is the support of corn farmers, corn syrup processors, and those in their communities for restrictions on sugar imports from other countries. By substantially raising the price of sugar in the U.S., the policy has driven many candy makers and the jobs they create outside the U.S., harming those workers and their communities. But it has raised the price of a substitute for corn syrup, increasing demand for corn syrup and the inputs that go into making it, benefiting those in corn-producing states.

Most people don’t seem to recognize this clearly self-interested mechanism behind support for supposedly compassionate or altruistic policies to benefit others, which is why it typically stays under the political radar. But once a person thinks through it, the connection becomes obvious. Further, it suggests the appropriate test that should be applied in such cases: Whenever someone claims an altruistic reason to support a policy, but it clearly advances their narrow self-interest, the latter effect can explain such support regardless of whether it actually helps the supposed beneficiaries. Therefore, a great deal of cynicism is justified. And when their “story” for how supposed beneficiaries are helped cannot stand the slightest real scrutiny, as with the current minimum-wage campaign, there can be no doubt that such cynicism is justified.