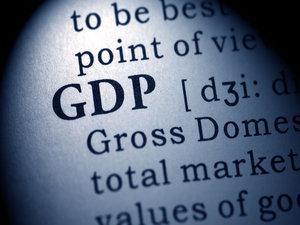 Recently, the Financial Times published an article containing charts displaying the correlation between government spending and real GDP growth.1 Based on these correlations, the author of the article, Matthew Klein, comments: “It’s no secret that spending cuts (and tax hikes) have retarded America’s growth for the past four years.” He goes on to argue that from mid-2010 to mid-2011, the reduction in government spending in the US shaved 0.76 percent off of the economic growth rate. Klein conjectures that this slowdown in the growth rate caused a level of real GDP today that is 1.2 percent less than it would have been in the absence of this exercise in “austerity.” He also points out that since 2012 almost all of the depressive effect on real GDP growth of government austerity was the result of the reduction in military spending. While some of the reduction was beneficial, Klein opines, “some of it represents a self-inflicted wound.” Indeed it may represent a self-inflicted wound on the Federal government, but in that case it benefits the private economy.

The Problem with Calculating GDP

Let us suppose a simple island economy in which the private sector produces 1,000 apples per year. Suppose further that the government of the island taxes the private producers 200 apples per year to sustain its military as it invades a neighboring island in order to neutralize a “potential terrorist threat.” According to standard national income accounting, which is deeply rooted in Keynesian economics, real GDP is calculated as 1,200 apples: the 1,000 (pre-tax) apples either currently consumed by the producers, invested by them in planting new apple trees to provide for future consumption, or paid out in taxes plus the 200 apples expended on the island’s military which is busily producing the “public good” of national defense. In other words, the island’s real GDP2 includes the 1,000 apples voluntarily produced by the private sector plus the “apple value” of national defense which is valued at its cost of production, that is, the 200 apples of compulsory tax revenues spent on conquering the adjacent island.

Now let us assume that by the next year the conquest has been completed and the island allegedly harboring the terrorists has been pacified. Our island’s government decides to cut its military and reduces taxes by 100 apples. All other things equal, real GDP falls from 1,200 to 1,100 apples, since national defense now contributes only 100 apples worth of government services to the 1,000 apples produced by the private sector. But there is the rub. The apples were voluntarily produced and therefore were demonstrably more highly valued than the resources (effort and time) used to produce them. In sharp contrast, there is no evidence whatever that the private producers/consumers valued the military services supplied by government more highly than the cost of producing them or even that they valued them at all. The reason is because government military spending was financed by the coercive extraction of resources from the private sector, whose members had no choice and therefore expressed no valuations in the matter.

No Way to Calculate Real Value of Tax-Financed Amenities

The same conclusion holds for any coercively-financed venture, such as government construction of an island infirmary. In the absence of voluntary production and exchange, there is no meaningful way of ascertaining the value of goods and services. The government investments and services may have some value to private consumers, but there is no objective scientific method of gauging what that value is. Indeed, assuming government wastes at least 50 percent of the resources expended, the net benefit to consumers of government production would be zero.

So for these and other reasons, national income accounting on Austrian principles would exclude government expenditures in calculating the total production of the economy. Thus in our island economy real output or what Austrians, following Murray Rothbard, call “Gross Private Product” or “GPP”3 is equal to only the 1,000 apples produced by the private sector and excludes government expenditures of 200 apples on the provision of military services (or an infirmary).4 But the 1,000 apples of GPP actually overstates the resources left at the disposal of the private sector, because 200 apples were forcibly siphoned off from potentially valuable private consumption and investment activities to fund government activities that can only be judged as wasteful from the point of view of the original producers of those resources. In this sense the 200 apples paid in taxes can be seen as a “depredation” on the private economy as measured by GPP.5

Netting out this depredation we then arrive at what Rothbard calls “private product remaining in private hands” or PPR. PPR equals GPP minus total depredation (i.e., government spending).6 In our hypothetical island economy PPR is therefore 800 apples (= 1,000 apples – 200 apples). Thus government spending should not be added to private production but rather subtracted from it to get a sense of the living standards of private persons engaged in productive economic activity.7

Based on the above analysis, when the island government cuts military spending by 100 apples, assuming no other changes, it does indeed reduce real GDP from 1,200 to 1,100 apples. However, from the Austrian perspective, real output of valuable goods remains constant at GPP = 1,000 apples, while the economic welfare of producers is significantly enhanced because depredation on their output falls by 100 apples causing PPR to rise from 800 to 900 apples! But this is not all. A portion of the tax cut of 100 apples will be devoted to investing in the seeding of new trees, thus increasing the capital sock and accelerating economic growth over time.

Even in the short run, there is likely to be positive growth of GPP due to “supply-side effects.” For instance the cut in marginal tax rates increases the opportunity cost of leisure and spurs producers to work more hours. The private labor force further expands with the influx of former soldiers. Thus it may turn out that GPP increases from 1,000 to 1,075 apples (and, consequently, PPR from 800 to 975 apples). In this scenario the 100-apple cut in government expenditure would be partially offset by the 75-apple rise in private product so that the GDP statistic would register a smaller decline then previously calculated, from 1,200 to 1,175 apples. Despite the decline of the meaningless GDP statistic, however, the result would be a boon for the private economy, as apple production, the real incomes and living standards of apple producers, and the capacity to produce apples in the future all improve.

From the Austrian standpoint, then, the path back to immediate economic health and sustainable long-term growth is massive tax and spending cuts anywhere and everywhere. Yes, this is austerity — but only for the government. Slashing political depredation on the private economy will release a cornucopia of current and future benefits on private consumers. And these benefits are virtually cost free because the resources consumed by the government budget are almost all a pure waste from the point of view of the private producers of those resources.

Deeply slashing the bloated budget of the US government by, say, 25 percent would not only cure the sham deficit problem, but more importantly it would rapidly reverse the trend of the declining middle class and powerfully and permanently stimulate the anemic long-run US economic growth rate. For the real problem is not the size of the budget deficit per se, but rather the depredation on gross private production contributed by the overall federal budget.8 Thus a US government budget of $4 trillion and a deficit of $500 billion represents far greater depredation on and is far more harmful to the private economy then a budget of $3 trillion partly financed by a deficit of $1 trillion.