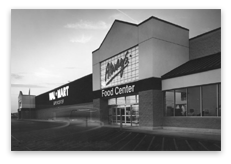 Are there any "good" reasons to not shop at Wal-Mart? We have been given plenty of "bad" reasons by the likes of not only New York Times columnist Paul Krugman and Sojourners magazine, but also our friends at Chronicles and The American Conservative magazines, who are parroting the far left. According to them, Wal-Mart destroys jobs, puts mom & pop operations out of business, is anti-union, pays low wages, exploits its workers, practices predatory pricing, destroys small towns, is too big, sells too much junk, doesn't provide health insurance to all of its employees, and, when all else fails, buys too much from "Red" China.

I live in a Wal-Mart town. I am within a very short driving distance of three Wal-Marts, and can, if necessary, easily drive to four others in 30 to 45 minutes. I can, therefore, speak with much experience under my belt (and in my wallet) about shopping at Wal-Mart. I even worked there once, part time, to supplement my other part time income while I was in college. That being said, my family and I do not buy everything at Wal-Mart. Even though Wal-Mart is certainly "the incredible stuff machine," it does not sell everything — at least not yet. But I do shop there enough to make me an expert witness to the fact that there are "good" reasons not to shop there. Here are ten of them.

Wal-Mart is usually crowded. If you don't like crowds, then you probably shouldn't shop at Wal-Mart. However, the same thing could be said about trying to get into a good restaurant on Friday night — at least in Pensacola, Florida. Do you want to save money but don't like crowds? Most Wal-Marts are open 24/7. Get there early in the morning or late at night. If you are in a hurry to shop on your way home from work, then fight the crowds or go somewhere else.

Although Wal-Mart has one of the largest parking lots of any one store, it can be tough to find a parking space on a Saturday afternoon. Many of the open spaces are quite some distance from the store. With gas prices as high as they are, no one wants to burn up their precious gas circling the parking lot at Wal-Mart looking for a parking space. The solution? Shop at another time or get some exercise and walk the distance from the parking spots that are the farthest out. You needed to loss some weight anyway. If you don't want to go to Wal-Mart during the week or you would rather not get some exercise, then shop somewhere else — the parking lot at K-Mart is usually empty.

When Wal-Mart gets really busy, the shopping carts disappear fast. There is nothing more frustrating than to park at the far end of the Wal-Mart parking lot, walk the distance up to the store, and then find that there are no shopping carts. Well, aside from going to another store, there is a solution. There are always shopping carts in the parking lot that can be brought up to the store as you walk from the back of the parking lot. And besides, with a shopping cart, you don't have to carry your returns — just put them in the buggy. If there are no carts to be found and you don't wish to wait for one, then go somewhere else this time or every time.

Although Wal-Mart has a multitude of checkouts, there is often a shortage of cashiers to man the checkouts. My pleas to the four supervisors standing around to get some additional cashiers usually go unheeded. True, I rarely have to wait at K-Mart. However, I don't like shopping at K-Mart — that is why I shop at Wal-Mart. So, what's the solution? See good reason #4.

Although each Wal-Mart has thousands of feet of shelves, sometimes they are empty. At the Wal-Mart I usually shop at, first it was pineapples, and then it was pinto beans — every time we went in the store the shelf was empty. Granted, we were looking for the Wal-Mart brand of pineapples and pinto beans, but still, we expected the shelves to be full of inventory. If someone is tired of empty shelves at Wal-Mart, then he can go somewhere else. But there is a reason that the shelves are always full at some other store — no one is shopping there. If full shelves for every item are more important to you than low prices and full shelves for most items, then by all means shop somewhere else.

I'll be the first one to admit, it is annoying to go back to Wal-Mart a few weeks after a purchase and look for the same item only to find that it is no longer carried or has been replaced by something else that is similar, but not what I wanted. But I am not dumb enough to think for a minute that I am entitled to be able to purchase the same identical item — even on the next day. If you don't like Wal-Mart for this reason then take your business elsewhere.

Contrary to popular opinion, the prices at Wal-Mart are not always the lowest. Milk, for example, can always be purchased cheaper somewhere else — at least where I live. But is it really worth the time and the gas to pick up something at another store for a lower price when the same identical item can be purchased while you are already in Wal-Mart? Not usually.

Looking for someone in charge of a particular department at Wal-Mart who has not left early and is not on break? You might want to think about it — a long time. I know this is not true in every department at every Wal-Mart, but it invariably happens when you need some information in a hurry. This may be a "good" reason not to shop at Wal-Mart for a particular item, but certainly not to boycott the store altogether. If it bothers you that much then take your business elsewhere.

If you still prefer the "bad" reasons for not shopping at Wal-Mart then by all means don't shop at Wal-Mart. Just quit citing your bogus reasons as if they were facts.

Wal-Mart has never caused any firm to go out of business. Wal-Mart can't close down any store but one of its own. It is the customers who no longer do business with a company or shop at a particular store who put that company out of business or closed that store.

Wal-Mart has never caused any person to become unemployed. Wal-Mart can't cause anyone to be unemployed except its own employees. If Wal-Mart treats its employees so badly, why do so many thousands of Americans work there? Are they too stupid to know that they are being exploited by greedy capitalists? Do they not know that they are earning subsistence wages? Are they not smart enough to know that their health is in jeopardy because they lack health insurance? Why is it that the people so concerned about how Wal-Mart treats its employees don't work for the company?

Whatever your reason, if you don't like Wal-Mart, then don't shop there and don't work there. And if it makes you feel better, don't live in any town that has a Wal-Mart store. Just don't expect us to do likewise.