How Not To Dismantle the Caste System 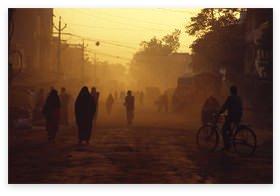 According to a recent news item, the Indian government will start offering a "dowry" of INR50,000 (about US$1,100) to anyone who marries someone from a lower caste. This money is more than 1.5 years of Indian per-capita GDP.

As per-capita GDP is an average, it is easy to imagine that this money is much more than what the majority of Indians will see in their lifetimes. Most cannot even imagine what this figure is.

I cannot but shudder at the social corruption this policy will cause.

This issue reminds me of my university days. I was brought up in a well-off family. I did my schooling in a private, missionary school. We all wore the same kind of uniform. And we had to sing a relatively secular prayer in the mornings. All this meant that our understanding of the caste system of India was mostly academic. This equanimity about the caste system did not last. After school when we went to the state-run university, most of us soon learned to look down on the lower caste — courtesy of the state.

After finishing the school, I went through an extremely competitive entrance examination to get admission into engineering. Those who gained admission were to become social heroes. I remember that the minimum required of the higher caste to gain admission was a score over 70 percent. Because of affirmative action, those of the lower caste had reserved seats.

Unfortunately, the state of public school education — in "schools" that often had no buildings or teachers — is so utterly bad that most of the lower-caste people who joined us knew close to nothing. Most of them had entered the university with exam scores under 10 percent. (Even negative scores were not unheard of.)

As a part of the social engineering process, I was not to get my own room in the student hall of residence. I was allotted a room with someone from a lower caste. We had nothing in common. Even our Hindi was so entirely different that we hardly understood each other. My roommate had probably never seen a proper road or slept under a non-thatched roof until he moved in. He certainly had no concept of gas cooking and was unaccustomed to the usage of electricity.

I ran from post to pillar to get someone more sophisticated and educated to join in my room. I wish I could have avoided hurting my original roommate, but I would have, eventually, anyway. I created all kinds of crazy stories to achieve my aim. Growing up in India, you learn to do this as a natural part of life. I hated the state for forcing me into that situation. Most of my peers began to use derogatory words against those from the lower caste.

There was more to come. Hardly anyone from the lower caste knew any English, the language for an engineering education. I soon saw that in the first-year class there were many more people than there were supposed to be. The reason is that most of the lower-caste students never passed. Scores of lower caste people had been there for more than a decade — several for twice as long. A lot of them eventually went back home with worse self-esteem than when they came. Many of those who matriculated with us were still in the first year when I left.

As if this were not enough, I was soon to realize that the lower-caste people had a special privilege. Any police report by a lower caste person against a higher-class person meant a non-bailable arrest warrant even without evidence. I quickly learned that it was safer just to keep my distance.

My classmates who joined the state-run institutions came to realize that those from the lower caste were on a fast-track program from promotion. You junior soon became your senior.

Certain lower-caste individuals benefited from the privilege; collectively, their situation only got worse.

Coming back to the case of the "dowry" that the Indian state is offering, all kinds of ugly things will happen to the poor people. They will be pawns in the hands of politicians looking for votes. Poor girls will be put in positions where they will be forced to prostitute themselves.

Several years from now when the horrendous effect of the "dowry" start becoming visible, Indian politicians will start talking about all the good intentions with which they started the policy. But instead of abolishing it, they will fiddle with it, and the cycle of corruption in the society will carry on.

Fortunately, this will not come to pass.

Such a policy, were it delivered by "honest" public servants, would quickly plunge the whole of the lower caste into utter moral corruption. The redeeming feature is that corrupt Indian bureaucrats and politicians will swindle away most of this "dowry." Thank goodness for corruption!

Call me sexist and casteist, but really, it is the poor people that I care to write for. The rich look after themselves well enough in every society and country. The supply of education is highly controlled, probably the most of all industries, and finding jobs in the prohibitively regulated manufacturing industry is almost impossible. If the poor people had some basic access to education and work, later generations would have something to build on.

There is only one kind of equality that should be celebrated in a free society, that is, equality before the law, or what Roderick Long calls more broadly "equality of authority." That kind of equality is exercised through free association. The best the state can do to bring about this ideal is to stop interfering in all manner of social and economic relations between people.