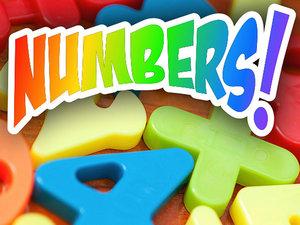 It is generally held that for an economist to be able to assess the state of the economy, he requires macroeconomic indicators which will tell him what is going on. The question that arises is this: why is it necessary to know about the state of the overall economy? What purpose can such types of information serve?

Careful examination of these issues shows that in a free market environment it doesn’t make much sense to measure and publish various macroeconomic indicators. This type of information is of little use to entrepreneurs. The only indicator that any successful entrepreneur must pay attention to is whether he makes profit. The higher the profit, the more benefits a particular business activity bestows upon consumers.

Paying attention to consumers’ wishes means that entrepreneurs have to organize the most suitable production structure for that purpose. Following various macroeconomic indicators will be of little assistance in this endeavor.

Thus if a businessman assessment of consumers demand is correct then he will make profits. Wrong assessment will result in a loss. The profit and loss framework penalizes, so to speak, those businesses that have misjudged consumer priorities and rewards those who have exercised a correct appraisal. The profit and loss framework makes sure that resources are withdrawn from those entrepreneurs who do not pay attention to consumer priorities to those who do.

“The Economy” Is Just a Metaphor

In a free market environment free of government interference, the “economy” doesn’t exist as such. A free market environment is populated by individuals, who are engaged in the production of goods and services required to sustain their life and well being, i.e., the production of real wealth. Also, in a free market economy every producer is also a consumer. For convenience sake we can label the interaction between producers and consumers (to be more precise between producers) as the economy. However, it must be realized that at no stage does the so called “economy” have a life of its own or have independence from individuals.

Individuals vs. the Economy

According to the mainstream way of thinking, one must differentiate between the activities of individuals and the economy as a whole (i.e., between micro- and macroeconomics). It is also held that what is good for individuals might not be good for the economy and vice-versa. Within this framework of thinking the “economy” is assigned a paramount importance while individuals are barely mentioned.

In order to validate the success or failure of government interference, various statistical indicators have been devised. A strong indicator is interpreted as a success while a weak indicator a failure. Periodically though, government officials also warn people that the “economy” has become overheated (i.e., it is “growing” too fast).

By lumping many activities into one statistic, government statisticians create a non-existent entity called the “economy” to which government and central bank officials react. (In reality however, goods and services are not produced in totality and supervised by one supremo. Every individual is pre-occupied with his own production of goods and services.)

In practice, so-called macroeconomic indicators are fictitious devices that are used by governments to justify intervention with businesses. These indicators can tell us very little about wealth formation in the economy or individuals’ well-being.