How Government Wrecks the Economy 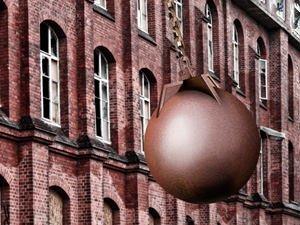 The fall of the Soviet Union should have spelled the demise of central planning, yet the socialist mentality thrives — albeit in a diluted form — in all governments in the so-called “free world.” No one explained the failures of pure socialism and of (the more moderate) interventionism better than Ludwig von Mises. Whether we want to understand why people are starving in North Korea, why minimum wage laws lead to teen unemployment, or what caused the boom and then crash in the U.S. housing market, the answer is in the Austrian School of economics. As the Obamacare disaster unfolds before our very eyes, it is critical for the average person — both adults and young people alike — to understand how economic science makes sense of these heartbreaking outcomes, and shows the way to solve them.

In this context, I am pleased to announce that on April 24, we will begin a six-week Mises Academy course that offers an introduction to the Austrian understanding of both pure socialism and of interventionism (or what is often called “the mixed economy” though Mises himself didn’t use that term). This course, titled “How Government Wrecks the Economy,” is the final installment of a three-part series that uses my Lessons for the Young Economist as the main textbook. (The first installment, “Action and Exchange,” gave an introduction to economic science and studied isolated individuals as well as a simple barter economy. The second course in the series, “Introduction to the Free Market,” explained money, comparative advantage, savings and investment, profit and loss, the stock market, and other topics in the setting of a pure market economy free from government interference. Both are available as independent study courses at the links provided, but they are not necessary to take the present course.) Specifically, in “How Government Wrecks the Economy” we will cover chapters 15 through 23 of Lessons for the Young Economist, finishing our coverage of the book.

The Scope of the Course

The weekly lectures will run from April 24 through May 29. At the conclusion of the second installment, we had just finished our study of the pure market economy. Therefore, we start this second installment by looking at pure socialism, or what is sometimes called “the command economy.” Although we will rely primarily on my Lessons as the text, the lectures will also bring in discussion from more advanced Austrian readings. For example, in the online class we will discuss in greater detail the important elements of the socialist calculation debate, in which Mises and Hayek distinguished the Austrian approach from the neoclassical mainstream. This opening section will cover both the pure theory of socialism and the (awful) empirical record of actual socialist regimes in the twentieth century. Although these are well-documented facts about the immense body count of socialism, you would hear nary a word about it in a conventional education, even in many private schools, let alone government-run institutions.

In the middle weeks, we will cover topics that are common in many introductory economics courses, but with an Austrian spin (where applicable). These topics include price controls, sales and income taxes, and tariffs and quotas. Here again, even though these results are standard among fans of the free market, they are not things students hear in typical programs, particularly in junior high or high school. For example, we will show that alleged “excesses of capitalism” such as the dreaded “slumlord” are really the outcome of government intervention — in this case, the result of rent control.

Once the standard free-market analysis is covered on these familiar subjects, we can generalize the findings to explain Mises’s point that a limited interventionist state is not stable; each intervention causes problems that inexorably lead to calls for further government interference in the economy.

Finally, we will cover the economics of drug prohibition, inflation, government debt, and the business cycle. Here the analysis will be distinctly Austrian, because the standard treatment in these subjects often leaves out important nuances in the argument. For example, the violence of the cocaine market is often blamed on the lack of government enforcement of property titles, which is a very odd move from a Rothbardian perspective. In this article at Mises.org I gave a better answer, more consistent with the rest of the Austro-libertarian approach. In this section of the online course, we will have plenty of opportunities to draw on other readings besides the textbook.

At the end of this six-week course, the student will have a thorough understanding of the myriad ways in which government interference with the market economy leads to human misery, and ironically causes the very problems that invite demands for government “solutions” in the first place.

Structure of the Course

In a typical week of the course, I will give a live video broadcast on Thursday from 5:30 – 7:00pm Eastern time. I will spend the first 75 minutes lecturing on that week’s material, and then I will field questions from students for the remaining 15 minutes. In addition, on Saturday I will have “office hours” at a varying time of day (in order to cater to different students each week), meaning that I will be available on a live video broadcast to answer questions from any students who tune in.

Note that the Saturday sessions are purely for the students’ convenience, and are not mandatory. Also, all broadcasts will be recorded and available to enrolled students, so that people who have a scheduling conflict can still take the class if they wish.

If a student wishes, he or she can simply “audit” the class. This has been a popular option for many adults who take Mises Academy classes to watch the lectures but, because of their work schedules, can’t keep up with the reading.

However, students may also take the class for a grade. These students will take a multiple-choice quiz each week, in addition to a final exam. Although the Mises Institute is not accredited, we will present certificates of completion and a formal grade at the end of the class to those students who desire it. Homeschooling parents in particular may decide that their child will receive excellent instruction in economic principles through this class.

The Mises Academy’s three-part series on “Basics of Economics” is appropriate for both working adults and homeschooling children. This final section, titled “How Government Wrecks the Economy,” provides an understanding of the failures of pure socialism as well as the more common menace, interventionism. Taking this class will allow the student to suddenly make sense of the apparently senseless chaos pervading the world, as well as show the path to a solution for so many of life’s woes which are completely unnecessary.