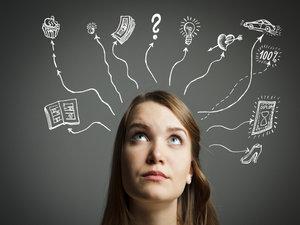 Ludwig von Mises was careful to establish the individual actor as the basis for all economic analysis. An individual acts to improve his circumstances. To do so, he chooses among various available means in order to achieve his ends. Those ends are based on his individual values, which are subjectively established. Methodological individualism and dynamic subjectivism are distinctive features of Misesian Austrian economics.

The Importance of Economics Based on the Individual

Interventionists and Keynesians, on the other hand, use economic aggregates such as GDP and aggregate demand as their basis for analysis. By reducing economic activity to a matter of measuring aggregates, interventionists seek to justify the manipulation of those aggregates in order to establish policy goals, and to design interventionist policies that purportedly are intended to achieve those goals.

In order to manipulate such immense aggregates, Keynesians turn to powerful government institutions that, the Keynesian rationale goes, are necessary to manage such a huge economy. These institutions include not only government agencies and regulations, but also their favored partners including big banks (protected financial franchises benefiting from central bank policies and bailouts), big pharma (government-protected pharmaceutical monopolies), and big food (government-protected purveyors of government-approved diets).

This regulation and manipulation is supposedly done for the good of “the economy,” but in the face of so much government favoritism and management for the benefit of certain special interests, it is easy for individual economic actors to feel disempowered. And it’s not just a feeling. The more government intervenes to control markets, the less sovereignty the consumers have.

An example is the increasing domination of the major Wall Street banks in the US. Consumers and small businesses report in surveys that two-thirds of respondents consistently report dissatisfaction with big banks, and three-quarters say it is important to bank locally. Yet, the number of community banks has declined by 24 percent over 2000–2013, while big banks grew their share of deposits — the five biggest banks now hold 47 percent of deposits, and in some counties, as much as 75 percent of deposits. Their low consumer satisfaction scores are a result, at least in part, of higher prices. For example, Consumer Reports found that the ten largest banks charged a monthly fee of $10.27 for a non-interest checking account, compared to $7.45 at small banks and $6.00 at the ten biggest credit unions.

Professor Amat R. Admati of Stanford University stated in testimony to the Senate Banking Committee in July 2014 that Too-Big-To-Fail legislation provides an explicit subsidy to large banks in the form of a lower cost of capital, and bemoaned the “extreme opacity of large banking institutions” that grow “to inefficiently large sizes.”

Yet customers do not switch. Some of this can be explained by the convenience found in banking with a very large enterprise, but consumers also find it costly to switch to smaller banks in the face of market dominance facilitated by government protection.

Things would be different if big banks had to truly compete. In Liberty and Property Mises explained that the real power in the market lies with individual consumers who are making the choices that ultimately determine output and prices; he termed it “consumer sovereignty.” Murray Rothbard in Man, Economy, and State elevated the idea of individual economic power, emphasizing not only the right to choose, but also (and perhaps more tellingly) the right to refuse: “Economic power, then, is simply the right under freedom to refuse to make an exchange. Every man has this power. Every man has the same right to refuse to make a proffered exchange.”

To choose and refuse to make an exchange, i.e., to do business with any other economic entity, is the essence of individual economic power.

True Diversity in the Marketplace

True freedom in the marketplace can greatly shape a consumer’s entire lifestyle.

In their financial lives — if true market competition is allowed — individual economic actors can refuse to do business even with big Wall Street or global banks, and choose, instead, community banks or credit unions.

In their home lives, consumers can install solar panels or a home generator and disconnect from the regulated energy utility. This releases them from guaranteed price increases, often caused by the need for the utilities to support their excessive pension commitments, and the charges imposed by the forced redistribution of energy subsidies to low-income households.

Consumers can refuse to buy from the food companies that hide behind government food regulations and agricultural subsidies, and instead choose smaller, more local and healthier options. They can choose online education in the form of free MOOC’s (Massive Open Online Courses offered by top professors at many universities) or pay per course from online providers like Udemy, and refuse the offerings of pro-government biased content and tenured Keynesian professors. They can choose Uber and refuse the highly regulated local taxi monopoly, which is often typified by old, uncomfortable, and poorly maintained vehicles caused by the high cost of taxi regulations and lack of competition.

On the other hand, every government subsidy, every regulation, and every tax-code change that favors one group of businesses over another reduces consumer sovereignty. This interference results in monopolies and oligopolies which are typically the product of government intervention in markets.

Nevertheless, short of a total monopoly — such as those often enjoyed by the government itself in law and other areas — the individual economic actor does have freedom to refuse to do business with these government-favored industries.

A Partnership of Entrepreneurs and Consumers

Freedom of choice is best secured by allowing true freedom for both entrepreneurs and consumers.

Entrepreneurs “are at the helm and steer the ship,” Mises noted in Human Action. “But they are not free to shape its course. They are not supreme, they are steersmen only, bound to obey unconditionally the captain’s orders. The captain is the consumer.”

Not only is the exercise of individual economic power a choice, it is a powerful tool for directing change, one that we can wield with purpose. As Frank Fetter wrote in The Principles of Economics: “Every individual may organize a consumer's league, leaguing himself with the powers of righteousness. Every purchase has far-reaching consequences. You may spend your monthly allowance as an agent of iniquity or of truth.”