How Fractional Reserves and Inflation Cause Economic Inequality 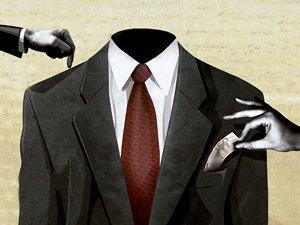 Mises Institute: How would you translate your new book’s title into English?

Andreas Marquant: I would like to say The State Causes the Poverty It Later Claims to Solve. This is the title of my article on mises.org last December. An even better title could be The Austrian Answer to Thomas Piketty.

MI: When caused by state intervention, what is the primary source of the problem?

AM: The primary source is fiat money inflation and the artificial increase of the money supply by bank credit. The greater fiat money inflation is, the more unjust are the consequences. The early recipients of newly-created money are the winners. The later receivers of the new money are the losers. This is certainly true when prices are clearly increasing, but the same redistribution effect also exists when money creation takes place in a situation where prices for goods and services should be falling but are not. For example, in an economy where worker productivity is increasing, prices should be falling. But even if prices remain more or less constant, a gigantic redistribution through the money printing press may be under way as workers become more productive but see no benefit from it, thanks to inflation.

But the redistribution does not only work through its effects on the prices of goods and services. Have a look at the equity markets. The money created by the FED or the European Central Bank leads to new record-breaking prices at the equity markets. If you have a big block of shares already, you can benefit when this happens, but what if you cannot afford to buy stocks because your energy bill and food expenditures are rising continuously? And often, one very important point is forgotten: the transfer of wealth is irreversible, even if the new money disappears again.

MI: In your book you contend that “good money” is important for economic prosperity. What is good money and why is this true?

AM: Commodity money is good money because it is free-market money. The money supply would be expanded by natural and free production only, through voluntary exchange. This is the reason that in the past, precious metals such as gold and silver were used as money very often. We have good money when the government has nothing to do with the monetary system and people themselves can decide what money they want to use spontaneously and without any coercion from the state.

MI: Someone who objects to your argument might say “Just look at the 19th century. That was a period with a gold standard and capitalism, and yet we saw lots of inequality at that time, didn’t we?”

AM: In that case, banks had the privilege of holding only a fractional gold reserve, which is clearly not a true gold standard. That is, they still could create money out of thin air and give it to some people, while others did not receive this money but had to deal with prices that were higher than they otherwise would have been. So there was indeed a redistribution stemming from the inflationary production of fiduciary media also in the 19th century. And in that case also, the redistribution had a tendency of being in favor of the already well-off since the already-wealthy could provide better guarantees for the loans created out of thin air. Of course, the scale of the monetary redistribution of the 19th century was tiny in comparison with the creation of fiat money today.

That being said, the 19th century was a time of a great industrialization. Railroads and water delivery systems were being built, the steel industry was growing rapidly, and for many entrepreneurial people, it was the chance of a lifetime. Some were more clever and faster than others, so naturally, some people got richer than others in these exciting times of extraordinary growth. But where is the problem if it is the consequence of voluntary interactions? As I noted earlier, inequality is a natural phenomenon. What has to be criticized: if entrepreneurs get subsidies from government or they receive money created out of thin air, then that is a case where one group of people is being forced to benefit another group.

MI: When you looked at Piketty’s book what stood out to you as some of the biggest errors in it?

AM: Piketty’s biggest error is to conclude from the data collected that under capitalism the rich get richer in relation to everyone else. I’m afraid that such a claim is nonsense. Piketty takes his data from a period that is characterized by both capitalism and socialism, and then he attributes everything he dislikes to capitalism. Yet his data is not from a capitalist world. The economic system in which we live today is a crony capitalist system or, we might say, a system of money socialism. And that’s Piketty’s greatest error: to blame capitalism for the negative effects of crony capitalism and money socialism. But perhaps it is no error. Perhaps, he only wants to be loved by politicians and the IMF. I think they love him already, though.

Andreas Marquart is executive director of the Ludwig von Mises Institute Germany. He has been an independent financial consultant for more than 15 years and is a proponent of the Austrian School of economics.