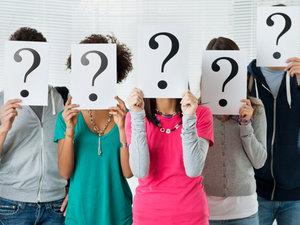 I was going through the textbook for my economics principles course recently, thinking about how I could better reconcile the fact that since only individuals choose, the logic of economics is about individual choices facing the fact of scarcity. Yet macroeconomics is generally presented directly in terms of aggregates and how to control them, as if aggregates were the relevant measures.

The Limits of Macroeconomics

Perhaps in over-reaction to the paltry discussion such issues received in my undergraduate and graduate training, I spend a substantial amount of class time on the limitations of macroeconomic aggregates. For instance, I emphasize that not a single macroeconomic variable measures what we would like to know accurately. This is why we often evaluate more than one imperfect measure to see if the “story” they tell is consistent. We do this to estimate how much confidence can be placed in a particular “fact” (like what the official unemployment rate or a measure of inflation-adjusted output did over a given period). This is why I feel the need to drive home problems aggregation can cause more clearly to my students.

With that in my head, I read the textbook’s introduction to “net taxes.” It struck me how “looking behind the curtain” at that category illustrate how aggregation can hide information and distort important conclusions.

Say that the government taxes one subset of the population $3 trillion, and provides $2 trillion in transfer payments (food stamps, unemployment insurance, Social Security, etc.) to another subset. The net effect on households’ aggregate disposable income is a reduction of $1 trillion. But to consider only that net number in an analysis is to ignore very important considerations.

What’s Behind The Big Numbers?

Most obviously, the net number ignores what can be vastly different treatment of different households. And that is crucial to any moral or ethical evaluation of the effects. That is particularly true when we want to know the extent to which government offers “liberty and justice for all,” as we say in the Pledge of Allegiance — that is, how much it honors individuals’ self-ownership and their derivative rights to their own production. A state that steals from Peter to pay Paul on a massive scale violates our inalienable rights in ourselves, but aggregating the effects into “net taxes” hides those effects from view.

The adverse supply-side effects that such policies have also disappear from view when we overlook the redistribution. The reason is that when we “tax the rich and give to the poor,” we reduce both parties’ productive incentives. The higher tax rates faced by higher income earners reduces the fraction of the value they produce for others that they take home, so they shelter more and earn less income. That is, they do less for others with the resources at their disposal than they otherwise would have.

Less noticed is that the aid given to the poor is also conditional on them staying poor. For instance, people lose 30 cents in food stamps for each dollar of earnings counted by the program. They, too, therefore keep a smaller fraction of what their efforts produce for others, and will also produce less for others than they would otherwise.

Hiding redistribution — and the extent to which it reduces jointly-beneficial production by focusing on “net taxes” — is not the only way in which aggregation distorts. For example, it is notable that those who back policies such as higher minimum or “living” wages because they will “help the poor,” primarily argue for it because they assert lower income earners, as a group, will have greater incomes.

Now, there are a host of issues involved in deciding whether that is true, but a focus on that question ignores that there will be a substantial number of lower skill workers who will lose their jobs and/or hours worked, fringe benefits, on-the-job training that builds future income potential, etc. They will be worse off. And arguing that the group in the aggregate might have higher incomes, which only means one subset’s increased earnings will be at least somewhat greater than another subset’s decreased earnings, in no way justifies harming large numbers of that group who are also poor, in the name of helping the poor.

As Friedrich Hayek notes in “The Use of Knowledge in Society” (and elsewhere), the aggregation that is part and parcel of central planning by its nature throws away a great deal of valuable information. The “particular circumstances of time and place” which enable value creation and that only some individuals know (i.e., not the central planner), can be utilized only by decentralizing decisions to those who are most expert in those details, in combination with the information others provide via their market choices. But such knowledge

by its nature cannot enter into statistics and therefore cannot be conveyed to any central authority in statistical form. The statistics which such a central authority would have to use would have to be arrived at precisely by abstracting from minor differences between the things, by lumping together, as resources of one kind, items which differ as regards location, quality, and other particulars, in a way which may be very significant for the specific decision. It follows from this that central planning based on statistical information by its nature cannot take direct account of these circumstances of time and place and that the central planner will have to find some way or other in which the decisions depending on them can be left to the “man on the spot.”

Aggregates used in constructing gross domestic product (GDP) have severe limitations as well. They rely on prices paid to assign values to goods or services exchanged. This demonstrated preference approach makes sense for purely market driven behavior, as the value for each unit would have to be greater than the price paid for self-interested individuals who make the purchases. Even here, however, the excess value over what was paid that motivated the purchases (termed consumer surplus) is ignored. But where government intervenes, accuracy is severely degraded.

For example, if government gives a person a 40 percent subsidy for purchasing a good, all we know is that the value of each unit to the buyer exceeded 60 percent of its price. There is no implication that such purchases are worth what was paid, including the subsidy. And in areas in which government produces or utilizes goods directly, as with defense spending, we know almost nothing about what it is worth. Citizens cannot refuse to finance whatever the government chooses to buy, on pain of prison, so no willing transaction reveals what such spending is worth to citizens. And centuries of evidence suggest government provided goods and services are often worth far less than they cost. But such spending is simply counted as worth what it cost in GDP accounts.

These aggregation issues do not do more than scratch the surface of the problems that arise with aggregation. There are plenty more once we dig into the details. For instance, the way employment and unemployment data are aggregated and reported, it is possible to have a job but not be officially employed or unemployed (e.g., workers under age 16), to have a job but be officially unemployed (e.g., workers in the underground economy), and to be officially employed but not currently working (union members on strike). Further, one person can be counted as multiple employees and employment and unemployment rates can move in the same direction at the same time.

The main point, however, is that to rely on aggregates as the focus moves attention away from individuals, who are the only ones who choose, act, and bear consequences. Even without further complexities and problems, that approach can hide everything from income redistribution between different groups (net taxes) to income redistribution within groups (minimum and living wage laws) to supply-side effects on production (taxes and means tested government benefit programs) to the impossibility of central planners directing an economy efficiently (with statistics that throw away details that are crucial to the creation of wealth) to the ambiguity of measures of the value of output (government production assumed to be what it cost). That is a lot to disguise or misrepresent, and such issues provide more than ample reason for suspicion whenever someone puts forth an argument from a major premise that “government aggregate X did Y, therefore we know that Z follows.”