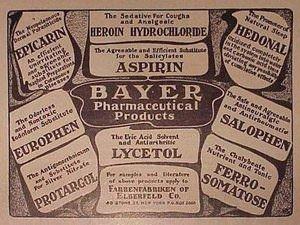 Desomorphine, a grotesque new drug known on the street as krokodil, has been making news for its increasing popularity as a cheap substitute for heroin, albeit with a devastating range of ill effects of its own. Reports allege that it originated in Siberia in 2002 and has become common in Russia and other Eastern European countries.

The name itself seems to corroborate this, krokodil is Russian for crocodile, and refers to the reptilian-like scales caused by the severe tissue damage from repeated use of this killer drug. For an addict, the life expectancy is less than two years.

Some sources dispute the prevalence of its use, arguing that the drug is not nearly as common as suggested. Special agent Jack Riley, the man in charge of the Drug Enforcement Administration’s (DEA) Chicago office, said that “200 DEA agents in five states have made finding krokodil a top priority,” but that for everything discovered so far, “the lab tells us it’s just heroin.”

The argument over whether people are dying from, and addicted to, heroin or krokodil is irrelevant to us here. What matters is that unsafe products and innovations in the recreational drug industry are a result of drug prohibition.

In both Russia and the United States, heroin is among a host of drugs that is currently illegal. Vast sums of money amounting to $41 billion annually in the U.S. is being doled out in a protracted effort to enforce this drug prohibition. We may ask: to what extent is it working? When we consider not only the appearance of new drugs like krokodil, and the other uses to which $41 billion could be put, such as returning the money to its owners: the answer is an indignant no.

A substance as devastating as krokodil simply wouldn’t sell in a free market, and for this reason would no longer be produced, let alone concocted in the first place. For all producers and distributors of drugs — and of all goods for that matter — a profit opportunity exists in that by not killing your customers in two years they can live long, productive lives as patrons of your trade, providing you income. Furthermore, to the extent that customers accurately perceive the benefits and safety risks associated with use of your products, they will tend to choose those with the least detrimental side effects. Likewise, potency will become more consistent, the content of the drug more pure, and dosage levels will be discussed with doctors and trained professionals to insure safety for the user, just as prescription and over-the-counter drugs are today (although ironically, legal drugs kill more than their illegal counterparts).

In a free market, if a bad batch were to be sold and consumed, causing injury, the victim, or perhaps an acquaintance of the victim, would sue, seeking compensation and restitution in a court of law, because at this point the drug user is in fact the victim of an act of fraud.

The common arguments for heroin prohibition, on the other hand, involve little more than reference to a list of symptoms which occur with reckless or prolonged use: it kills people, it destroys families, it squanders money, it makes addicts act, often violently, with desperation, etc. But it is precisely for these very reasons that it ought to be completely legalized.

Unlike users of prescription drugs, users of illegal drugs such as heroin are necessarily ignorant of where it has been produced, the extent of its purity — such as whether or not the drug is heroin, krokodil, or a combination — and of its potency and health risks. On the other hand, the consumer benefits of drug legitimacy are enormous. When drugs are legal on the open market there is recourse to a court of law should the drugs prove to be unsafe. In a legal drug environment, there is no fear of the law turning against anyone for admitting prior use of illegal drugs. Such legitimacy is lacking when purchasing illegal drugs on the black market, where there are no paper trails, no guarantees, no refunds, and no manuals, not to mention no doctors involved.

The legal incentives created by prohibition lead to artificially restricted production, decreasing the supply for sale, and causing the price to skyrocket. As a result, prohibition transforms users into criminals, not only by definition, but by making their drug use a larger financial burden, enticing many to commit real crimes. All of this is a disaster for the addicts.

By utilizing the communication opportunities provided by the internet, drug outreach programs and education groups reach more people in need, and do more for addicts, recovering addicts, and their families and friends than any police action ever has.

The real solutions are to be found in families, friends, and communities — not the state’s interference and manipulation of actions. Liberty is when individuals are free — rather than prohibited — to engage with one another on their own terms and to control their own lives. Repealing prohibition and making drugs a market commodity is the only way to clean up and truly help the drug communities.

Ron Paul famously asked in his farewell address “Has anybody noticed that authorities can’t even keep drugs out of the prisons? How can making our entire society a prison solve the problem?” Of course the “prison approach” couldn’t ever solve the problem, it actually hasn’t insofar as it has been tried ($41 billion annually!), and it has brought with it a multitude of additional problems regarding civil liberties, drug safety, pricing, overdose and addiction rates. Perhaps an appropriate follow up to the question posed by the former congressman would be: how long will it take for society to realize the promise of the other option?