How to Bring Oil Prices Down 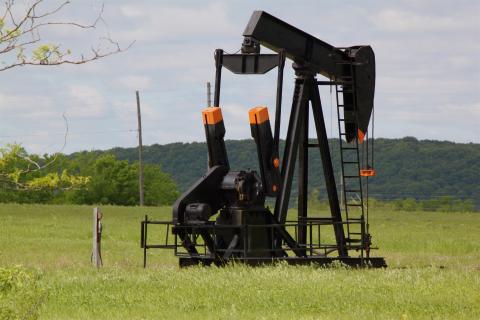 Gasoline prices are zooming (45% over last year) and drivers are worried that this may affect their summer vacation plans, while truckers marched on Washington D.C. protesting high diesel costs. Pursuing votes, presidential candidates are scrambling to provide political solutions for the doubling of heating oil prices in New Hampshire in the last year.

What’s behind the increase in gas prices, and what, if anything, can politicians do about it? Let's first understand the cause, which is tied to the Organization of Petroleum Exporting Countries’ efforts to increase the price of crude oil. OPEC has driven oil prices up by restricting their oil sales. Although OPEC has attempted to do this several times, it has been effective this time, as a reduction in exports of nearly 3 million barrels a day has increased oil prices from about $12 to over $30 per barrel in the past year.

Market prices, if not distorted by government intervention in the form of taxes and regulations, represent the scarcity of the oil. Higher prices indicate greater scarcity, and are an incentive to conserve the resource. This reduced consumption results in more of the resource being available in the future.

What are the implications of OPEC’s actions? OPEC is cutting production now, which means that we will have more oil in the future. Higher prices now indicate relatively lower prices at some later date. OPEC is rationing oil between current consumption and future consumption.

What is the proper response to this action? The Clinton administration believes that the answer to high oil prices lies in greater government involvement in the already heavily burdened oil industry. U.S. Energy Secretary Bill Richardson is pressuring OPEC members to increase their oil production in order to achieve the correct market price for oil. And Richardson apparently knows the correct price for oil, arguing that "$10 is too low and $30 is too high."

This tactic may be successful. The Gulf Arab oil ministers know that it’s dangerous to confront the U.S. government. They have seen how Iraq’s refusal to bow to the wishes of our administration has resulted in sanctions on Iraqi trade, the destruction of Iraq’s economy, and the loss of over a million Iraqi lives.

Already, some oil ministers have indicated that they are going to bow to U.S. pressure and at least prevent oil prices from rising any higher.

We have been down this path before. In the 1970s, OPEC successfully orchestrated oil markets to its advantage. The U.S. responded with price controls, heavy taxes, and massive government meddling in energy markets. The results were dismal.

This time, we should consider other methods to deal with this situation. Heavy government intervention drives the price of energy up. Freeing the market to adjust to changing conditions would achieve the desired results: lower oil prices and more heating oil, gasoline, and diesel available for consumers.

If these taxes, which account for nearly 32% of the pump price of gasoline, were removed, then gasoline prices would fall dramatically. Such a tax cut would do more for gasoline consumers than would government threats against OPEC. Of course, don’t stop there. Cuts in other taxes on oil and gasoline production and in taxes on diesel and other energy products would also decrease energy prices.

In the past year, U.S. oil imports have decreased a mere 1.7%. An increase in U.S. oil production, to offset the decrease in oil imports, would result in lower oil prices. The appropriate policy, therefore, is to stop penalizing oil producers for providing energy for consumers.

Oil producers pay billions of dollars annually in severance taxes on oil production which decrease profits and output. Eliminating, or reducing, these taxes would make more oil production profitable and this increased production would drive oil and fuel prices down.

The government imposes other costs on oil producers. A percentage of all revenue from oil produced on federal land goes to the federal government in the form of royalty payments. Although these percentages are determined by contracts between oil producers and the government, the Department of Interior is attempting to increase these payments unilaterally, in violation of contracts agreed to by this department. This violation of contract increases the perceived risks of entering into agreements with the government, increasing the costs of developing oil on federal lands. In order to stimulate oil production, Interior should agree to live up to their oil contracts.

Heavy regulations in the oil industry also penalize energy production. The number of refiners has been cut in half in the last decade, partly due to regulatory burdens. Regulations on exploration and production also hinder oil output. Lifting the regulatory burden would make more production profitable, driving prices down and benefitting energy consumers.

Lifting the trade sanctions on Iraq is another way to free up oil markets. The sanctions have destroyed Iraq’s economy and with it Iraq’s oil production capabilities. Iraq has over 100 billion barrels of oil reserves, second only to Saudi Arabia. Eliminating the sanctions would allow the foreign investment needed to rebuild Iraq’s dilapidated oil industry and to develop potential oil prospects. This would allow Iraq to increase its oil output some 4 million barrels a day. This would not only help energy consumers, but would stop the demolition of Iraq’s economy, and would save an untold number of innocent lives.