GET NEWS AND ARTICLES IN YOUR INBOXPrint
A
A
Home | Mises Library | Is Housing a Higher-Order Good?

Is Housing a Higher-Order Good? 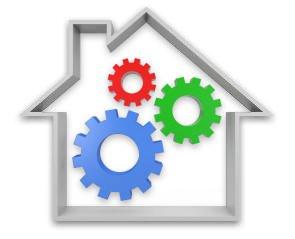 While reviewing a book about the financial crisis, a policy analyst of the free-market persuasion pooh-poohed the notion that housing constitutes a long-term project or "higher-order good," insisting that homes are instead a "durable consumer good," and thus he believes that examining the housing meltdown through the lens of Austrian business-cycle theory is illegitimate.

This discussion was had many times as the housing boom raged on mid-decade. When the boom continued longer than many thought possible the question became, Why is there no bust? Maybe houses are the equivalent of big refrigerators. Maybe home prices can go up forever. After all, houses don't seem to share any of the characteristics of mines or factories.

On the surface that seems true. Homes are a finished good that provide shelter. With labor and materials ready and available, a typical suburban tract house can be constructed in 60 to 90 days. There's nothing long term about that. And our skeptic doesn't see any evidence that production was directed away from consumer goods towards the production of higher-order capital goods. So, in his view, Hayek and Mises can just butt out of this debate.

However, there is more to a house than the sticks, bricks, and gingerbread that people see and buy. The building of homes starts with the purchase of land. And buying land is not like driving over to Best Buy, whipping out your credit card, and buying a big-screen TV. First the developer and his staff look for land to build on because ultimately the builder believes he can sell houses on that land. Consultants are hired to produce soil studies and environmental reports, and to determine the availability of utilities and zoning feasibility. These reports take time to produce and cost money.

If the land appears to be suitable for residential development, the developer will determine what can be paid for the land to make the project profitable, assuming his projections are accurate for the sales prices of his homes. After that, a price is negotiated and escrow is opened. A hot land market will dictate short escrows of 90 to 180 days, whereas in a typical market, escrows of a year or more are not uncommon.

A key factor in how much is offered in price for the land is the interest rate to be paid on the loan used to purchase the parcel. Low interest rates allow the developer to pay higher prices. Low interest rates also allow for the developer to take on more political and development risk. The political risk is the uncertainty that the builder will obtain the zoning necessary to build the number and type of units contemplated when the land was being considered for purchase. In most large urban areas, zoning approvals — which ultimately lead to maps legally describing the building lots that the houses will be constructed on — take months in the best of times; now they often take years.

Horizontal development costs can change dramatically during this process, as city hall may impose improvements that hadn't been contemplated as well as cost increases caused by increased demand for dirt moving, utility trenching, and street paving. And since most of the costs of developing finished building lots is financed, low interest rates make more projects feasible than high interest rates, not only from a cost standpoint but also from a time standpoint. The interest for development and construction projects is financed — it is borrowed — just like the soft and hard costs associated with the development, thus the lower the interest rate, the longer the project has before it must be converted to a consumer good.

In May of 2000, the federal-funds rate was 6 ½ percent and the prime lending rate used by most banks to price construction loans was 9 ½ percent. But with the recession of 2001 and the events of 9/11, a panicked Federal Reserve lowered the federal-funds rate to 1 percent by June of 2003 and banks lowered their prime rates to 4 percent. This lowering of rates made hundreds of housing projects around the country viable, and developers and their lenders reacted accordingly. Billions in development loans were made to finance projects with the contemplated payoff coming from home buyers.

The raw land cost is generally 10 to 25 percent of a home. And it was low interest rates that were spurring these huge increases in hot markets like Las Vegas. "As in the case of any other good," Murray Rothbard explained in Man, Economy, and State, "the capital value of land is equal to the sum of its discounted future rents." The value of the land increases as the capitalization rate falls with interest rates. Thus when the Fed lowered rates, the present value of the implied future rents on land became more valuable. "Ground land, then, is 'capitalized' just as are capital goods, shares in capital-owning firms, and durable consumers' goods," Rothbard wrote.

Although there were increases in materials and labor during the housing boom, the primary factor that drove up housing costs was the cost of land.

Human resources especially were directed away from producing consumer goods and services towards the development of housing projects. People flooded into real-estate-related industries — the obvious being construction and real-estate sales. At the height of the boom, 11 percent of employment in Las Vegas was directly in construction, while at the same time one in every hundred people in Sin City had a real-estate license.

But jobs indirectly involved in real estate also boomed: title-insurance companies couldn't hire enough people, along with engineers, architects, appraisers, and the like. Plus, furniture stores popped up everywhere, because every new home needed new furniture and appliances.

And when houses are built, the signal is sent to commercial developers that more shopping centers are needed. It is thought more office space will be needed because of the increase in indirect real-estate-related jobs, and more industrial space will be required because contractors are expanding to participate in the home-building boom.

In mid-2004, the Fed began to raise rates and by June 2006, the federal-funds rate was 5.25 percent and bank prime rates were 8.25 percent. The punch bowl had been taken away, and the cost of interest for development more than doubled. And the land underneath these houses became less valuable as capitalization rates rose with interest rates.

Now there are said to be 2.4 million redundant homes in America — the result of real-estate developers being induced by low interest rates to undertake the long and risky development process. At the same time, while construction jobs in Nevada (for instance) peaked at nearly 150,000 in mid-2006, as of October of this year, there are now fewer than 84,000 construction jobs, according to a Nevada Department of Employment, Training, and Rehabilitation report — and this will only get worse when the gigantic CityCenter project is completed and 12,000 construction workers will no longer be needed on that job. Overall unemployment is 13 percent in what was once the real-estate boom city — far above the 10.2 percent nationwide rate.

However, Nevada is not alone. Construction employment has fallen in all but three states over the past two years.

As the Austrian business-cycle theory dictates, the bust is now in process, clearing malinvestments and reallocating misdirected resources. Houses and buildings sit vacant, while construction workers and real-estate agents are looking for other types of work. The fact is that homes include the land they are built on, and land is certainly a higher-order good.

In the case of the current housing meltdown, the Austrian case is definitely right. Mises and the Austrians are more relevant than ever.