GET NEWS AND ARTICLES IN YOUR INBOXPrint
A
A
Home | Mises Library | Hollywood and the State: A Longtime Partnership

Hollywood and the State: A Longtime Partnership 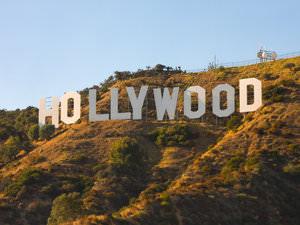 It shouldn’t come as a surprise if you’ve felt the slight sting of “patriotic duty” invoked during this current wave of big-budget sci-fi action thrillers. Whether it’s a fleet of Naval destroyers battling an alien-robot invasion (of Transformers), or an F-16 squadron preventing a giant amphibious monster (Godzilla) from “sending us back to the stone age,” it’s all provided through generous subsidies granted on behalf of the military-entertainment complex; the power-cooperative between Hollywood and Washington, DC.

According to Americans For Prosperity, the past decade has seen government subsidies to Hollywood studios increase substantially: “In 2002 only five states provided subsidies to the film industry. In 2012, forty-five states including Washington, D.C. and Puerto Rico all offer Motion Picture Incentives (MPIs)” through a variety of grants, cash rebates, and other special privileges to film crews in order to encourage movie producers to shoot films in their municipality. Favors to film companies also include tax credits which are not subsidies per se, but nonetheless provide the recipients with advantages over less-politically-favored industries.

By no means is the taxpayer getting a bargain. The average state spends over $31 million on MPIs each year. These subsidies also include Hollywood producers and directors gaining special access to military equipment, personnel, and costly archival material. To give a somewhat outdated example of the Pentagon’s contribution to movie production, the 2002 film Sum of All Fears featuring Ben Affleck included: two B-2 bombers, two F-16 fighter jets, a National Airborne Operations Center, three Marine Corps CH-53E helicopters, a UH-60 Army helicopter, four ground vehicles, fifty marines, and an aircraft carrier.

The defense often cited by film industry leaders and its legislative henchman is, “it pays for itself.” On the contrary, economists have found numerous studies showing that they don’t, instead, they’ve concluded that the revenue generated by economic activity created through film subsidies stumble far short of the subsidies’ direct costs to the state. To balance its budget, the state must therefore cut spending or raise revenues elsewhere, diminishing the subsidies’ positive economic impact.

And to think the state was done battering the layperson, in return for our obliged battle contributions the Defense Department uses its propaganda wing which is strictly dedicated to editing, approving, and overlooking film scripts, and making sure that Hollywood abides by the American patriotic ideal; it’s known as the Film Liaison Office. The author David L. Robb cites a number of examples where this bureau has actually tried to get directors to contradict history in order to make the military look better. For instance, in Kevin Costner’s film about the Cuban Missile Crisis, Thirteen Days, several generals end up looking like complete fools. This portrayal is not a half-truth; it’s consistent with historical record and John F. Kennedy’s tapes of his meetings with military leaders. Although, the Pentagon was reluctant to provide assistance unless the film made the generals look better than they really were. According to the Pentagon, telling the truth was a form of “historical revisionism.”

The Dirty Dozen (1967) was another creation that actually required government approval to release it. In order to re-create the war scenes in Europe, directors often needed the DOD to supply planes and tanks in order to create the “special effects.” In exchange for this assistance, the Pentagon required a strict oversight on the movie script to assure it followed in the lines of the governments’ preferences. In addition, when director Ridley Scott started to film Blackhawk Down, the US Army was so overjoyed to deify this bit of military history, that they not only supplied all the weapons and vehicles for the film, but they actually provided a real life Ranger regiment to train and advise the filmmakers for their film about an embattled Ranger regiment in Mogadishu, Somalia.

In recent decades, the movie Top Gun symbolized a significant breakthrough in Hollywood’s ability as a powerful recruitment tool. After the film’s release, the Naval Aviation School’s recruitment of young men wanting to become naval aviators went up 500 percent.

The origin of the government’s relationship with the film industry is not new. It can be seen during the prelude to WWI. President Wilson established the Committee of Public Information, which formulated guidelines for all media to promote domestic support for the war. The growing movie industry readily offered its support, with the Motion Picture News proclaiming in a 1917 editorial, “Every individual at work in this industry” has promised to provide “slides, film leaders and trailers, posters ... to spread that propaganda so necessary to the immediate mobilization of the country’s great resources.”

Even during the inaugural nomination of President Herbert Hoover, the very day the Republican head of state took office, the legendary producer Louis B. Mayer (who created the “star” concept of actors),and his family were the first guests invited to a White House sleepover. He was such good friends with President Hoover that he offered him the post of US ambassador to Turkey. Mayer declined.

But it was during the entry to World War II in which American pro-war propaganda surged; among its tools were Walt Disney Pictures and Looney Tunes. Their cartoons often spewed racial and ethnic stereotypes of Native Americans, Japanese Blacks, Chinese, and Germans. And perhaps one of the greatest propaganda films during this time was Frank Capra’s seven-part U.S. government-sponsored series titled Why We Fight (1942-45). This series is considered a historical highlight of propaganda filmmaking.

Furthermore, John Rizzo, the ex-general counsel of the CIA, affirmed that America’s main intelligence-gathering agency has a very “special relationship” with the entertainment industry. “There are officers assigned to this account full-time,” Rizzo claims. “Movie industry vets are receptive to helping the CIA in any way they can, probably in equal parts because they are sincerely patriotic and because it gives them a taste of real-life intrigue and excitement.” (Rizzo claims to have recruited a movie star who was filming in a foreign country which was hostile to the US government, and to gain intelligence about it, in return, the actor demanded Rizzo and his partner score “the best $50,000 worth of cocaine you can find.”

Last year, Hollywood big-wig American producer Arnon Milchan (12 Years a Slave, Fight Club, Man on Fire, and, ironically, Mr. and Mrs. Smith along with 120 other movies), was interviewed with Robert De Niro next to his side in which he admits to having lived a double life as a producer and a former nuclear arms dealer for the Israeli government. According to Milchan, he was recruited in the 1960s by former Israeli President Shimon Peres as a member of the top-secret intelligence agency Lekem. His job was to obtain technology and lead covert operations related to Israel’s first nuclear bomb. Further, he admits that Academy Award-winning actor Richard Dreyfuss worked with him on many operations, including setting up a meeting between Milchan and US nuclear scientist Arthur Biehl. It’s ironic how his own life story could be made into the next blockbuster. “Arnon is a special man,” Mr. Peres said. “His strength is in making connections at the highest levels. His activities gave us a huge advantage, strategically, diplomatically and technologically.”

Not content with just the movie industry, the US government has also turned to the video game industry in more recent decades. In David Sirota’s book Back to Our Future, he affirms that much of the video game industry is so favored by the military and military contractors that even oil companies have questioned why the state should go out of its way to promote such a handsomely profitable industry through tax credits and special deductions. These tax incentives make video game production one of the “most politically-favored industries” in the United States, says Calvin H. Johnson, who has worked at the Treasury Department and is now a tax professor at the University of Texas at Austin. Due to video game companies combining software development, entertainment, and online retailing operations, they can combine tax breaks in ways that companies like Adobe and Netflix cannot.