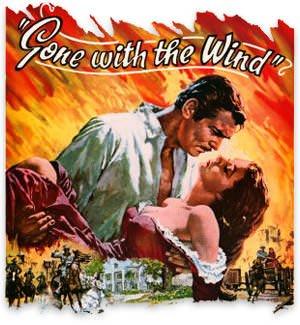 [Excerpted from chapter 12 of Theory and History.]

History tries to describe past events as they really happened. It aims at faithful representation. Its concept of truth is correspondence with what was once reality.

Epic and dramatic fiction depict what is to be considered true from the point of view of thymological insight, no matter whether the story told really happened or not. It is not our task to deal with the effects the author wants to bring about by his work and with its metaphysical, aesthetic, and moral content. Many writers seek merely to entertain the public. Others are more ambitious. In telling a story, they try to suggest a general view of man's fate, of life and death, of human effort and suffering, of success and frustration. Their message differs radically from that of science as well as from that of philosophy.

Science, in describing and interpreting the universe, relies entirely upon reason and experience. It shuns propositions that are not open to demonstration by means of logic (in the broadest sense of the term, which includes mathematics and praxeology) and experience. It analyzes parts of the universe without making any statements about the totality of things. Philosophy tries to build upon the foundations laid by science a comprehensive worldview. In striving after this end, it feels itself bound not to contradict any of the well-founded theses of contemporary science. Thus its path too is confined by reason and experience.

Poets and artists approach things and problems in another mood. In dealing with a single aspect of the universe they are always dealing with the whole. Narration and description, the portrayal of individual things and of particular events, is for them only a means. The essential feature of their work is beyond words, designs, and colors. It is in the ineffable feelings and ideas that activated the creator and move the reader and spectator.

When Konrad Ferdinand Meyer described a Roman fountain and Rainer Maria Rilke a caged panther, they did not simply portray reality. They caught a glimpse of the universe. In Flaubert's novel it is not Madame Bovary's sad story that is of primary concern; it is something that reaches far beyond the fate of this poor woman. There is a fundamental difference between the most faithful photograph and a portrait painted by an artist. What characterizes a work of literature and art as such is not its reporting of facts but the way it reveals an aspect of the universe and man's attitude toward it. What makes an artist is not experience and knowledge as such. It is his particular reaction to the problems of human existence and fate. It is erlebnis, a purely personal response to the reality of his environment and his experience.

Poets and artists have a message to tell. But this message refers to ineffable feelings and ideas. It is not open to utterance in an unambiguous way precisely because it is ineffable. We can never know whether what we experience — erleben — in enjoying their work is what they experienced in creating it. For their work is not simply a communication. Apart from what it communicates, it stirs up in the reader and spectator feelings and ideas that may differ from those of its author.

It is a hopeless task to interpret a symphony, a painting, or a novel. The interpreter at best tries to tell us something about his reaction to the work. He cannot tell us with certainty what the creator's meaning was or what other people may see in it. Even if the creator himself provides a commentary on his work, as in the case of program music, this uncertainty remains. There are no words to describe the ineffable.

What history and fiction have in common is the fact that both are based on knowledge concerning the human mind. They operate with thymological experience. Their method of approach is the specific understanding of human valuations, of the way people react to the challenge of their natural and social environment. But then their ways part. What the historian has to tell is completely expressed in his report. He communicates to the reader all he has established. His message is exoteric. There is nothing that would go beyond the content of his book as intelligible to competent readers.

It may happen that the study of history, or for that matter also the study of the natural sciences, rouses in the mind of a man those ineffable thoughts and views of the universe as a whole that are the mark of the empathic grasp of totality. But this does not alter the nature and character of the historian's work. History is unconditionally the search after facts and events that really happened.

Fiction is free to depict events that never occurred. The writer creates, as people say, an imaginary story. He is free to deviate from reality. The tests of truth that apply to the work of the historian do not apply to his work.

Yet his freedom is limited. He is not free to defy the teachings of thymological experience. It is not a requirement of novels and plays that the things related should really have happened. It is not even necessary that they could happen at all; they may introduce heathen idols, fairies, animals acting in human manner, ghosts, and other phantoms. But all the characters of a novel or a play must act in a thymologically intelligible way. The concepts of truth and falsehood as applied to epic and dramatic works refer to thymological plausibility. The author is free to create fictitious persons and plots but he must not try to invent a thymology — psychology — different from that derived from the observation of human conduct.

Fiction, like history, does not deal with average man or man in the abstract or general man — homme général1 — but with individual men and individual events. Yet even here, there is a conspicuous difference between history and fiction.

This has been entirely misunderstood in some doctrines about literature developed in the second part of the 19th century. The authors of these doctrines were misled by contemporary changes in the treatment of history. While older historians wrote chiefly about great men and affairs of state, modern historians shifted to the history of ideas, institutions, and social conditions. At a time when the prestige of science far surpassed that of literature, and positivist zealots sneered at fiction as a useless pastime, writers tried to justify their profession by representing it as a branch of scientific research.

In the opinion of Émile Zola the novel was a sort of descriptive economics and social psychology, to be based upon punctilious exploration of particular conditions and institutions. Other authors went even further and asserted that only the fate of classes, nations, and races — not that of individuals — is to be treated in novels and plays. They obliterated the distinction between a statistical report and a "social" novel or play.

The books and plays written in compliance with the precepts of this naturalistic aesthetics were clumsy pieces of work. No outstanding writer paid more than lip service to these principles. Zola himself was very restrained in the application of his doctrine.

The theme of novels and plays is individual man as he lives, feels, and acts, and not anonymous collective wholes. The milieu is the background of the portraits the author paints; it is the state of external affairs to which the characters respond by moves and acts. There is no such thing as a novel or play whose hero is an abstract concept such as a race, a nation, a caste, or a political party. Man alone is the perennial subject of literature: individual, real man as he lives and acts.

The theories of the aprioristic sciences — logic, mathematics, and praxeology — and the experimental facts established by the natural sciences can be viewed without reference to the personality of their authors. In dealing with the problems of Euclidian geometry, we are not concerned with the man Euclid and may forget that he ever lived.

The work of the historian is necessarily colored by the historian's specific understanding of the problems involved, but it is still possible to discuss the various issues implied without referring to the historical fact that they originated from a definite author. No such objectivity is permitted in dealing with works of fiction. A novel or a play always has one hero more than the plot indicates. It is also a confession of the author and tells no less about him than about the persons in the story. It reveals his innermost soul.

It has sometimes been asserted that there is more truth in fiction than in history. Insofar as the novel or play is looked upon as a disclosure of the author's mind, this is certainly correct. The poet always writes about himself, always analyzes his own soul.