The High Cost of Centrally Planning the Global Climate 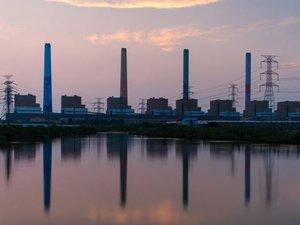 Since I’m not a person who follows the climate-change debate or climate science in detail, I don’t get involved in discussions over temperature readings or climate trends. On the other hand, I find it’s a very bad idea to leave the science of economics and political economy up to climate scientists and their friends in politics who tend to be woefully deficient in their knowledge of how economies work or how scarce goods and amenities can be preserved, obtained, or manufactured.

It seems that for the global warming lobby, all that is necessary to set everything right is to hand control of the global economy over to governmental central planners. In their minds, the machinery of government only needs to be set in motion, and everything will be done with righteous precision to preserve the climatological status quo by increasing the cost of energy and cutting economic activity. The costs of such a venture, whether in money or in human lives and human comfort, need never be considered, because, we are told, the only alternative is the total destruction of planet earth.

This “Follow Us or Die!” routine is a propagandist’s dream of course, but in real life, where more rational heads — on occasion — prevail, the costs of any proposed government action must be considered against the costs of the alternatives. Moreover, the burden of proof is on those who wish to use government, since their plan involves using the violence of the state to carry out their proposed mandates.

For the sake of argument, let’s say that global climate change is occurring and that the sea level is rising. This still leaves several unanswered questions for the global warming enthusiasts:

All too often, the response to questions such as these are angry diatribes about how we must act now. But of course, such a position is similar to that of a person who, upon seeing that winter is approaching demands that everyone build the winter shelter his way immediately. “Can’t you people see it’s getting colder?” he says. “If we don’t build the shelter my way, we’ll all freeze.” When faced with questions of whether or not his shelter plan is really the best way to proceed, or if a different type of shelter might be more cost effective, or if others would rather build their own shelter, he angrily declares “you winter deniers don’t care if we all die.”

Naturally, if the group then goes ahead with their belligerent companion’s shelter plan, they may find in the end that the shelter fails to keep out the cold or is structurally unsound. In that case, the group is actually much worse off because it expended large amounts of valuable resources that should have been applied elsewhere.

Here’s a representative paragraph from a publication that claims it disproves the “myth” that economic controls will have a negative impact on the economy:

In the long term, unless we drastically reduce the rate at which we are still emitting greenhouse gases, we are very likely to incur huge costs as a result of climate change. Part of these costs will be in adaptation, and the inevitable disruption. In part costs will escalate due to turmoil and uncertainty throughout the economic world. There will also be costs that cannot be quantified, particularly when we try to value a human life and its loss.

What are these “huge costs”? How many of them will come from “disruption” and how many will come from “adaptation.” If we look more deeply into the proposed plans, we find the attempts at estimating such costs are based on wildly speculative computer models. There is nothing more than the assumption that their course of action is superior to the course of action preferred by others. But again, the burden of proof is on those who wish to use government coercion against others.

Moreover, even the mainstream research recognizes that the proposed cuts in carbon emissions, such as cutting “CO2 emissions to 80 percent of 1990 levels,” are purely arbitrary. Indeed, they must be arbitrary because the people who advocate for such measures have no idea how much carbon emissions should be cut to accomplish their goals, or indeed, if any level of cuts would accomplish their goals, ever.

What we do know, on the other hand, is that fossil fuel energies are behind most of the enormous progress made in the developing world. They make mechanization, transportation, and industrial economies possible. It is the rise of factories and other industrial operations that have pulled countless millions of Chinese (to name one example) out of the drudgery of low-productivity agricultural work and into factories where they can earn more than ten times as much. These workers send money back to elderly family members and they make possible the enormous savings rates that are driving the Chinese economy.

This work is safer, more productive, and provides access to more and better food, better medical care, and better housing, than does agricultural work.

Fossil fuel energy is a key factor in all of this, and to propose that the rug now be pulled out from under these people displays a callousness toward humanity that is truly unnerving.

A second major factor here in the necessity of energy is fresh water. The California drought has reminded us that fresh water is a scarce resource, even if the government likes to treat it as if it were not. But even as larger populations demand more water, fresh water can be produced through the use of energy via desalinization and pump-based aqueducts.

Today, most such schemes are still uneconomical because the problem of water scarcity can usually be solved through cheaper means such as importing food from wetter climates and through cheaper aqueduct systems that are primarily gravity-based.

In the future, however, as water does become more and more scarce as populations grow, the most practical answer will indeed become more energy-intensive solutions.

Bizarrely, many of these same people claim that government regulation of water is necessary because “rich people” will hoard all the water, but by raising the cost of water processing, the global warming lobby is ensuring more monopolistic control over water and higher prices for everyone.

“But global warming is causing droughts!” some will say. Perhaps. But those people still have yet to prove that their plan will end droughts and produce sufficient water for everyone. They still can’t even prove that droughts like the California drought are due to global warming. And, needless to say, the proposition that global controls on energy will make water flow from the hillsides in some distant future is pure speculation. But, in the meantime, we know the effect on the cost of living for ordinary people will be enormous. In other words, the global warming lobby wants humanity to abandon a real bird in the hand — developing technology in water production — for two very theoretical birds — a future without droughts — in the bush.

Thus, a world of carbon controls and other central plans designed to prevent global warming, is a world of greater expense for everyone when it comes to food, water, and any basic necessity that involves the expenditure of energy. Which is to say, most everything. Naturally, the people in the least industrialized and poorest parts of the world will suffer the most. The global warming lobby likes to point out that their global warming policies are primarily directed at the richest countries. But if they think that will spare the developing world, they’ve only made clear that they don’t understand how global economies work. Crushing economic activity and consumption in the developed world only serves to lower wages and economic growth in the developing world.

Like the man who hysterically demands that everyone build a winter shelter his way or die, the global warming lobby thinks that its highly speculative, unproven, massively expensive, and poverty-producing plan is the prima facie solution to everything. Naturally, they want to use the coercive power of the state to force everyone to conform to their plans as well, and if a billion poor people have to pay a steep price, well, that’s a price that wealthy and upper middle-class academics and activists are willing to have the poor pay.