GET NEWS AND ARTICLES IN YOUR INBOXPrint
A
A
Home | Mises Library | Chinese Savings vs. American Spending 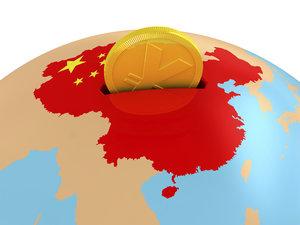 Earlier this month, the IMF released a new report noting that via Purchasing Power Parity (PPP) calculations, China’s GDP in 2014 is estimated at $17.6 trillion (all dollars in this article are US dollars), surpassing the US’s $17.4 trillion to become the world’s largest economy. MarketWatch subsequently published a recent article titled “It’s Official: America is now No. 2.” The article points out that since Ulysses S. Grant took office as president in 1869, the United States for the first time fell from its leading position in the global economy, to second place. And although long aware of China’s rise, those who have prided themselves on the US’s economic domination are facing an uneasy reality.

Of course, in many aspects — and at least under nominal GDP in which exchange rates are taken into account — American output is still 70 percent higher than that of China’s. America’s per capita GDP has significantly outperformed China in this respect. But at the rate of China’s present economic growth, a gap of 70 percent can be easily closed within a decade. In the year 2000, I remember searching the CIA website for economic data per country where China’s GDP, in PPP terms, had already surpassed Japan’s. Finally in 2010, the nominal GDP had officially surpassed that of the Japanese, and the lead by China has been widening ever since. With regards to per capita GDP, China will not outperform the United States in the foreseeable future; however, it is important to understand that the competition for global leadership is actually determined by the country’s overall economic strength. While many European countries (e.g., Switzerland, Norway, and Liechtenstein) have a higher production per capita than America, their small populations and scale allow very limited influence in the global arena. It is no wonder MarketWatch refers to China’s rise as a historical moment, describing a “geopolitical earthquake with a high reading on the Richter Scale.” Marketwatch then describes the declines of the British, French, and Spanish empires as caused by their respective economies, implying that the United States has embarked on the same path as the old empires.

Although Chinese, I am hesitant to be too enthusiastic soley about the rise of China’s economy and new-found international status. US-Chinese dynamics have made me reflect on the United States post-World War II, where the US attracted internationally acclaimed talent across various sectors from around the world. The United States still holds absolute advantage in this area, and holds the highest number of Nobel Laureate recipients for innovation and technology annually. Chinese closed-door plagiarism can only come so close. So how can the Chinese, still relying heavily on labor-intensive, low-technology manufacturing exports, catch up to America?

The Benefits of Savings

With respect to the quality of the most productive echelon of society within a nation, I believe the United States still holds a leading position by far. The problem for the US, however, is the majority population that contributes little to the economy in terms of savings and investment in comparison to their overseas counterparts. In China, the advantage lies in the mainstream — from low income groups to the middle class — which boast of savings habits more conducive toward economic diligence and resilience in general. This provides a sound platform for China’s rapid rise.

Furthermore, America’s mainstream financial media often stresses the importance of consumption for economic growth. The belief that if citizens refuse to spend (the media often takes Japan as an example), the government will need to spend on people’s behalf to encourage economic circulation. This flimsy theory goes further and claims that if growth is far from the target rate, the central bank will have to intervene, printing money to stimulate consumption or use negative interest rates to punish savers, forcing them to spend. For decades after World War II, only the top 10 percent who really understood the rules of the game invested their savings in multinational stocks, real estate, jewelry, antiques, and artwork. Apart from this group of asset holders, who are difficult to punish through induced inflation, the majority of people avoid government penalties through consumption and low savings rates. The problems begin when consumption becomes a habit, most people lose the ability to save, and the government is forcing itself to bear future responsibilities of these short-term thinking and welfare-reliant individuals.

According to 2011 data, 108 million low-income Americans receive welfare, exceeding the 110 million full-time employed individuals in the country. Together with non-means-tested welfare programs, including social security and veteran living expenses, the total number of people receiving benefits amounts to 150 million, which is nearly half of the US population. The question must then be asked: despite boasting top innovators that contribute strongly to society, due to America’s large scale of non-saving and highly non-productive citizens who are a huge burden on the state, how can such a nation not fall behind eventually?

Observing China, we can easily criticize the authoritarian ruling party, but there is one thing the Communist Party is yet to change successfully, and that is the industrious temperament and high savings habits among the Chinese, particularly in the older generation. At present, when the younger generation might be praised for saving 20 to 30 percent of their income, many Chinese still choose to only spend 30 percent of their income, and pile the remaining 70 percent up into savings and investments. Because of high accumulations of wealth, the Chinese will be able to continue construction and exports, and earn foreign exchange to patch up for mistakes in government policies. Recent heavy speculation of Shanghai stocks were possible thanks to retail investors’ fat savings. Irrespective of the final speculative success of these individual investors, it is evident that private capital is abundant.

If the bad debt-ridden state-owned banks can still raise funds from the savings of millions of Chinese (through high placements), it is still possible to address the side effects of the 2008–2009 stimulus programs, which created production overcapacity (i.e., malinvestments) in many industries. If a bull market were to occur in China, high placement, which was the Communist Party’s sophisticated plan to use people’s savings to repair the balance sheets of many state owned enterprises (SOE’s) — not necessarily what I consider the best policy — unfortunately remains a rational reaction for the Communists in China to utilize this method to resolve its debt-ridden banking sector.

Looking at the ups and downs of the Chinese and US economies once again proves the validity of the Austrian business cycle theory’s key insights, that savings are necessary in laying the foundation for economic growth, and that Keynesian stimulus spending only worsens recessions. Whether the Chinese economy can truly surpass that of the US will depend on the Chinese people's ability to value their virtue of saving and counter the “spend your way to prosperity” propaganda.

Peter Wong is a professional investor in Hong Kong and a director in the city’s only non-government-funded free market think-tank. He is also a newspaper columnist, radio host, and commentator on socio-economic and financial issues. Following the Austrian economic principles, his comments are broadcast both in Chinese and English via the top three Hong Kong radio stations. He also expresses his ideas in various major media platforms internationally and in the Greater China Region, such as, BBC News, The South China Morning Post, China Daily and Phoenix Satellite Television.