The Hidden Costs of a Minimum Wage 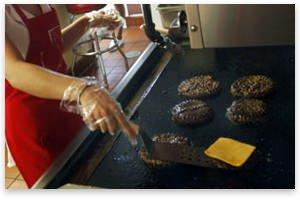 Anyone who has taken an introductory economics course is familiar with the idea that a minimum wage leads to a reduction in the demand for labor and an increase in the supply of labor in the relevant market — usually, the market for low-skill workers. The minimum wage removes the ability of some workers to compete by accepting lower wages and shuts them out of the labor force. As a result, it reduces job opportunities for these workers. A minimum wage breaks the hinges on the door of opportunity.

However, there are additional, hidden costs of these interventions, which are more difficult to detect but perhaps more insidious. For example, one effect of a minimum wage is to reduce the availability of on-the-job training, since more resources are required simply to hire and retain a workforce. And further interventions in the labor market (for example, safety regulations and payroll taxes) make it still more costly to employ labor. These burdens together reduce a firm's willingness to hire laborers and — in the long run — must reduce the number of opportunities for those laborers to acquire valuable job skills. Far from increasing opportunities for the working poor, a minimum wage actually restricts their mobility.

In an attempt to compensate for the lack of skills and opportunities among the low-skilled, governments have created a lot of job training programs. However, whatever their intentions, these training programs circumvent the market processes that match skills with jobs. Every person has a unique set of skills, competencies, strengths, and weaknesses that will only be revealed through their activity in the market. Job training and skills assessments may be able to match people with suitable employment to some degree, but the search mechanism inherent in the labor market is a low-cost way of accomplishing the same result more efficiently.

Firms faced with minimum wage laws often substitute skilled for unskilled labor. In a report for the Show-Me Institute, labor economist David Neumark offers an illustrative example: Suppose that a job can be done by either three unskilled workers or two skilled workers. If the unskilled wage is $5 per hour and the skilled wage is $8 per hour, the firm will use unskilled labor and produce the output at a cost of $15. However, if we impose a minimum wage to $6 per hour, the firm will instead use two skilled workers and produce for $16 as opposed to the $18 cost of using unskilled workers. In the "official data" this shows up as a small job loss — in this case, only one job — but we see an increase in average wages to eight dollars per hour in spite of the fact that the least skilled workers are now unemployed.

There is also a hidden social cost in minimum wage policies. Debates over a minimum wage erode social fabric by placing workers and their employers in opposition to one another. While there have been many legitimate reasons for some tension to exist between firms and workers, minimum wage policies set them in unnecessary opposition to one another over employment contracts, which are by nature cooperative and mutually beneficial. Encouraging the view that employment is a raw deal has created needless acrimony. At the margin, this intimidates people and discourages some from becoming employers themselves.

The prohibition of certain kinds of labor contracts also discriminates against — paradoxically — the law-abiding. Just as legal prohibitions on the use and sale of drugs have lured the lawless into the drug trade, prohibitions on certain forms of labor ensure that only those lacking in scruples will be left on the demand side of the market for, say, child labor and the like. 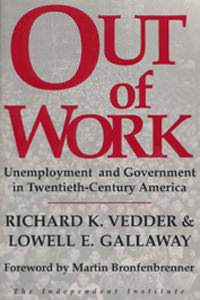 If restrictions, regulations, and price floors create massive deadweight losses, they also create incentives for firms and individuals to evade those restrictions, regulations, and price floors. Those with a comparative advantage in evading (or violating) the law will be most successful; thus, labor market regulation gives implicit encouragement and support to the unscrupulous. Restriction and regulation reduces the relative price of dishonesty, which means we can expect greater levels of it in the marketplace.

Advocates of higher minimum wages are often motivated by the purest of concerns for the poor. However, the minimum wage has been described as a "maximum folly" by many economists for many years because it hurts precisely the people who most desperately need help. Self-styled friends of the poor are unrelenting in their advocacy of a higher minimum wage, but with friends like these, the poor do not need enemies.