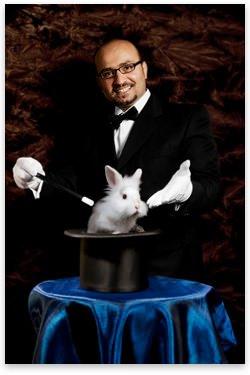 Steve Landsburg is an economics professor at the University of Rochester, and author of some great books on free-market thinking. However, in a recent blog post he gave a misleading explanation of option pricing. It's worth going over the episode because it beautifully illustrates the tendency of economists to overlook the assumptions they sneak into their arguments, particularly when it comes to discussions of the financial markets.

A call option on a stock is a derivative contract that gives the owner the right, but not the obligation, to buy the stock at a certain price (the "strike price"). Some call options can only be exercised on a particular date in the future, whereas others can be exercised anytime up to and including the date. Call options are an important part of a modern market economy and serve a definite social function, as I explain here.

There is a whole literature in the field of mathematical finance on various methods of pricing options. The most famous is the Black-Scholes formula. In his recent post, Landsburg gave the intuition behind these common formulas.

Because he's a clear writer — and because my overall point is that Landsburg doesn't show us how the rabbit got into his option-pricing-formula hat — it's worthwhile to quote him extensively. Keep in mind that for brevity's sake, I'm editing out all of his caveats. The problem (as we'll see) with Landsburg's argument isn't that it's unrealistic; the main problem is that he unintentionally misleads the reader:

Imagine a stock that sells for $10 today. A year from now it will be worth either $20 or $5. … What would you pay for an option that allows you to buy the stock next year at today's $10 price?

You might think you'd need a whole lot more information to answer that question. You might expect, for example, that the answer depends on the probability that the stock price will go up to $20 rather than down to $5. You might expect the answer to depend on how much traders are willing to pay for a given dollop of risk avoidance.

But the amazing fact is that none of that matters. The only extra bit of information you need is the interest rate.

Let's assume, for example, that the interest rate happens to be 25%. …

Now let's price the option. The key is to focus on my imaginary cousin Jeter, who never buys stock options. Jeter happened to wake up with $12 in his pocket today. Then he went out, borrowed $8, and used his $20 to buy 2 shares of stock.

I, on the other hand, bought 3 stock options today. A year from now, one of two things will happen. Either I will get lucky and use my 3 options to buy 3 shares of $20 stock at a price of $10 each, pocketing a $30 profit. Or I will get unlucky and the stock price will [plummet], in which case I will throw my option away and pocket $0.

In other words, Jeter and I are guaranteed exactly the same outcome next year. Either the stock price goes up, and we each pocket $30, or it goes down and we each pocket $0. In that strong sense, Jeter's strategy and mine are perfectly interchangeable.

Jeter's strategy costs him $12 out of pocket. Therefore my strategy must also cost $12 out of pocket — otherwise, nobody would ever pursue the pricier strategy. Since buying 3 stock options costs $12, the price of a single option must be $4. Problem solved.

As I said above, Landsburg's thought experiment is a simplified version of the general approach to option pricing used in mathematical finance. Newcomers to this field are often stunned to learn that the price of a call option apparently has nothing to do with the likelihood (or "probability" if we are using a formal model) that the underlying asset will attain a very high price by the time the option expires. (Instead, the price of the call option — according to the standard formulas — varies according to the volatility of the underlying stock price.) This is so counterintuitive that option theory is the quantum mechanics of finance.

Before continuing with my critique of Landsburg's demonstration, I should be clear: I am not rejecting the conventional approach to option pricing as useless. It is an important baseline result, and every batch of MBAs (let alone people with PhDs in finance) should understand the formulas and the logic behind their derivation.

What I am saying is that Landsburg is simply wrong when he claims the "amazing fact" that the probabilities of the stock price's future values, and the risk tolerance of the investors, don't matter. They do matter, just as our intuition suggests.1 The reason Landsburg apparently gets the "correct" price for the stock option using just the interest rate is that he relies on other assumptions about the efficiency of the stock market.

The easiest way for me to illustrate the problem with Landsburg's magic trick is to change just one of the original numbers. What would Landsburg think about the following argument?

Imagine a stock that sells for $10 today. A year from now it will be worth either $5 or $9. What would you pay for an option that allows you to buy the stock next year at today's $10 price?

You might think that the "correct" price of the option is $0. Even though you don't know the probability of the stock being $5 or $9 next year, you are certain that it will be less than $10. Under no circumstances, therefore, will the option have any value to you. What good is it to own the right to buy a stock for $10, when at best it will be worth $9 at the time of exercise?

But the amazing fact is that this reasoning is wrong, as I can prove to you once you tell me the interest rate.

Let's assume, for example, that the interest rate happens to be 25%. …

I hope the reader will agree that it would be fruitless to go down this path. Using our "intuition" about pricing options works just fine in an extreme case where the strike price is higher than we think the stock can possibly go.

Now in fairness to Landsburg, I actually can't replicate the remainder of his argument using my tweaked number. The reason is that cousin Jeter will lose different amounts of money depending on the stock price, but you (the option buyer) will lose the same amount in either case, namely what you paid for the option. So there's no way to make your strategy equivalent to Jeter's, and so Landsburg could understandably argue that my scenario doesn't really affect the validity of his demonstration.

After this warm-up, let's really go to the heart of the problem with Landsburg's discussion.

Landsburg Assumes "Correct Price" Is the Same as "Arbitrage-Free Price"

Let's return to Landsburg's original numbers. Recall that there is a stock that will be worth either $5 or $20 in one year, and that the interest rate is 25 percent. Landsburg asked, "What would you pay" for a call option on that stock?

However, unlike our previous tweaking, in this case Landsburg's argument still "works." He never said anything about the respective probabilities of the two outcomes — remember, that was the "amazing fact," that his answer didn't depend on it. So there's no reason it breaks down when the probabilities are 100 percent and 0 percent (or just shy of 100 percent and just above 0 percent, if you prefer).

Specifically, what's going on is that the stock is clearly overvalued right now in the market, when it's selling for $10 even though it is guaranteed to be $5 next year. Cousin Jeter (using the strategy Landsburg outlined) is guaranteed to lose his $12. Therefore, because your buying 3 call options is an equivalent strategy, it must be the case that the options cost $4 each. If they only cost, say, $3, then it would be cheaper to use that route — you'd only be throwing away $9 for sure, instead of throwing away $12 for sure.

Since Landsburg is assuming that arbitrage has eliminated such discrepancies, the only way the current stock price can be held up at the (overvalued) price of $10, is if call options (with a strike price of $10) are held up at the overvalued price of $4. But by no means can we conclude that "you would pay" $4 for an option that you are certain will expire worthless.

We now see how much power was tucked into Landsburg's innocent statements: "Jeter's strategy costs him $12 out of pocket. Therefore my strategy must also cost $12 out of pocket — otherwise, nobody would ever pursue the pricier strategy."

What Landsburg has really shown is that if the stock price is "correct," given investors' beliefs about the probabilities of the future stock price and investor appetite for risk, then we don't need to know those probabilities, or risk appetite, to calculate how much "you would be willing to pay" for a call option.

Landsburg's discussion of option pricing is fine, interpreted correctly. But whether he realizes it or not, his "lesson" is very misleading. All he has done is show that certain prices must bear a particular relationship to each other, lest arbitrageurs exploit a pure-profit opportunity.

The problem arises when people read too deeply into the significance of these results. For example, one could use an analogous argument to show that "all we need" to price stocks is to look up the interest rate and the price of a call option. We might erroneously conclude that no investor ever needs to worry about what the stock will actually do in the future.

Yet that is absurd; of course investors and speculators in the real world need to form expectations about the future levels of stock prices. It is the seductive elegance of the entire "Efficient Markets" approach that led Landsburg to suggest otherwise.

For those readers who are still unconvinced, let me try the following approach. Landsburg's argument for the pricing of call options is equivalent to this one: "Suppose there is a stock currently selling for $10. You know that next year, it will either be $5 or $20. How much should you pay right now for the stock? You might think the probabilities of the outcomes matter, but they don't. If your cousin Jeter wants to buy the stock, he has to pay $10 for it. That would give him the same outcome as if you bought the stock, and so you should pay $10 too. Problem solved."

If Landsburg had offered the above analysis, the fallacy involved would have been crystal clear. But because of the complicated steps in the linkage to a call option, the fallacy was buried. The whole episode is another illustration of the dangers in reasoning from equilibrium.