GET NEWS AND ARTICLES IN YOUR INBOXPrint
A
A
Home | Mises Library | Healthcare Intervention: The Bigger Picture 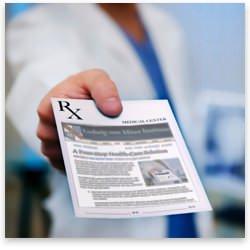 03/24/2010Doug French
"The Mises Institute is the intellectual source for an enlightened future."

The prospect and reality of Obamacare have woken up many people to the need to stop the socialization of medical care in America. It will produce here what it has produced everywhere: stagnation, overutilization, rationing, and the sacrifice of individual well-being in the name of collective justice.

Medical socialism is but one variety of a larger problem. But it is one that is particularly devastating to people, because it affects their capacity for staying healthy and alive. By robbing individuals of their rights to exchange and choose, Mises wrote, state-run medical systems are comparable to those run by the army or by prisons, which are not centers of health but of disease and disaster.

What was Mises responding to? The nascent systems of universal medical care already in place in Germany. In the United States, it has taken much longer, but consider that the first national conference calling for universal health and social insurance came about during the 1910s. This followed the monopolization of the medical profession by the American Medical Association ten years earlier.

In other words, it has taken more than 100 years for the push toward total control to get this far. And consider that even now, even under Obamacare, nothing like total socialism in medical services is really being considered an option. What is really happening are continuing efforts to patch up a failed system that has been cobbled together for more than a century.

The fact is that 29 percent of all American adults already depend on the government to provide their healthcare. And Uncle Sam provides healthcare for more than three-quarters of those over 65, whether they realize it or not, as the famous town-hall exchange between Republican Congressman Bob Inglis and one of his constituents in South Carolina illustrates. "Keep your government hands off my Medicare," demanded the man who couldn't be convinced that Medicare was already a government program.

In all the debate over this legislation, this longer-term perspective is being lost. We need to grasp the political dynamic under which this legislation is being passed. It seeks to address genuine problems that were generated by the present system, which mixed private enterprise with a ghastly regulatory apparatus of government subsidies, licenses and controls, patents and monopolies, consumption controls, outright welfare, and fascistic impositions on every sector.

The current system cries out for fixing. And how does the state propose to fix it? Never through more freedom, never by rolling back the real problem. Instead, it proposes more power. This has been the systematic trajectory during every presidential administration for many decades.

"Medical socialism is but one variety of a larger problem. But it is one that is particularly devastating to people, because it affects their capacity for staying healthy and alive."

One of the worst problems concerns the wedge that the state drove between the payer and the healthcare provider. Businesses became the wedge. When? During World War II wage controls. Businesses scrambled to find ways to pay their employees without running afoul of the law. They turned to providing medical care. This is no different from how banks offered toasters to depositors when interest rates were controlled in the 1970s. It is the market desperately trying to get around a problem created by the state. But once this happens, if the controls are not repealed, the escape hatch becomes the norm. And this is precisely what happened.

This is how the seeds of the current legislation were sown — not after Obama's election or during Clinton's term or even during Johnson's presidency but all the way back 65 years ago during wartime, with intervention that hardly anyone objected to because of the national emergency.

"The health of American children, like their education, should be recognized as a definite public responsibility," President Harry Truman told Congress on November 19, 1945, just after the war and only seven months into his presidency. "The right to adequate medical care and the opportunity to achieve and enjoy good health," was a part of Truman's proposed Economic Bill of Rights. Another was the "right to adequate protection from the economic fears of … sickness."

Truman proposed in that speech that a national health-insurance fund be created and run by the federal government. Even the American Medical Association (AMA) called the bill "socialized medicine" and said that those in the Truman White House were "followers of the Moscow party line."

Despite support from the large labor unions, Truman was forced to abandon his attempted government healthcare takeover. But like most bad ideas hatched in Washington, parts of Truman's proposal lived on to resurface as legislation two decades later. In 1965, President Lyndon B. Johnson signed Medicare into law at the Harry S. Truman Library and Museum and reminded onlookers that Medicare "all started really with the man from Independence."

There is no greater example of why it is morally incumbent on everyone to oppose all forms of government intervention in all times. That includes, especially, wars that socialize the economy. Even seemingly small interventions can become huge and terrible decades later, even after those who imposed the measure are long dead. This is also why Mises and his best students were so intransigent in arguing against any and all government intervention.

There is another factor that hardly anyone mentions. How is all of this free government medical service going to be paid for? If the government were going to tax everyone, it could never work. The citizens wouldn't stand for it over the long term. The national debt is already beyond belief. Where are the resources to pay for this glorious utopia of perfect health equality?

It seems like an inauspicious place to look, but we must look to the marble palace on Constitution Avenue: the Federal Reserve. Here is the institution that runs the moneymaking machines that guarantee all the debt and that will create the phony money to pay for these insane dreams of universal happiness. Without the Fed, I can promise you, no one in Washington would be in a position to promise such absurdities.

If you think about it, then, the real problem is not that politicians dream impossible dreams. They've been doing that for a hundred years, a thousand years, and even back to the ancient world. The real problem is structural and institutional: it is the central bank that leads politicians to imagine that their visions can be achieved. It is the central bank that unhinges them — at our expense.

In some ways, then, a worsening system of medical provision is only the beginning of the downside of universal health insurance. The unseen costs include inflation down the line, worsening business cycles, and, quite possibility, the final destruction of the dollar and the wiping out of all private wealth.

"There is no greater example of why it is morally incumbent on everyone to oppose all forms of government intervention in all times. That includes, especially, wars that socialize the economy."

Yes, the problem is serious. But protests and partisan politics only go so far. Ultimately the solution comes from intellectual understanding of the broader issues, which go well beyond the details of this particular legislation. We must understand the dynamic of intervention and the role of fiat money and the central bank in funding the whole process.

Another book we need to reread is by Henry Hazlitt. It is called Time Will Run Back. It tells the story of a despot who inherits a decrepit, burned out, totalitarian society, and he is inspired to rethink the logic of the system. With the aid of some reading, he and his aides systematically unravel the interventions. The same logic that led the state to ramp up its control led it to retreat and allowed freedom to flower.

We can follow the headlines and despair or we can support the source of light and have hope. Please join the Mises Institute in our work of bringing that light to a new generation. As Mises said, ideas are more powerful than armies and certainly more powerful than the meddling legislative bodies and huckster politicians that manipulate them.

This mess can be rolled back, and freedom can triumph.