The Health-Insurance Market Is Not Free 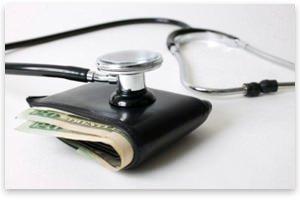 "Were it easy for new health-insurance companies to enter into the market, surely we would be seeing a vast increase in them as a response to the record profits of the past few years."

With the government's healthcare plan looming above us, there has perhaps never been a better time for Americans to understand the excessive costs of health care, and the origins of these vast increases.

While many commentators have been quick to blame the free market for these costs, health insurance in America is not completely "free." For instance, in Idaho, Maine, Massachusetts, New York, New Jersey, Ohio, Rhode Island, and Vermont, there are regulations called "guaranteed issues." These force insurance companies to accept all comers, regardless of preexisting conditions.

Likewise, more than 30 other states have lesser (but very similar) regulations forcing companies to accept all comers. Such regulations allow individuals to buy insurance as soon as they need a given type of high-cost care. This is like letting a driver who causes a major accident purchase the insurance after the accident and expect all his car repair bills to be paid.

In an effort to protect themselves, insurance companies would prefer to then charge more to the person who waited until he became sick to buy insurance. However, some people cannot afford these higher payments, so the government has imposed price controls.

There are also "community ratings," which require insurance companies to charge the same amount to all members of a pool. Maine, Massachusetts, New York, New Jersey, North Dakota, Oregon, Vermont, and Washington are the most severe. These "community rating" laws effectively force insurance companies to finance people with preexisting conditions, and as a result they vastly increase the premiums for healthy people.

With community ratings in effect, an 18-year-old's premium is the same as 60-year-old's. Often, when a young and healthy person sees their premiums rise, he or she drops out of the insurance pool, which then leaves it more full of sick people, again increasing premiums for the remaining members. These community ratings contribute a great deal to the large number of uninsured, and are among the reasons why healthcare in New York and New Jersey is the most expensive in the country.

Government regulations also prohibit people from buying insurance from companies that are headquartered out of states that have a different set of regulations. This is an obvious barrier to entry, which decreases the supply of competing insurance companies and thus raises the price. As I noted before, each state determines the provisions that insurance companies must abide by. This means that the regulators essentially grant monopolies in each state, since insurance licenses must go through them. The barriers to entry in the health-insurance market are thus appalling.

So long as a market is highly competitive and has little or no barriers to entry, a particular firm acquiring significant market share will not always translate into greater market power. Were it easy for new health-insurance companies to enter into the market, surely we would be seeing a vast increase in them as a response to the record profits of the past few years. On the contrary, the number of health insurance companies has been on a consistent decline because of regulations and barriers to entry.

The current system of employer-provided health insurance traces back to domestic policy during the World War II era. Due to government policy, inflation grew both before and during WWII. As a "remedy," caps on wage increases were imposed by the government. In response, employers began to offer their employees health insurance to soften the blow and attract quality workers.

The federal government did not consider an increase in health benefits a violation of these wage controls, and in 1943 the IRS ruled that health benefits were tax exempt for workers. After the wage caps were abolished, health insurance benefits became seen as the norm and were not eliminated. For instance, by the early 1960s, General Motors was paying 100% of the healthcare bills for their employees (retirees included).

So, anyone who claims that the high costs of health insurance originated in the "free market" is either severely mistaken or lying.

There are certain groups that profit from these governmental policies: lobbyists, who obviously carry a significant amount of political clout, and the bureaucrats themselves. However, there are many more losers than winners under the current state of affairs; and adding more government provisions would only increase the costs for taxpayers and insurance consumers.

Anton Batey teaches within the Detroit public school system. He is pursuing a master's degree in social studies at Wayne State University, also in Detroit.