GET NEWS AND ARTICLES IN YOUR INBOXPrint
A
A
Home | Mises Library | Has John Gray Returned to Classical Liberalism? 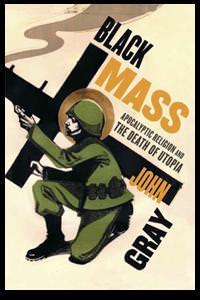 Has John Gray come back? Once a classical liberal admired by Murray Rothbard, Gray many years ago abandoned the defense of the free market. Herbert Spencer, he now claimed, was a precursor of fascism; and Friedrich Hayek, no longer in his view a great thinker, was now just another ideologue. To pin down Gray's ever-changing views was no easy task. When one did manage to understand him, the result hardly repaid the effort. His latest book, though, is in parts much better.

In Black Mass, he has not repented and returned to the classical liberal fold. But he applies his principal criticism of the free market to a much worthier target: the war policy of the Bush administration, aided and abetted by neoconservative ideologues. According to Gray, "[m]odern politics is a chapter in the history of religion" (p. 1). Revolutionary movements such as fascism and communism were not, as their proponents thought, the outcome of modern science:

At its height twentieth-century communism replicated many of the features of the millenarian movements that rocked Europe in late medieval times. Soviet communism was a modern millenarian revolution, and so — though the vision of the future that animated many Nazis was in some ways more negative — was Nazism. (p.4)

Gray has here been much influenced by Norman Cohn's Pursuit of the Millennium and by Eric Voegelin's The New Science of Politics, though he does not concur with Voegelin that Nazism revived a Gnostic pattern of thought. 1 (Voegelin, by the way, did not flee Nazi Germany in 1938, as Gray claims [p. 68].)

For Gray, Hayek falls into the same millenarian pattern:

Hayek was a sharp critic of Positivism who would have been horrified by the suggestion that he had anything in common with [Auguste] Comte the Positivist ideologue. Yet, like Comte, Hayek turned to science to validate a providentialist view of human development. Though they differed radically about its structure, both believed a universal system was the end-point of history. (p. 92)

Gray has misunderstood Hayek radically. Hayek, like Mises before him, showed that socialism cannot work and that the attempt to institute it is inimical to liberty. 2 Further, endeavors to "improve" the market through governmental interference fail to achieve their purpose: there is, as Mises phrased it, no third system intermediate between socialism and capitalism. (Mises condemned intervention in much more resolute fashion than Hayek.) In these contentions, they were either right or wrong. If they were correct, there is no point to an appeal to millenarian thinking to explain their thought. Only if one is dealing with a system of thought radically at variance with reality does the question arise of why someone supports it. 3

Gray of course fails to show that Hayek's views on economics were mistaken, and, surprisingly for someone who has published a book on Hayek, shows little knowledge of his work. Thus, he claims that "Hayek exaggerated when he suggested that centralized economic planning was impossible — the British command economy worked pretty well during the Second World War, for example" (p. 90). As if the calculation argument did not concern the production of a wide variety of goods and services in an economy without a world capitalist market!

In the 1930s he [Hayek] engaged in an extended debate on the origins of the Great Depression with J.M. Keynes, which Keynes — a more penetrating thinker as well as being more skilful in orchestrating opinion — won without difficulty. (p. 89)

Would that Hayek had engaged in a detailed response to Keynes! But, aside from his demolition of Keynes's Treatise on Money, he did not do so.

But I come not to bury Gray, but, at least in part, to praise him. His millenarian model applies very well to the neoconservative advocates of war with Iraq. If one thinks that communism was a millenarian movement, this fit will occasion little surprise. A number of the neoconservatives began as supporters of Trotsky; and, though their political allegiance has changed, their pattern of thought has not.

Many of the older generation of neo-conservatives began on the anti-Stalinist far Left — Irving Kristol, the political godfather of the movement, wrote an autobiographical essay called 'Memoirs of a Trotskyist' — and the intellectual style of that sectarian milieu has marked the neo-conservative movement throughout its history. (p.122)

Yet even when he makes an insightful point, Gray does not avoid his customary penchant for error. He lists a number of "chief figures who shaped the neo-conservative movement" ands suggests it unlikely that they read much of Burke or Disraeli. Unfortunately for Gray, one of the people he lists is Melvin Lasky; and, had Gray examined Lasky's massively erudite Utopia and Revolution, he would have found discussions of both Burke and Disraeli.

Gray, though, is right on the central point. Just as Trotsky maintained that continual revolutions would bring the blessings of communism to the world, so do his neoconservative descendants think that all countries must be recast as modern democracies. Sadly, this version of utopian fantasizing has beguiled more than a few inconsequential intellectuals. The Bush administration has embraced this policy. Applied to Iraq, this has led to disaster. As the neoconservatives saw matters, once American arms dislodged the tyranny of Saddam Hussein, the Iraqis would joyously set about to establish democracy. Of course, the chief result of our ill-starred intervention has been lethal ethnic and religious warfare, as well as an increase in terrorism.

Competent experts warned in advance that this would be the outcome of invasion, but the neoconservatives were not deterred. These secularized millenarians had glimpsed the pattern of history. They knew that democracy was the order of the day; like another millenarian, Woodrow Wilson, they could say, as he did at Versailles: "Logic? I don't give a damn for logic!"

Gray, by the way, frequently reminds the reader of his own prescience. Unlike the neoconservatives, he warned against an invasion of Iraq. But when he mocks the "paranoid world-view" of James Jesus Angleton, "for a time CIA chief of counter-intelligence … [who] under the influence of the KGB defector Anatoliy Golitsyn … came to believe that the Soviet Union had been engaged for many years in a global campaign of strategic deception in which it projected itself as weak" (p. 138), he omits to mention a fact of some interest. Gray himself at one time took very seriously indeed Golitsyn's view that the end of the Cold War was a Soviet hoax.

Like past millenarians, the Bush administration and its advisors think that any means may be used to accelerate the arrival of history's goal. Accordingly, torture has now become an acceptable tactic: must we not gather as much information as possible to combat the enemies of history? "Torture at Abu Ghraib was not the result of a few officers acting beyond their brief. It was the result of decisions at the highest levels of American leadership" (p. 159).

Who influenced the neoconservatives to arrive at their odd ideas? Some have looked to the enigmatic political philosopher Leo Strauss; but, as Gray rightly notes, Strauss did not support the universal imposition of democracy. Quite the contrary, he was at least in his Weimar years a conservative, influenced by Carl Schmitt's criticism of liberalism. (Gray goes too far, though, when he calls Schmitt Strauss's "chief mentor" [p. 128]; Strauss's main article on Schmitt criticized his analysis of liberalism. Also, Strauss did not sever his links with Schmitt after the Nazis came to power, as Gray claims; Schmitt did not answer Strauss's last letter to him.) Strauss, whatever his failings, cannot be saddled with the foreign policy inanities of contemporary neoconservatives. 4

In his discussion of Strauss, Gray makes the best point in his book. Strauss feared the impact of nihilism and favored a return to the teachings of classical natural right. But, Gray rightly remarks, Strauss offered no compelling argument that the teachings of the classics were correct, if indeed he fully believed this himself. He also thought that the teachings of reason and revelation, Athens and Jerusalem, could not be reconciled. Neither reason nor revelation could incontrovertibly establish its own perspective. Owing to these limitations, "he [Strauss] did not think that reason could supply a remedy for nihilism."

The difficulty with Strauss's belief that we can cure nihilism by returning to a classical view of things is that he never gives any ground — other than the need to escape nihilism — for accepting such a view. The classical view of the world is that it is a rational order, but Strauss was proposing that we accept this view by an act of will. It is a contradictory position…. (p. 132)

But enough praise of Gray — this is The Mises Review, after all. The book contains one howler that will delight connoisseurs of such matters. Gray quotes a speech by Robespierre in 1792 that offers advice still of value today:

The most extravagant idea that can be born in the head of a political thinker is to believe that it suffices for people to enter, weapons in hand, among a foreign people and to expect to have its laws and constitution embraced. (p. 146)

So far, so good; but then Gray characteristically introduces a mistake: he refers to "Robespierre's warning to his fellow Jacobins of the perils of Napoleon's programme of exporting violence throughout Europe."

Of course Napoleon did not have such a plan in 1792; he did not become the commander of the French army in Italy, his first European command, until 1796, long after Robespierre was guillotined in 1794. 5 I suppose that a major thinker can't be bothered with dates.