Guardians of the Warfare State 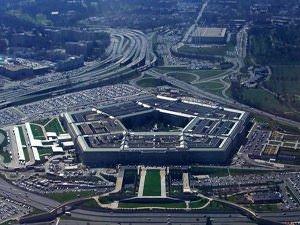 [Editor's Note: Trump is reportedly set to nominate Acting Defense Secretary Patrick Shanahan, a former Boeing executive, as Secretary of Defense. Given his background, Shanahan looks to fit the typical bill for the job. In this 2013 article, historian Hunt Tooley discusses where secretaries of state come from, and why they are all so similar in background.]

An analysis of the U.S. secretaries of war and defense (the name was changed from secretary of war to secretary of defense in 1947) gives us some insight into the nature of the relationships within the “military-industrial complex.” Though these secretaries are not the only gatekeepers of the warfare-welfare state (and perhaps not even the most important ones), they do perform a crucial function in coordinating the collectivist, rent-seeking corporate entities with the political parties and their largely social-democratic agendas.

Of 41 secretaryships since 1900, we are looking at 39 individuals, two having served twice under two separate presidents. These 39 secretaries came from 19 states only. The overwhelming majority were from the Atlantic seaboard. Strikingly, 41 percent of these secretaries of defense and war came from just three states: New York, Pennsylvania, and Ohio. Casting our net a bit wider geographically catches two-thirds of the secretaries. These three states were populous ones, to be sure, but for the whole period, their average percentage of U.S. population would be something under 20 percent. Furthermore, very few came from the great cities. The secretaries from New York were far more likely to come from Clinton (Elihu Root) or Glen Falls (Robert Patterson) than New York City. These were mostly small-town kids from western Pennsylvania, upstate New York, and adjoining districts.

Perhaps less surprisingly, 52 percent attended Ivy League institutions (some of them only the professional schools at the Ivies). Of the Ivy Leaguers, 11 were Republican secretaries, ten Democrat. Yet in spite of the elite educational connections, most of the secretaries came from middle-class, and in several cases, distinctly lower middle-class backgrounds.

Not all, of course. Robert Lovett (under Truman) was a scion of Union Pacific money (hence related to a couple of banking empires). Elliott Richardson (under Nixon) was from a blue-blooded family of Boston Brahmins. William Howard Taft (under Theodore Roosevelt) was from the powerful Ohio Taft family of Cincinnati.

Their bios show that, at least in broad summary, even the most atypical of the 39 do not stray too far from the following portrait, a kind of ideal-type of war secretary.

Our model secretary of war or defense is an individual from western Pennsylvania. He comes from a sturdy middle class background which enables this bright, hard-working kid to get an Ivy League education, most likely at Yale. He writes or edits one of the college publications. Since our man is at Yale, he is sought out by a secret society, and he gets into, say, Skull and Bones (the most frequently occurring, though some others are represented), rubbing shoulders there with the elite families and fortunes.

If there is a war on after college, our man will serve a short stint in the military. He will then study law at Harvard, working afterward for a law firm or an investment bank. Making his way into state or national politics, he will serve in a number of legislative or executive positions.

Our ideal man — and they are all males — would definitely be in the Council on Foreign Relations (after 1922). After having served for three or four years as secretary of war or defense, our man will go back to “business,” almost certainly investment banking. (This is true in nearly every case, even for those who were not bankers before.) He would also maintain extensive board memberships, consultative positions, and other connections to the arms industry. And he would be connected with the worlds of both government task forces and the great tax-free foundations (Ford Foundation, Rand, etc.) and maintain close connections to Lehman Brothers, Morgan, Jacob Schiff, and Goldman Sachs.

Now, let me say that there are plenty of incidental variations in the pool. Interesting ones at that. One secretary of war had two descendants (grandson and great grand-daughter) who would be nominated for academy awards (George Dern, one of FDR’s war secretaries). One secretary of defense served twice and in between joined big pharma and successfully gained the FDA approval of Aspartame (Rumsfeld). One secretary of war established the Davis Cup in tennis (Davis). Two secretaries had previously been college roommates (Rumsfeld and Carlucci). And one of Roosevelt’s war secretaries was a strict non-interventionist (Woodring)!

As mentioned, only a few of the secretaries came from old money and privilege: in general, these men are not the shadowy banker puppet masters nor the vicious capitalists of imagination, but rather the sons of farmers, small-town attorneys, and school teachers whose ambition took them to positions of influence. Indeed, some exercised enormous influence on policy: think Stimson, McNamara, and Rumsfeld, for example. Some much less. There were no real Metternichs or Richelieus among them, no “coachmen of Europe” so to speak. Rather, they were high functionaries of the warfare-welfare state. And, it must be said, hard-working, intelligent, and capable individuals.

All this hard work was applied to procuring materials for war, getting them from the preferred sources, shaping American defense organizations so as to carry out the military plans of the president and his advisors. Maybe even ensuring that the destruction inflicted would be such that the reconstruction would yield profit to favored sectors and companies later on. These secretaries certainly provide one of the secured connections between politics and the upper-level decision-making levels of “wise men.”

I am suggesting that this specific profile may be crucial to the political process of brokering deals between the parties, the administration, high finance, the military, and arms manufacturing — in essence the military industrial complex. The modern imperium, no less than the state of the Sun King, needs highly skilled managers of even temperament and total loyalty. The “democracy” of today — part theater, part therapy, part oligarchy— might serve up oddballs and originals as Secretaries of state, senators, and presidents. But the defense secretaries, crucial machinery of the perpetual warfare state, are finely-honed parts of a specific make.

Parenthetically, and without attributing special significance, I observe a tendency to partisan difference in style among our defense ministers. The Democrat party has tended to choose a few more out-of-sync secretaries than the Republican party. Also, a few more Democrat secretaries came from outside the Bermuda Triangle (of New York, Pennsylvania and Ohio) of war secretaries.

On the other hand, it is likewise true that Defense is the cabinet position that probably most frequently crosses party lines, as in the case of Secretary Hagel. Clearly, at times, these guardians are simply interchangeable.

Both political parties have of course acted as fronts for the state elite, for the system of the warfare-welfare state. The appearance of tension between the two parties in matters of war-making has been theater in many ways, though many participants are, no doubt, true believers. Yet these ideas have to be conveyed against the backdrop of actual aggressive warlike activity by both parties when in power.

The indispensable interface between parties, business, and elites is guarded by a special class of loyalists, usually extremely bright individuals of modest family and social status, chosen by the state elite to do this work, and later rewarded accordingly. When we look at these men and these functions, it is hard to imagine how it could be otherwise.