GET NEWS AND ARTICLES IN YOUR INBOXPrint
A
A
Home | Mises Library | Grandfather Willcke: Mises's Unsigned Editorial for the New York Times 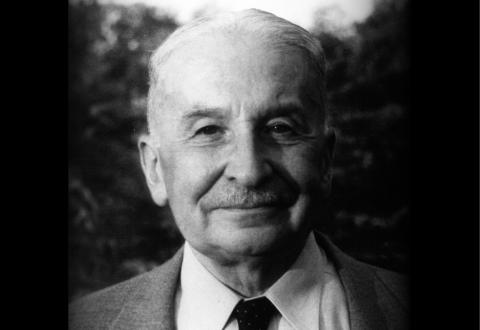 Mises wrote his first New York Times editorial in March 1941, having been in the United States for less than a year. He addressed a dispute between Josef Göbbels and Wendell Willkie, and provided a capsule version of mid-19th century Prussian history. The editorial, reprinted below, was published without Mises's name, and he was paid $10.

Before the United States entered World War II, Willkie, who had just lost the 1940 presidential election to incumbent Franklin Delano Roosevelt, traveled to England and asked the BBC to broadcast his personal message to the German people.

As an American of German ancestry, Willkie wanted to "[tell] the people of Germany that Americans of German descent rejected and hated the aggression and lust for power of the present German Government."1 Willkie claimed that his grandfather had left Germany in the previous century to avoid political oppression.

Josef Göbbels, the Nazi Propaganda Minister, responded by claiming that German records indicated that Joseph Willcke had left Germany not for political reasons, but in reaction to the financial misdeeds of a Jewish businessman.

The New York Times reported: "German quarters state that Mr. Willkie's grandfather left Germany in 1860, more than ten years after the 1848 revolution, not because of political oppression, but because he had been deprived of his inheritance, a copper smithy, which his mother sold to a Jew…."2

Having fled the Nazis himself, Mises and his wife arrived in New York with barely any money and no prospects for income. His pension and bank accounts in Vienna had been frozen by the Nazis and subjected to an "escape tax" (Reichsfluchtsteuer) and a Jewish tax (Judenabgabe), and while his former students and disciples had found prestigious positions in British and American universities (often with his help), Mises was considered too inflexible a defender of laissez-faire liberalism, and too out-of-step with the empiricism, positivism, and abstract mathematical models that were taking over the economic mainstream. No university would have him.

Fortunately for the 59-year-old Mises, he was befriended by the New York Times writer Henry Hazlitt—who later wrote Economics in One Lesson and helped Mises to get Human Action published.

Because of the Hazlitt connection, Mises was given the opportunity to write for the New York Times.

Herr Goebbels recently attempted to cast doubt upon Mr. Willkie's statement that his grandfather left Germany because he could not stand the political oppression. According to the Goebbels version, Grandfather Willcke sailed from Hamburg on Aug. 14, 1860. This date alone seems in the eyes of the Nazi Minister to prove that the motives for the emigration could not have been political. Apparently Herr Goebbels believes that the political conditions in Prussia in those days were perfect, that the subjects of the King enjoyed every opportunity and that they had nothing to complain of.

The Nazis are poor historians, otherwise they would recall that the political outlook in Prussia in those days was quite dark—in any case, dark enough to make the friends of liberty despair of the future. The reigning King was hopelessly insane. Since Oct. 7, 1858, his brother and presumptive heir had ruled in his place as Regent. This Prince-Regent, later William I, was a strong opponent of democratic institutions.

In the revolution of 1848 he was the commander of the Royal Body Guard. Public opinion made him responsible for the bloodshed in Berlin of March 18, 1848, and gave him the nickname "Cartridge Prince." When the revolution went farther, he was forced to flee and spend some months as a refugee in England. With the turn of the tide he came back and commanded the Prussian forces that ruthlessly suppressed the democratic and republican movements in the Palatinate and in the Grand Duchy of Baden.

The situation in those years was very similar to that in England in the days when Charles I tried to restrict the powers of his Parliament. There were political persecutions, imprisonments, suppression of newspapers and books. Such were the conditions in Germany in the years when, according to Dr. Goebbels's version, Joseph Wilhelm Willcke emigrated. In any case, he did not emigrate from an earthly paradise or from a land of opportunity.