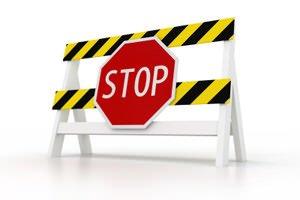 Government is a repressive force. Within its scope, it prescribes patterns of conduct whereby the citizens are forbidden from doing certain things. Every deviation from these decrees is judged to be "lawlessness," punishable even unto death.

The first recorded laws under government, for instance, were those of 3,800 years ago which decreed that any market transaction other than at a specified price was unlawful. This, within its scope, was an attempt to eliminate all variation.

In the acts of government, a singleness of conduct is attempted which by its very nature defies the law of variation. Every violation of a decree is officially judged to be an evil. The exercise of human capacity for independent judgment, free choice, and action is curbed by government. This is in violation of liberty, the requisite of progress.

As previously discussed, however, certain governmental activity increases the scope of liberty throughout society. The repression of certain actions of persons that are in violation of the rules of a liberal society results in a net increase in liberty. Up to that point government can generate progress, but when it goes beyond that point in enforcing a singleness of conduct it destroys liberty and progress in that society.

The result of an expansion of governmental action beyond that defined as the objective of government in a liberal society is to make human conduct more and more similar to that of the social insects — involuntary servitude to the unknown. These insects offer an illustration of what happens when variation is considered to be a thing of enmity, and steps are taken to reduce it more and more in scope. Thus, over the ages, these insects have developed into their present form.

In the attainment of a fixed purpose and socialistic design of the insect colony, any individual insect that exhibited any capacity for thought and free choice presumably had to be destroyed in a continuous purge. If one of them should evidence individuality or dissimilarity from the pattern of conduct prescribed in The Plan, he was an enemy of that society. He was a traitor and met the fate of a traitor. The question was not whether he was right or wrong.

This ruthless purge of all dissenters from the "pattern of conduct in harmony with an orderly society" left only those insects having a minimum capacity for thought and independent action. It left only a living counterpart of the fixed qualities of chemical elements in a stone or a brick. As a consequence, variation, so far as it relates to the matter of intelligence, the urge for liberty, and the will to be free in making decisions of choice, was bred out of these strains of life. So we now find among these insects a high degree of standardization of these particular qualities. Theirs is an unintelligent conformity to an unprogressive society. Their lack of progress is the unavoidable consequence of a bounden duty to a predestined role. The same will happen to humans, if they should ever bow in bounden duty to the wishes of a dictator over a period of time.

Carried to the ultimate in eliminating variation and its manifestations, a completely authoritarian government becomes the result. Such a government would declare all progress to be illegal. This would, of course, be unintentional. But the fact remains that the extreme egotist is a natural dictator, one who would control others with the intent of preventing them from making "mistakes"; and he deems himself to be the only one worthy of judgment in the matter of what is and what is not a mistake.

In response to these observations, one may inquire why a government that acts in harmony with variation and change could not become an agency of progress. This would mean allowing the individual to follow his wisdom and conscience without prohibition or penalty, provided he does not trespass on the rights of others under the concepts of liberalism. But why would it be necessary for government to decree that a person shall do as he will? That is precisely the type of thing that does not require an enactment of government. A policeman would not be very busy making people do what they want to do!

For government to act in such a manner is not to govern at all. Thus to argue for governmental permission of variation and change is to argue for an absence of government. The small boy, in similar vein, was said to have asked his "ultraprogressive" teacher if he had to do what he wanted to do.

For government to issue permits for the rule of variation is a rather questionable claim to authority. If variation is a universal law, governmental bodies need not notify the Maker of His rights in guiding the affairs of the universe, nor can they without false authority issue any such decrees to the citizens. The truth of the matter is that these governments do not wish to grant rights of variation. It is not surprising that an authoritarian government declares the laws of inheritance and of variation to be not to their liking, and attempts to make both religious belief and inheritance of variable characteristics nonexistent by mere edict.

"The same stroke that destroys liberty and the chance for progress creates a power which releases the tides of unreason."

A government cannot rescind universal laws by enacting contrary statutory laws or administrative decrees. When this is attempted, failure to comply with the law or decree is certain to follow. Citizens are placed in a most undignified position; they must choose between being a criminal in the eyes of the law or a sinner in the eyes of the Maker. A problem that perplexes many religious persons and scientists, who have knowledge of these natural laws, is that of identifying the point in this contradiction of authority where rebellion is justified against the would-be usurpation of Divine authority.

It is commonly believed that the "democratic process" will assure progress. But there is no way of designing excessive governmental activity so as to assure that it will aid progress rather than stop progress.

Progress arises in every instance out of an extreme minority of opinion, not the majority of opinion. The seedlings of progress are often so small and unnoticed that they are ignored by those who would otherwise destroy them in ignorance as "evil" thought or acts. But if everything were to be subjected to majority rule, every step of progress would presumably be destroyed in its infancy.

When we consider the separate historic events that comprise what we now accept as the steps of progress, and if we note how unacceptable they were in their early day, it should be clear that little progress could have occurred under a rule of the majority over the ages. As illustration, the potato, a marvelously productive new crop from South America, was barred from introduction into the agriculture of England during the extended time when this type of rule by the members of each community was in operation; it barred individual freedom of decision and action, and prevented the progress that always arises because someone is willing to hazard the trying of something new.

Neither does the device of compromise prevent the acts of government from stopping progress. Truth is not a thing that can be compromised. A thing is right or it is wrong. Principle cannot be compromised; it can only be abandoned. The route to the discovery of truth is to allow a person to be wholly right or wholly wrong. Compromise is bound to be wrong. The search for truth is impeded by the fact that a person who thus abandons reason and who adopts the compromise means of always being wrong is so commonly termed a reasonable person, and crowned with virtue and perhaps given a position of power!

Ignorance and false beliefs, the barriers to truth and progress, are harbored by the majority of persons about all things except the core of "accepted truth." Their numbers make them the rulers in the democratic process. They should not be empowered with rule over the "creative minority" at the crucial time when these steps of progress are being taken and an acceptance of newly discovered truth is being slowly gained.

An essential feature of a liberal government is the protection of minorities, and of the rights of minorities against plunder by the majority. The ultimate of minorities is one person. And so the ultimate of liberalism, as it has been defined herein, is the protection of each person against the plunder of one or more other persons. This makes it possible for one person to be protected while he sows the seeds of progress, by withdrawing from the stampede of unreason that is around him. He must be protected, else there can be no progress. The protection must be general, covering all persons equally, because there can be no way to know in advance who is the person who will make the contribution to progress.

Progress always hangs by a slender thread, which can easily become severed. That is why progress has been so slow and uncommon over the history of the human race.

Progress is but a step away from retrogression. And whereas progress is a difficult upward climb, the slide down the slope of retrogression is so simple that even the most ignorant can negotiate it. A dictator who is totally incapable of any contribution to progress is likely to be skilled in its destruction.

Retrogression, once started, tends to accelerate. That is why in the past the slow advancement of various "civilizations" have quickly dissolved into "dark ages." The slow and painful gains of centuries, whereby progress under liberty is built upon the accumulated experience of the ages and wisdom of the sages, can become lost in a short space of time. The same stroke that destroys liberty and the chance for progress creates a power which releases the tides of unreason, under a false prophet who forces wholesale adherence to untruth among those within his domain.

The many users of the benefits of progress, especially in a democracy, hold in their hands the tools for the destruction of the fruits of progress. When once they have destroyed the liberty on which progress feeds and grows, they will have bequeathed to their children and to their children's children — to generation on generation that is to follow — an age of poverty and of social disintegration. That is our present threat.

Variation must be respected and protected, since it is the source of progress. To impose punishment on all that is at variance is to poison all progress. Nature's law of variation deserves full sway over wide scope, and it is improper for government to intercede except where one person trespasses on the rights of another under liberty.

This article is excerpted from Liberty: A Path to Its Recovery, chapter 10, "Government and Progress" (1949).

Floyd Arthur "Baldy" Harper (1905–1973) was a Cornell University professor and member of the Mont Pelerin Society. He helped start up the Foundation for Economic Education, codirected the William Volker Fund, and founded the Institute for Humane Studies. At Harper's death, Murray Rothbard wrote, "Ever since he came to the Foundation for Economic Education in 1946 as its chief economist and theoretician, Baldy Harper, in a very real sense, has been the libertarian movement. For all these years, this gentle and lovable man, this wise and Socratic teacher, has been the heart and soul and nerve center of the libertarian cause."