GET NEWS AND ARTICLES IN YOUR INBOXPrint
A
A
Home | Mises Library | Gold: The Market's Global Currency 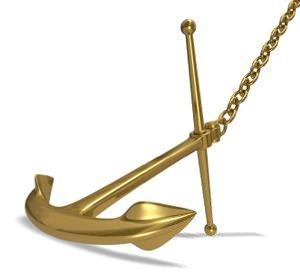 World Bank president Robert Zoellick has stirred up a hornet's nest with his recent call for a return to a gold anchor1 in the global financial system.

In the present article I'll explain the resurging interest in the yellow metal.

I'll also explain the dangers of Zoellick's proposal, and why fans of the classical gold standard should be wary.

The Limitations of the Printing Press

In order to make sense of our current situation — and why Zoellick would timidly call for a return to a pseudo-gold standard — we need to first think through the logic of fiat money. Fiat money is not "backed up" by anything; it is intrinsically useless paper (or nowadays, mere electronic bookkeeping entries) that is valuable only because of its anticipated purchasing power. In contrast, a market-based commodity money, such as gold or silver, is a useful good in its own right, serving industrial and consumer purposes.

The critical difference between fiat and commodity money is that fiat money can be produced in virtually unlimited quantities at very low cost. In this respect, the person who controls the printing press of a fiat currency is in a much stronger position than the person who owns a gold mine. With just some ink and paper, the printing press can create a million new dollars quite easily, whereas the owner of the gold mine would need to hire workers to operate expensive equipment in order to bring forth new amounts of gold having the same market value.

Yet we shouldn't conclude that the owner of a printing press has unlimited power. For one thing, prices would eventually rise in response to large amounts of new money creation. So printing off, say, $1 million in fresh new currency would buy fewer and fewer goods and services with each successive round of inflation.

Even more problematic, the people in the community would abandon the currency if the inflation became too excessive. For example, if a brilliant counterfeiter developed a machine to produce perfect $100 bills in his basement, he wouldn't be able to literally buy the whole world. Long before that point — even if the authorities didn't track him down — people would have ditched the dollar and switched to the use of other currencies.

Although our scenario sounds farfetched, it's actually very close to the real world, right now. The only difference is that instead of our hypothetical, brilliant counterfeiter in the basement, we have our actual, less-than-brilliant economist in the Federal Reserve. His name, of course, is Ben Bernanke.

The original Bretton Woods system — so named because of the location of the meetings that established it in 1944 — governed international monetary arrangements in the postwar era until Richard Nixon's fateful decision to close the gold window in 1971.

Under the Bretton Woods agreement, other nations would use US dollars as their "reserves." The Bank of England, Bank of France, etc., would issue their own domestic currencies, but would maintain stockpiles of US dollars with which they could regulate the value of their own currencies. If the British pound sterling began to depreciate against the US dollar, for example, then the Bank of England could enter the foreign-exchange market and use some of its dollar holdings to "buy pounds," thus bringing the value of the pound back within target. In this way, investors across the globe could feel comfortable with their British financial holdings, because the pound was tied to the dollar.

"Gold is the bane of central bankers."

Note the tremendously advantageous position that the Bretton Woods system assigned to the United States. As issuer of the world's reserve currency, the United States had a very captive market. If the Bank of England wanted to increase its dollar reserves by another $1 million, then ultimately Great Britain had to sell $1 million worth of goods and services to Americans in order to earn the dollars. The Bretton Woods system effectively expanded the scope for US inflation to the entire world, thus magnifying the benefits to those who controlled the American printing press.

Of course, the other members of Bretton Woods understood these details. The US achieved its privileged outcome in the negotiations because of its economic and military might at that point in world history. But in order to restrain the natural temptation for runaway inflation by US officials, the Bretton Woods system linked the dollar itself to gold. Specifically, any central bank could redeem its dollars for gold at the fixed rate of $35 per ounce.

The Bretton Woods system has been described as a "gold-exchange standard," in contrast to the classical gold standard. In the original framework — which was smashed, like so many other aspects of Western civilization, in World War I — each nation tied its own currency to gold. Then, the currencies in turn traded at fixed exchange rates against each other, because of their mutual ties to gold. Individual citizens could present the currencies for redemption in gold, keeping a very tight check on inflation. If any central bank began to issue too much currency in relation to its gold reserves, speculators would begin depleting the reserves, causing the central bank to quickly reverse course.

Under the diluted Bretton Woods system, individual citizens had no right of redemption. Most currencies were only indirectly linked to gold (via their link to the dollar). And, of course, even this tenuous link was destroyed when Richard Nixon abandoned the dollar's convertibility to gold in 1971. At this point, the entire global financial system was based utterly on fiat money.

No longer shackled by the peg to gold, the Federal Reserve began printing money with reckless abandon. The obvious results were an acceleration in US consumer prices, and an explosion in the US trade deficit, trends that noticeably worsen after 1971:

The Reluctant Return to Gold

Say what you will about the powerful people running the global monetary system, but they aren't stupid. They can see as well as the rest of us that there is no "exit strategy" for Bernanke's bouts of massive inflation, or "quantitative easing" as they now call it. At some point, the trillion(s) in excess reserves will begin leaking back into the broader monetary aggregates. At that point, Bernanke or a successor will need to choose between saving the dollar or saving major Wall Street institutions. I predict that he will sacrifice the dollar, and it seems many elites around the world have come to the same conclusion.

It is in this context that World Bank president Zoellick writes:

The G20 should complement [a] growth recovery programme with a plan to build a co-operative monetary system that reflects emerging economic conditions. This new system is likely to need to involve the dollar, the euro, the yen, the pound and a renminbi that moves towards internationalisation and then an open capital account.

The system should also consider employing gold as an international reference point of market expectations about inflation, deflation and future currency values. Although textbooks may view gold as the old money, markets are using gold as an alternative monetary asset today. (emphasis added)

To repeat, gold is the bane of central bankers; it ties their hands and limits their discretion when conducting monetary policy. However, the game collapses if people lose faith in the fiat currency underpinning the whole system. As the recklessness of Bernanke's moves becomes apparent to more and more people, the central planners around the world will need to throw a bone to the fearful public. A "basket of currencies," each of which is still fiat-paper money, will not suffice.

As Zoellick is a member of the Council on Foreign Relations, and a participant in the notorious Bilderberg meetings, some analysts are understandably suspicious of his motives. After all, if powerful people were trying to introduce a regional currency to replace the dollar — in the same way that the euro has supplanted the traditional European currencies — then it would be necessary to first wreck the dollar. In its place, it would be very tempting to offer a new currency with a tie to gold.

In this light, what appear to be "inexplicable" and contradictory actions by the Federal Reserve and other powerful figures would make perfect sense.

Regardless of the machinations of the political insiders, the laws of economics cannot be denied. Central bankers cannot be trusted with the printing press, especially when there is no formal check on their inflationary policies. It is no coincidence that gold is hitting such heights as investors the world over hunker down for what may very well be a collapse of the dollar system.