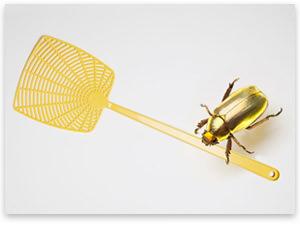 An article by David Weiner on the MarketWatch site reminded me of just how weak the economic arguments against the gold standard are. Its title: "A Fool's Gold Standard." I examine this article here.

The arguments by American critics of a gold standard all rest on this unstated presumption: The economic outcomes of policy decisions made by a committee of 12 salaried bureaucrats, 7 of whom were appointed by the president of the United States, and 5 of whom were appointed by the largest regional banks that own a majority of shares of the 12 regional Federal Reserve banks, are better for the nation than the decisions of millions of owners of gold coins, who seek their own interests.

This is the argument in favor of a salaried bureaucracy in place of the free market. It assumes the superior wisdom and superior public interest of a committee of academics (Board of Governors) and commercial banking agents (regional Fed bank presidents). The mainstream opponents of a gold standard never put it this way, but this is the inescapable implication of their opposition.

The only exceptions within the anti-gold special-interest group are the Greenbackers. They assume the following, and are willing to say so: The economic outcomes of policy decisions made by a congressional committee are superior for the nation to the decisions of millions of owners of gold coins, who seek their own interests.

Ultimately, this debate is between the logic of the free market as a social organization versus the logic of central planning. The battlefield is monetary theory and monetary policy.

Faith in the Federal Reserve

There is one overwhelming reason why the mainstream media ridicule gold as an investment and also gold as a monetary standard. To buy gold is to vote against the Federal Reserve System.

These days, we read that "gold is too high, so don't buy it." Did even one of these supposed investment experts on gold publicly tell people to buy gold when it was under $300? Of course not. Bill Bonner of Agora Publishing did in 2000. I did in October of 2001, immediately after 9-11.

The mainstream-media experts are experts on when not to own gold: now. It is always now.

The anti-gold bugs have been dominant in academia for at least a century.

The anti-gold bugs have been dominant in financial journalism ever since 1933, when President Franklin Roosevelt unilaterally made gold illegal for Americans to own. He issued an executive order on April 5, 1933. He gave Americans until May 1 to turn in their gold at $20 an ounce. Anyone who refused and got caught risked a $10,000 fine (at least $170,000 in today's money) and a decade in jail. The text is here.

Then, to complete the heist, the government hiked the price of gold to $35: the Gold Reserve Act of January 30, 1934. The government pocketed the difference: an increase of 75 percent. "Tough luck, suckers!"

Only one man was prosecuted under the executive order. If he had not contested the EO in court, no one would ever have known. So, the fearful and/or trusting citizens who obeyed the EO lost. Everyone who ignored it made 75 percent on his investment. This was consistent with the first law of federal politics: "You play ball with us, and we'll smash you in the teeth with the bat."

That was the end of the gold-coin standard in the world. It had ended for Europe in the weeks after the outbreak of World War I in 1914. Commercial banks began to experience runs by depositors on the gold coins stored in their vaults on behalf of depositors. So, the banks defaulted. The governments allowed this, just as Washington had allowed it in 1861. The central banks then confiscated the commercial banks' gold. Only England restored the gold-coin standard after the War in 1925. Then it reneged again in 1931. That left only the United States. FDR ended that loophole in 1933.

The financial world today regards FDR's action in 1933 as irrelevant, but legitimate. It was neither. It was a violation of contract. It was a concentration of wealth. It was confiscatory. Above all, it was undemocratic in the most fundamental way. His action removed from the general population the authority to impose negative sanctions — gold runs — on the fractional-reserve-banking system and the federal government.

In political democracy, your party can get its way if it gets 50 percent plus one vote, and the counting is not rigged. You get one vote, but it is diluted.

In gold-coin currency democracy, where the government is not in the money business, you get as many votes as you have gold coins on deposit at a commercial bank. You can withdraw your coins or deposit new ones. Your vote counts for you 100 percent. There is no dilution of your vote.

If 10 percent of the depositors vote "no" by withdrawing gold coins, the bank must change its lending policies. It must reduce lending and build up coins in the vault. The process of withdrawing gold coins does not take 50 percent plus one for concerned depositors to get their way. The more fractionally reserved the bank, the fewer withdrawals that it takes to effect a change of lending policy: higher reserves, fewer loans.

The defenders of the Federal Reserve System want highly concentrated voting: a majority on the Federal Open Market Committee. This is 12 people. Seven are appointed by the president and must be confirmed by the Senate. After this, he has no authority over them. Five are members of the 12 regional, privately owned Federal Reserve Banks. One of the five is the president of the New York Fed, whose membership does not rotate.

Compare this arrangement with the US Supreme Court, which has nine members.

The Court operates through the various executive bureaucracies. Its decisions can be resisted, but not overcome in the long run. The Court possesses legitimacy in the eyes of the voters. It will get its way.

The FOMC operates through commercial banks. But, when push comes to shove, seven people set policy. In theory, Congress or the president can tell the FOMC what to do. In practice, neither ever does this.

In short, democracy is window dressing for elite control over the United States.

This is why control over the curriculum materials and methodology of a dozen law schools and a dozen business schools is the heart of rule by oligarchy.

In terms of the 6,000 people who shape policies internationally, control over two dozen universities in the world, most of which are in the United States, is basic to shaping the outlook of this elite. Read David Rothkopf's book, Superclass. About one-third of the 6,000 people who run the institutions that run the world attended one of these two dozen universities. If we take the top 40, about 50 percent of the elite attended.

I used Google to search for "independence" and "Federal Reserve System." The first page, which few people ever go beyond, are self-serving puff pieces by Federal Reserve Banks.

The bankers have been successful in persuading the people who discuss the issues of the day to defend the autonomy of the Fed from political interference. Typical is this article from CBS News (2009):

Another example comes from Forbes, a major business magazine:

So before we rush to tampering with the Fed's independence, let's review why it is important. The answer is fairly simple. An independent central bank can focus on monetary policies for the long term; that is, policies targeting low and stable inflation and a monetary climate that promotes long-term economic growth. Political cycles, alas, are considerably shorter. Without independence from the political cycle the central bank would be subject to political pressures, which in turn would impart an inflationary bias to monetary policy. In this area politicians in a democratic society are shortsighted because they are driven by the need to win their next election. This is supported by empirical evidence. A politically insulated central bank is more likely to be concerned with long-run objectives.

A variant of the argument for central bank independence is that control of monetary policy is far too important to be put in the hands of politicians. As a group they have repeatedly demonstrated the lack of political will to make difficult economic decisions. But now they want to assert control over the Fed.

If you were to substitute almost any other special-interest group, conventional opinion would be outraged. Add the group to this sentence: "A variant of the argument for central bank independence is that control of [military, health, business, etc.] policy is far too important to be put in the hands of politicians." The main exceptions: law and education, where the elite control certification.

When the public had access to gold coins prior to 1914, individuals controlled banking policy. They also controlled government fiscal policy. They could take their coins out of commercial banks if they did not approve of government policy. This is why national governments annul or restrict gold-coin redeemability whenever a major war breaks out. They do not want to face the citizens' veto.

With the repudiation of any gold-coin standard since 1914, citizens no longer understand the case for a gold-coin currency. They do not understand that widespread gold ownership was the number one restraining factor on the expansion of state power in the economy. The uncoordinated individual decisions of millions of people could overturn any government policy that required central bank inflation to fund it. The politicians resented this. So did the central bankers.

Politicians do not take the step of putting money-creation under the federal government. They could, but they don't. This is the Greenbackers' solution. They have failed to persuade the Congress ever since 1863, when Lincoln allowed the issuing of fiat money by the Treasury, but promised to veto any further rounds of monetary inflation.

Who will hold the hammer? Who will veto decisions by the federal government? The answer used to be twofold: the gold-coin standard and the jury system. The intelligentsia has been successful in undermining the first. It has tried to do the second, with judges instructing juries that they can decide only the violation of a law, not the lawfulness of the law itself. It has been less successful in this than in its war on gold.