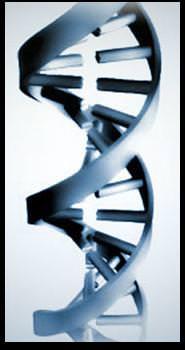 Thanks to recent technological innovations, companies like 23andMe are now able to offer comprehensive genetic profiles that can reveal predispositions towards certain health problems, and allow patients to take proactive measures to prevent them. Unfortunately, this potentially lifesaving diagnosis will not be available to most individuals because of so-called "genetic privacy" laws, such as the Genetic Information Nondiscrimination Act, passed by the House last year. One common argument used to justify such laws is that genetic profiling will lead to a "second class" of people who cannot obtain insurance or employment.

Like most "ethical dilemmas" attributed to technology, this "Gattaca argument" demonstrates a lack of understanding of individual rights and basic economic principles. An analogy is useful to understand its flaws:

Suppose that you wanted to buy a used car. You have a choice of two dealerships: One dealership will provide the full specifications of the car, offer a test drive, let you look under the hood, provide a complete history from a trustworthy third party, let you take it to your own mechanic, and even let you take the car back after a few days if you don't like it. The other dealership tells you the year and model of the car and allows you to look at it, and that is it. Take it or leave it. Which dealership would you prefer?

Suppose that used car dealerships lobbied for a law that limited your information about their cars. (Such laws are common for doctors, lawyers, and drug companies, who face numerous restrictions on their freedom to advertise.) Who benefits from such a policy? First, due to the increased risk of purchasing a lemon, the value of used cars will fall dramatically. Owners of reliable cars will now prefer to keep their cars longer, while owners of lemons will prefer to sell. Fewer people will be able to afford a decent used car, and more will be stuck with cars they don't want. There will be less incentive for car owners to maintain their cars, since their resale value will fall, and so will the quality of used cars on the market.

The auto dealers' margins will go up, but their sales will shrink. New dealers will find it more difficult to enter the market because reputation will become more important than the prices and quality of individual cars. Much more effort will be spent on both advertising and researching reputable dealers. The overall effect will be to raise costs for everyone, discourage responsible ownership, increase fraud and deception, and benefit incumbent dealers at the expense of newer competitors.

Consider the consequences of such an egalitarian policy if it applied to health insurance. If the government completely outlawed discrimination based on all risk factors, insurance companies would have to offer all customers a single rate. Healthy young women would be quoted the same rate as overweight, elderly men. What would be the result?

It does not take an economist to predict that rates would immediately rise, as healthy people, refusing to pay for their neighbor's health risks, stopped using insurance altogether. As the young and healthy jump ship, insurance companies would have to increase rates, accelerating the trend. Without further government interference, the health insurance business would disappear completely, shortly after millionaires on their deathbeds became the only people able to afford policies.

While such drastic restrictions on the ability of insurers to discriminate seem unlikely, the same principles apply to less restrictive measures, as well as "universal" insurance schemes. In response to the higher insurance premiums that these laws create, the public lobbies legislatures for price controls on health insurance and subsidies for the uninsured. Insurers and taxpayers respond to the growing costs of health welfare laws by pushing legislation that makes unhealthy behaviors and products (such as smoking and fatty foods) illegal. The more the government restricts discrimination based on health risks, the more pressure it faces to regulate and provide subsidies for health providers and to forbid "unhealthy" behaviors by the public. Each additional restriction of insurers requires a corresponding subsidy or restriction of consumers, controls breeding more controls, until the entire healthcare industry is nationalized and freedom sacrificed for the "common good."

Industries that do not face the odious regulatory burden of the healthcare industry have strong incentives to compete on the quality of their product. As their margins have shrunk, the total size of the market has grown. In competitive markets for used cars, some dealerships give cars expert inspections, refuse to buy lemons, and advertise their pricing up front.

If discrimination based on comprehensive genetic screening is legal, we can expect health providers to tailor plans according to our individual risk factors. That might be to the disadvantage of a minority of high-risk individuals, but greater information about risk factors will lower uncertainty, and thus lower rates overall. Furthermore, insurers will offer incentives to people who take proactive steps to discover health risks and take steps to alleviate them. Expensive procedures such as frequent biopsies or preemptive removal of organs might be fully covered for individuals whose genetic profiles uncover a high cancer risk.

If individuals are concerned with keeping the results of their genetic screenings private, they should ensure that screeners like 23andMe are contractually obligated to keep their test results private, and prosecute them for the full damages resulting from an intentional or accidental disclosure. While the supposed purpose of genetic antidiscrimination laws is to "protect genetic privacy," the actual effect is to remove the ability of insurers to provide financial incentives for people to get screened for potentially fatal genetic risk factors. This will only lead to unnecessary deaths from treatable genetic disorders and higher health insurance costs.