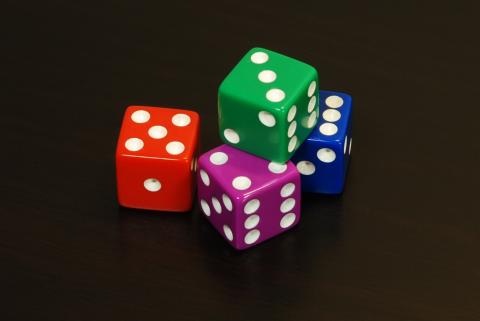 In a previous  article, I criticized Hal Varian's (orthodox) description of the current state of game theory. You see, there are many games in which there is a unique "Nash equilibrium"—that is, out of all the strategies available to the players, only one set will leave each player happy, given everyone else's Nash strategy. Because of this, the typical game theorist concludes that "rational" players in the real world ought to follow these unique Nash equilibrium strategies.

The trouble is, in experimental settings real players consistently fail to conform to the unique equilibrium strategies. What is worse, in many games the choices of actual players yield higher payoffs than what would happen if everyone followed the orthodox game theorist's advice, making it seem as if the human players aren't so "irrational" after all.

This fact led me to state in my previous article that "it is not the assumption of rationality, but the obsession with equilibrium analysis, that has baffled mainstream economists in these games." I went on to question the game theorists' use of the word rational, and suggested, "Ultimately, 'rational' describes a player who analyzes games in the way that typical game theorists do."

The issue is not merely a theoretical curiosity. Many economists, including those of the "contractarian" school, have used certain game theoretic results (e.g. the Prisoner's Dilemma) to justify state intervention to "improve" upon the outcome of autonomous individuals. After all, if individuals can't manage to cooperate on their own, they may need an outside agent to compel an outcome best for everyone.

To illustrate my position, it's best to take a concrete example. Most people are familiar with the standard, "one-shot" version of the Prisoner's Dilemma: Each player can choose to Cooperate or Defect, where the payoffs are structured as in the following table.

In the above table, each cell has a payoff x, y, where x represents the payoff to Xavier and y the payoff to Yolinda, given their respective strategy choices. For each player, it is a "dominant strategy" to Defect rather than Cooperate, because no matter what the other player does, one always gets a higher payoff by choosing Defect. This leads to the familiar result that the unique Nash equilibrium is for both parties to Defect, earning a payoff of 5 each, even though they each could have earned 10 had they chosen Cooperate.

Even here, the game theorist's orthodox analysis is not entirely appealing: Real world players often do cooperate even in a one-shot Prisoner's Dilemma. But we can certainly understand how a game theorist would say that such cooperation is "irrational" if we assume a person cares only about his or her own payoff. However, things get more interesting when the above game is repeated a certain number of times.

Suppose that Xavier and Yolinda are going to play the above game 1000 times in a row. Now it is not immediately true that each of them does best by playing Defect each time. For example, if Yolinda adopts a "tit for tat" strategy, in which she will play Cooperate so long as Xavier does as well, then it would be foolish for Xavier to Defect in the early rounds. This is because Xavier can earn a stream of 10s while the two are cooperating. If Xavier were to choose Defect, then he would earn a one-time payoff of 20, but then forever after a stream of 5s. Clearly then, if Yolinda is playing "tit for tat" then Xavier does best by choosing Cooperate at least in the early rounds. (For simplicity we are assuming that future payoffs are not discounted.)

Now here is the interesting result: Even in the finitely repeated Prisoner's Dilemma, it is still true that the unique Nash equilibrium occurs when both players choose Defect in every round. This is true whether there are 1000 rounds or 10 billion rounds. Moreover, game theorists go further and say that this outcome is the unique "rationalizable" one—that is, so long as we assume that both players are "rational" (and that this fact is common knowledge), then the only possible outcome is for both players to choose Defect in every single round. As the reader may suspect, this theoretical result is far from what we observe in experimental tests of the finitely repeated prisoner's dilemma.

So how do the game theorists come up with their counterintuitive conclusion? They reason using the technique of "backwards induction." The logic goes like this: Suppose that Xavier and Yolinda will repeat the Prisoner's Dilemma n times, where n is finite. No matter what has happened in the first n-1 rounds, we know that when Xavier and Yolinda reach the very last round (i.e. the nth round), it will be rational for them both to choose Defect. At this point, bygones are bygones, and the two players are simply participating in a one-shot Prisoner's Dilemma, and everybody knows that the only rational thing to do in this situation is to choose Defect.

The same reasoning applies to the n-2, n-3, …, etc. rounds all the way to the very first round. Thus, the typical game theorist concludes that rational players will necessarily choose a constant stream of Defect in a finitely repeated prisoner's dilemma, earning a stream of payoffs of 5 even though both players could earn a stream of 10s for very many rounds.

Certain mainstream economists are troubled by this result. Despite the impeccable logic, it just seems too counterintuitive. However, the best analysis I have seen of the problems involved, and of the commonsense (yet still formal) way to model the decision to Cooperate for the early and middle stages of the game, was only published in a fairly obscure journal.1 The reason? For most game theorists, it is simple heresy to question a unique Nash equilibrium, let alone a unique rationalizable outcome.

THE PARADOX OF THE UNEXPECTED HANGING

Thus we have seen that appeal to common sense and experimental results will not budge the game theorists. Perhaps then a new argument will open their eyes: What if the game theorists learned that their idols (second only to physicists), the pure mathematicians, ran into the same problems in a different context? And that, far from resting content with the logic of backwards induction (and common sense be damned), the mathematicians decided that the backwards induction was wrong?

I am referring to what is known as "the paradox of the unexpected hanging."2 In the July 1951 issue of Mind, Michael Scriven announced to the mathematical and philosophical community that "[a] new and powerful paradox has come to light." The paradox comes in many forms, but typically it involves a man about to be hanged:

The man was sentenced on Saturday. "The hanging will take place at noon," said the judge to the prisoner, "on one of the seven days of next week. But you will not know which day it is until you are so informed on the morning of the day of the hanging."

The judge was known to be a man who always kept his word. The prisoner, accompanied by his lawyer, went back to his cell. As soon as the two men were alone the lawyer broke into a grin. "Don't you see?" he exclaimed. "The judge's sentence cannot possibly be carried out."

"Let me explain. They obviously can't hang you next Saturday. Saturday is the last day of the week. On Friday afternoon you would still be alive and you would know with absolute certainty that the hanging would be on Saturday. You would know this before you were told so on Saturday morning. That would violate the judge's decree."

"Saturday then is positively ruled out," continued the lawyer. "This leaves Friday as the last day they can hang you. But they can't hang you on Friday because by Thursday afternoon only two days would remain: Friday and Saturday. Since Saturday is not a possible day, the hanging would have to be on Friday. Your knowledge of that fact would violate the judge's decree again. So Friday is out. This leaves Thursday as the last possible day. But Thursday is out because if you're alive Wednesday afternoon, you'll know that Thursday is to be the day."

"I get it," said the prisoner, who was beginning to feel much better. "In exactly the same way I can rule out Wednesday, Tuesday and Monday. That leaves only tomorrow. But they can't hang me tomorrow because I know it today!"

The reader can surely see the similarity between the reasoning of the lawyer and of the game theorist. Now what is paradoxical in the present case is that, when (say) Thursday arrives and the prisoner is indeed hanged, he will be genuinely surprised (since his logic had ruled out a Thursday hanging as impossible). Thus the judge's initial decree was perfectly true after all.