GET NEWS AND ARTICLES IN YOUR INBOXPrint
A
A
Home | Mises Library | Friedrich August von Hayek: Grand Seigneur on the Fence 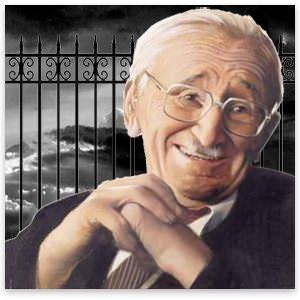 Friedrich August's great-great-grandfather, Josef Hayek, on account of his commercial success, was knighted by Emperor Josef II a few weeks before the French Revolution in 1789. He had risen to estate administrator and had founded two textile factories near Brünn and Vienna. The family fortune was largely lost during the course of the nineteenth century, but the family in turn produced a high school principal, an ornithologist, a botanist, a chemist, a beetle specialist and three physicians. Friedrich August's father, who worked as a physician as well, published standard works on Austria's botanical geography in his free time, which led to his being offered an unsalaried lecture post at the University of Vienna. His mother, Felicitas, whose kinship to the Wittgensteins and whose friendship with the royal-imperial finance minister, Eugen von Böhm-Bawerk, contributed significantly to the social status of the family, raised three more academics. The two youngest sons, Erich and Heinrich, started careers as a chemist and anatomist respectively; but Friedrich August, born on May 8, 1899, would make his family's name known worldwide.

Young Fritz accompanied his father on botanical expeditions into the region surrounding Vienna early on. Here he received his first training in scientific methodology as a photographic assistant. Through his family he became acquainted with the future Nobel Prize winners Erwin Schrödinger (1887–1961), Karl von Frisch (1886–1982), and Konrad Lorenz (1903– 1982), who had been fascinated by geese even as a young child. These men would become his valued colleagues. His parents placed little importance on religious education, but they did accompany him to the Burgtheater, where he became acquainted with the works of the great playwrights.

During Hayek's middle school years he displayed "the typical signs of a gifted student who is not being sufficiently challenged": he attracted the teachers' attention, usually in a negative way, due to his "intelligence, laziness, and lack of concentration and interest." At the same time he would read Aristotle and socialist pamphlets — especially during religious education, and under his desk at that. After graduating from the Elisabethgymnasium and serving as an officer in World War I, he enrolled at the University of Vienna to study law, but spent most of time concerned with economics, psychology, the philosophy of science, and philosophy. Hayek read works by Menger and Böhm-Bawerk, made initial contact with the Austrian School, and also got to know some members of the Wiener Kreis. Insufficient opportunities for the training and employment of psychologists finally made him decide to deepen his knowledge of economics as part of his political science studies under Friedrich von Wieser, who would later be his doctoral advisor. Wieser also supervised his Habilitation in political economy in 1929.

After receiving his law doctorate in 1921, Hayek, along with Joseph Herbert Fürth, an old friend from his youth and from his time at the university, founded a private discussion group, the so-called Geistkreis. Gottfried Haberler, Fritz Machlup, Felix Kaufmann, Oskar Morgenstern, Eric Voegelin, and Alfred Schütz, among others, belonged to its inner circle. Like many of his generation who returned from the battlefields of World War I, Hayek sympathized with socialist ideas. But he was quickly persuaded otherwise by reading Mises's Die Gemeinwirtschaft (1922) (Socialism, 1932), which contained the proof that economic calculation was impossible in a socialist community. Hayek subsequently took up a professional position in the newly formed Abrechnungsamt, an institution created to process reparation payments and to deal with the consequences of war — and in which Mises was one of his superiors. In 1923 Hayek finished a second doctoral thesis in political science and then spent a year studying in the US.

Mises recognized Hayek's talent quite early on and invited him to his private seminar. With him he established the Österreichisches Institut für Konjunkturforschung, where Hayek was able to perform "difficult pioneering work at the economic grass roots." Hayek's scholarly contributions, which gradually brought him international recognition, led to Geldtheorie und Konjunkturtheorie (1929) (Monetary Theory and the Trade Cycle), a treatise which would eventually become his Habilitation paper and enabled him to take up a post as unsalaried lecturer at the University of Vienna.

At the invitation of Lionel Robbins (1898–1984) in 1931, Hayek was given the opportunity to give a guest lecture at the London School of Economics. He made such a good impression that he was promptly offered a tenured professorship. Every Thursday evening he held a seminar which was attended by prominent economists such as John Hicks (1904–1989) and Abba P. Lerner (1903–1982) — and representatives of the Austrian School as well, including Gottfried Haberler, Fritz Machlup, and Paul Rosenstein-Rodan. Hayek was soon enriching London's cosmopolitan, scholarly community along with Ludwig Wittgenstein (1889–1951), art historian Ernst Gombrich (1909–2001) and Karl Popper (1902–1994), who also attended the seminar.

But at the end of the 1930s, and while on the way to becoming John Maynard Keynes's (1883–1946) major opponent, Hayek became more isolated academically. Having spoken out against the policy of expansive state employment and having warned against its inflationary consequences during the nadir of the Great Depression, his recommendations hardly offered much scope to politicians keen on implementing policies. By contrast, Keynes's proposals pressing for further government intervention were gladly seized upon by politicians, and within a short time became the guidelines for economic policy decisions. Hayek considered himself an Englishman at heart. He held the philosophy of the Scottish Enlightenment and the English legal system in equal esteem, and became a citizen of Great Britain in 1938.

"If one cannot fight against the Nazis, one ought to at least fight the ideas which produce Nazism," wrote Hayek in a letter to Fritz Machlup in 1941. Thereafter he began preliminary work on The Road to Serfdom, a haunting analysis of the German and Soviet varieties of socialism that also described democratic socialism as an insidious path to servitude. The book appeared in 1944 — during World War II — and was a resounding publishing success: it made Hayek famous worldwide. In April 1945 an abridged version appeared in The Reader's Digest and reached more than 600,000 readers. It was followed in 1950 by a comic strip version in Look magazine. This popular warning against the threatening, post-war, totalitarian collectivism — brought about by holding on to the planned war economy in peace time and the awaited dynamics of any centrally planned economy — fell on fertile ground. Opponents of socialism found in it ample intellectual ammunition.

But since Hayek's ideas during the Cold War were also appropriated politically and put into the same category as other non-socialist schools of thought and movements, his reputation as a social scientist was quickly ruined. In 1947 he managed, nonetheless, to gather in Vevey, on the shores of Lake Geneva, thirty-nine noncollectivist thinkers from all over the world, whose aims were to discuss the future of liberalism on a broader basis — among them Wilhelm Röpke (1899–1966), Walter Eucken (1891–1950), Ludwig Erhard (1897–1977), Milton Friedman (1912–2006), Henry Hazlitt (1894–1983), Karl Popper, Fritz Machlup, Lionel Robbins (1898–1984), and also Ludwig von Mises. With this was founded the Mont Pèlerin Society, a kind of liberal Internationale, which serves to this day as a platform for advocates of a free market economy.

After the war, Hayek married his cousin Helene Warhanek, with whom he had cultivated an intimate connection for some time. Complicating the matter was that both had to file for divorce first. Hayek's first wife put up considerable resistance and Helene Warhanek's husband died shortly before the appointed divorce date (cf. Hennecke 2000, p. 225). After some troubling times, the couple moved to the University of Chicago in 1950, where Hayek assumed a tenured professorship for "Moral and Social Sciences." This suited him very well, as he was able to offer all manner of different programs and maintain contacts far beyond the scope of his primary subject area.

In the two decades that followed, Hayek would publish those works which would secure his lasting importance as a theoretician of a liberal society: Individualism and Economic Order (1948), The Sensory Order (1952) and his magnum opus, The Constitution of Liberty (1960). He returned to Europe in 1962 and took over Walter Eucken's chair for applied economics at the University of Freiburg. He presented the fruits of his work in social philosophy most impressively in his Freiburger Studien (1969). After becoming professor emeritus, Hayek took up a guest professorship at the University of Salzburg; but this was a move he soon regretted on account of petty bureaucratic quarrels and the country's intellectual climate. He returned to Freiburg after having a heart attack and wrote his late three-volume work Law, Legislation, and Liberty (1973/1976/1979), Denationalisation of Money (1977), and, finally, The Fatal Conceit: The Errors of Socialism (1988). It summarized the very essence of his thinking for the last time. He died in Freiburg in 1992 at the age of ninety-three, and was buried in Vienna.

In 1974, a year after Mises's death, Friedrich August von Hayek was awarded the Sveriges Riksbank Prize in Economic Sciences in Memory of Alfred Nobel for his work on the theory of the business cycle. Remarkably, he had to share it with Swedish social democrat Gunnar Myrdal (1898–1987). But Hayek's work went far beyond pure economics. Expert circles considered him not just an economist, but also a philosopher of law; an ethicist, a social theoretician, a historian of ideas, a legal expert, a theoretician of science, a systems theoretician, and a theoretical psychologist. "It's much more the case with social sciences than with natural sciences," wrote Hayek in his Freiburger Studien, "that a particular problem cannot be solved by just one of the specialist subjects. Not only political science and law, but also ethnology and psychology and of course history are subjects with which an economist should be more familiar than is possible for one human being. And the problems of economics overlap time and again with those of philosophy above all. It is certainly no coincidence that in the country that had long taken the lead in economics, namely England, almost all great economists were philosophers as well; and all great philosophers were significant economists too, at least in the past" (Hayek 1969a, p. 16).

This article is excerpted from The Austrian School of Economics (2011), chapter 18: "Friedrich August von Hayek: Grand Seigneur on the Fence."
Authors: