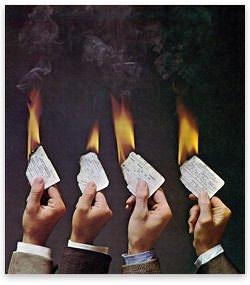 In 1968, prior to becoming an aware libertarian, I saw that the New Left organization Students for a Democratic Society was a curious attraction and a potential threat to liberty. So, in order to understand and combat it, I formed an SDS chapter in a new two-year college in racially troubled Newark, New Jersey.

While there, I saw great problems in the war and in the college that were developing into authoritarian and corrupt nightmares. So I helped lead a multiracial building takeover. From this success we demanded and got amnesty, the firing of the administrators, and a Black Studies department.

While doing this, I was contacted by the House Internal Security Committee (HISC, formerly known as the House Un-American Activities Committee) through Young Americans for Freedom, which was the conservative cadre student group and very opposed to SDS. I accepted money from HISC to go to conferences and hunt for foreign communist infiltration — which was not there.

During those conferences, I saw the collapse of SDS and also discovered and learned from libertarians within SDS. While all this was going on, I helped the development of the libertarian and anarchist caucus in Young Americans for Freedom. Shortly afterwards, at the YAF convention in St. Louis, I organized the draft-card burning — an event many regard as the birth of the modern libertarian movement.

The following statement by me (written with help from Karl Hess) was given to the press at the congressional hearing room where I was subpoenaed to testify at a congressional committee hearing. This was reported favorably in the underground media and on CBS-TV.

Today I am to be the House Internal Security Committee's major witness to testify on the workings of a "dangerous organization": the Students for a Democratic Society. During my membership in SDS, I learned of a much more dangerous organization, which has seized and destroyed more lives and property than SDS ever could. I am speaking of the United States government. Under the guise of relief and urban renewal, the government has destroyed the black people's pride and any chance to form a stable community. In the cause of the defense of freedom, it has aided tyrants in Greece, Spain, and Vietnam — and has exploited and oppressed people at home and abroad.

I did not receive my ideas from Marx, nor did some that I met in SDS receive their ideas from Marx but, rather, from the revolutionary American tradition of liberty as expressed by Jefferson, Daniel Webster, Thoreau, Josiah Warren, Benjamin Tucker, Lysander Spooner, Twain, and others.

Five years ago, I worked for the election of Barry Goldwater for president. That work and working for a student insurrection are not contradictory. Both seek to return power to the people. I am still proud, along these lines, of being part of the struggle for student power at Essex County College in Newark, New Jersey.

I am against conscription, the war, the taxation which is bankrupting our people, and against laws governing consensual moral behavior. I am not alone in such views, and there are many in SDS and in YAF (a right-wing organization to which Mr. Ashbrook and Mr. Watson are advisors) who agree with me. Both of these organizations, and not SDS alone, suffer from authoritarian leadership. If these authoritarians ever reached power they might be worse than our present power holders, but, with both liberals and conservatives, labor and big business, the military and the state today maintaining power for their interests, there seems to be little choice.

Power should not be won but destroyed. No matter for what noble purpose new laws are passed, they will only benefit in the long run the people who can play politics — power politics — the best.

Demands for the limitation of government and decentralization, many of which are being made today by libertarians in both SDS and YAF, are consistent with liberty and the best of American revolutionary tradition with the Declaration of Independence. On the other hand, this committee and the Congress of which it is part — with demands for more and tougher laws and government paternalism — are helping the growth of monster government.

In regards to this committee, which sent me to spy on SDS, I wish to quote Frank Chodorov, a respected author and commentator usually associated with the Old Right, but if he were alive would have much in common with the New Left:

And now we come to the spy hunt — which is in reality a heresy trial. What is it that perturbs the inquisitors? They do not ask the suspects: Do you believe in power? Do you adhere to the idea that the individual exists for the glory of the state… Are you against taxes or would you raise them until they absorb the entire output of the country … are you opposed to the principle of conscription… Such questions might prove embarrassing to investigators. The answers might bring out the similarity between their ideas and purposes and those of the suspected heretics. They too worship Power. Under the circumstances they limit themselves to one question: Are you or were you a member of the Communist Party? And this turns out to mean, have you aligned yourself with the Moscow branch of the church? ["St. Paul and the Communists," Out of Step 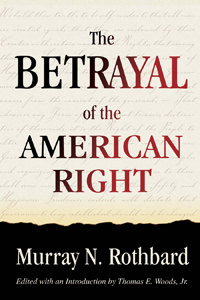 In regards to SDS, I admit that there is a growth of Stalinism, but it is noted and criticized by the noncommunist Left. Even so, however, since the Stalinists have little power they are not as dangerous — not as dangerous as the real threats of a rampaging police power and imperialism.

And, yes, there is fascism on the Right, and this tendency also receives criticism from the responsible people there.

What is necessary from people of all sides is refraining from initiating the use of force, no matter what the goal. If all people could only grant the same rights they reserve for themselves, the world would be a much better place to live in. The tragic truth of the matter today is that it is the state itself, and not student dissenters, which has initiated and which perpetuates the use of force.

The author would like to thank David Schatz, who pestered him to find this document, and to thank Erwin Strauss, who has kept this document and the (Libertarian) Connection, the oldest fanzine of the libertarian movement, alive and well. He also thanks Karl Hess for being Karl Hess.

Don Meinshausen organized the draft-card burning at the 1969 YAF convention — the dramatic beginning of the modern libertarian movement.
Load Comments