GET NEWS AND ARTICLES IN YOUR INBOXPrint
A
A
Home | Mises Library | Final Utility: The Cornerstone of Austrian Theory 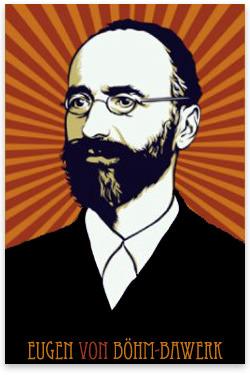 Tags Free MarketsHistory of the Austrian School of EconomicsPhilosophy and Methodology

[This is an excerpt from an essay that was originally published in the Annals of the American Academy of Political and Social Science, volume 1 (1891).]

The province of the Austrian economists is theory in the strict sense of the word. They are of the opinion that the theoretical part of political economy needs to be thoroughly transformed. The most important and most famous doctrines of the classical economists are either no longer tenable at all or are tenable only after essential alterations and additions. In the conviction of the inadequacy of the classical political economy, the Austrian economists and the adherents of the historical school agree. But in regard to the final cause of the inadequacy, there is a fundamental difference of opinion that has led to a lively contention over methods.

The historical school believes the ultimate source of the errors of the classical economy to be the false method by which it was pursued. It was almost entirely abstract-deductive, and, in their opinion, political economy should be only, or at least chiefly, inductive. In order to accomplish the necessary reform of the science, we must change the method of investigation; we must abandon abstraction and set ourselves to collecting empirical material — devote ourselves to history and statistics.

The Austrians, on the contrary, are of the opinion that the errors of the classical economists were only, so to speak, the ordinary diseases of the childhood of the science. Political economy is even yet one of the youngest sciences, and it was still younger in the time of the classical economy, which, in spite of its name "classical," given, as the event proved, too soon, was only an incipient, embryonic science. It has never happened in any other case that the whole of a science was discovered, at the first attempt, even by the greatest genius; and so it is not surprising that the whole of political economy was not discovered, even by the classical school.

Their greatest fault was that they were forerunners; our greatest advantage is that we come after. We who are richer by the fruits of a century's research than were our predecessors, need not work by different methods, but simply work better than they. The historical school are certainly right in holding that our theories should be supported by as abundant empirical material as possible; but they are wrong in giving to the work of collection an abnormal preference, and in wishing either entirely to dispense with, or at least to push into the background, the use of abstract generalization. Without such generalization there can be no science at all.

Numerous works of the Austrian economists are devoted to this strife over methods.1 Among them the Untersuchungen uber die Methode der Sozialwissenschaften, by Carl Menger, stands first in its deep and exhaustive treatment of the problems involved. It should be noticed in this connection that the "exact," or, as I prefer to call it, the "isolating" method recommended by Menger, together with the "empirico-realistic" method, is by no means purely speculative or unempirical, but, on the contrary, seeks and always finds its foundation in experience.

"The idea of final utility is to the expert the open sesame, as it were, by which he unlocks the most complicated phenomena of economic life and solves the hardest problems of the science."

But although the strife of methods, perhaps more than anything else, has drawn attention to the Austrian economists, I prefer to regard it as an unimportant episode of their activity. The matter of importance to them was, and is, the reform of positive theory. It is only because they found themselves disturbed in their peaceful and fruitful labors by the attacks of the historical school, that they, like the farmer on the frontier who holds the plow with one hand and the sword with the other, have been constrained, almost against their will, to spend part of their time and strength in defensive polemics and in the solution of the problems of method forced upon them.

What, now, are the peculiar features that the Austrian School presents in the domain of positive theory?

Their researches take their direction from the theory of value, the cornerstone being the well-known theory of final utility. This theory can be condensed into three unusually simple propositions. The value of goods is measured by the importance of the want whose satisfaction is dependent upon the possession of the goods. Which satisfaction is the dependent one can be determined very simply and infallibly by considering which want would be unsatisfied if the goods whose value is to be determined were not in possession. And again, it is evident that the dependent satisfaction is not that satisfaction for the purpose of which the goods are actually used, but it is the least important of all the satisfactions that the total possessions of the individual can procure.

Why? Because, according to very simple and unquestionably established prudential considerations of practical life, we are always careful to shift to the least-sensitive point an injury to well being that comes through loss of property. If we lose property that has been devoted to the satisfaction of a more important want, we do not sacrifice the satisfaction of this want, but simply withdraw other property that had been devoted to a less important satisfaction and put it in place of that which was lost. The loss thus falls upon the lesser utility, or — since we naturally give up the least important of all our satisfactions — upon the "final utility."

Suppose a peasant have three sacks of corn: the first, A, for his support; the second, B, for seed; the third, C, for fattening poultry. Suppose sack A was destroyed by fire. Will the peasant on that account starve? Certainly not. Or will he leave his field unsown? Certainly not. He will simply shift the loss to the least sensitive point. He will bake his bread from sack C, and consequently fatten no poultry. What is, therefore, really dependent upon the burning or not burning of sack A is only the use of the least important unit that may be substituted for it, or, as we call it, the final utility.

As is well known, the fundamental principle of this theory of the Austrian School is shared by certain other economists. A German economist, Gossen, had enunciated it in a book of his that appeared in 1854, but at that time it attracted not the slightest attention.2 Somewhat later, the same principle was almost simultaneously discovered in three different countries, by three economists who knew nothing of one another and nothing of Gossen — by the Englishman W.S. Jevons,3 by Carl Menger, the founder of the Austrian School,4 and by the Swiss Walras.5 Professor J.B. Clark, too, an American investigator, came very near the same idea.6

But the direction in which I believe the Austrians have outstripped their rivals is the use they have made of the fundamental idea in the subsequent construction of economic theory. The idea of final utility is to the expert the open sesame, as it were, by which he unlocks the most complicated phenomena of economic life and solves the hardest problems of the science. In this art of explication lies, as it seems to me, the peculiar strength and the characteristic significance of the Austrian School.

This article an excerpt from an essay that was originally published in the Annals of the American Academy of Political and Social Science, volume 1 (1891).

Eugen von Böhm-Bawerk was a leading member of the Austrian School of economics. His major contributions were in the areas of capital and interest and helped pave the way for modern interest theory. His criticisms of Marx's economics and exploitation theory have not been refuted to this day.