The Fiction of Social Security Bonds 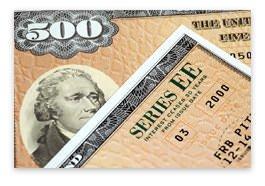 Are those "bonds" in the fictitious social security trust fund real or not? The short answer is that they are not.

This somewhat esoteric legal issue is important because the popular misconception that there is some kind of "full faith and credit" obligation on the part of future Congresses to honor these "bonds" aids and abets the disinformation campaign of the AARP, the labor unions and others that the current system is a retirement program funded with segregated entrusted assets, the integrity of which is guaranteed and backed by the U.S. government.

Social Security, of course, is just another federal welfare program that is funded out of general revenues. It may be dismantled at any time at the whim of any Congress.

The misframed debate about whether there is a social security cash flow crisis in 2018 or 2042 also turns on whether those "bonds" have any economic or intrinsic value. The argument that social security will not cause a serious drain on general revenues until 2042 presupposes that the "bonds" in the fictitious trust fund memorializing the spent surplus somehow have value either for the U.S. or for workers and their families. They do not. It should be noted that each side of the cash flow crisis debate is presupposing that social security is a self-contained retirement program, which legally it is not. That social security has an "actuary" plays into this. Since when did a federal welfare program that takes its funding from general revenues rather than earmarked funds need an actuary?

But back to those "bonds." A bond is just a contract. A contract is an agreement between two or more parties that creates an obligation to do or not do a particular thing, such as pay out interest at a certain rate. Thus, one may not enter into an enforceable contract with oneself, which is exactly what the U.S. is pretending to do with those social security "bonds."

Yes, the social security statute provides that on the face of the "bonds" memorializing the spent surplus there shall be a notation that they are "supported by the full faith and credit of the United States." But this provision can only kick in if the bonds are actually issued by the U.S. to another party. The statute, however, does not provide for this. In other words, the "full faith and credit" language is illusory.

As mentioned, for a bond to be a real bond, there needs to be at least two parties, for example, the U.S. and a citizen who owns a U.S. treasury bond, or the U.S. as owner of a German bond and Germany. The U.S. cannot issue "bonds" to itself and have their terms bind future Congresses. Bottom line: These social security "bonds" are neither assets of the U.S. nor property of workers and their families.

Whichever side one is on in the social security personal account debate, or whether one advocates abolishing social security altogether, there needs to be a common understanding of how the current system is structured, to include an appreciation that the social security "bonds" are not real bonds. As long as general confusion reigns about the law and facts currently applicable to social security, advocates of the status quo will have the upper hand over the reformers and the abolitionists.