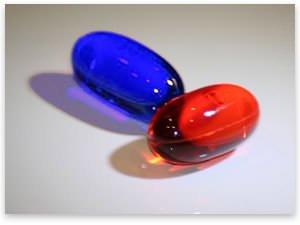 On June 1, 2011, John C. Williams, president and CEO of the Federal Reserve Bank of San Francisco, delivered an address to the American Economic Association's National Conference on Teaching Economics and Research in Education. He titled his address "Economics Instruction and the Brave New World of Economic Policy." One wonders if Mr. Williams ever read Aldous Huxley's chilling book warning the world of the threat to individual freedom by a tyrannical one-world state. If he had I doubt that he would have included "Brave New World" in the title of his speech.

But perhaps he selected this title on purpose! For Mr. Williams's speech was an unvarnished plea to recruit academics as co-conspirators to spread as economic truth the Fed's latest make-it-up-as-we-go-along, and increasingly panicked, monetary interventions masquerading as well-thought-out policy. The speech was nothing less than an admission that the Fed's monetary theories have failed, that it is experimenting with new ones, and that it wants academia to endorse whatever its latest policy experiments happen to be and incorporate them into college curricula. Here are his very words:

We depend upon educators like you to explain how the Fed works and how our policies affect the economy. We all benefit when the public understands what we do and why, so we are very grateful for the work you do.

Mr. Williams launched into a rather disjointed defense of the reasons that the Fed had to employ new monetary policy tools. (He proudly declared that, of the 12 policy tools on the Fed's own website, 9 of them did not exist four years ago.) I bet you he didn't realize that one reason monetary policy had to change was because of advances in the payment system. It seems that our ability to use debit and credit cards for purchasing goods and services has made traditional monetary aggregates obsolete. Again, in his own words:

How do 1950s theories of cash and checks apply in a world in which you and I can instantly take out a loan of several thousand dollars with the swipe of a card at the cash register?

It is obvious that Mr. Williams has never read Ludwig von Mises's The Theory of Money and Credit. In this, Mises's first great book, he explains the differences between money and credit; hence the name. Money represents final payment beyond which there is no recourse; credit must be satisfied via money.

I'm certain that Mr. Williams would be surprised to learn that in early 1950s America credit was granted just as rapidly at some retail counters as it is today. Back then it was common for housewives to buy groceries on credit. The neighborhood grocer recorded the housewife's almost-daily purchases in a book kept under his counter. The transaction took just a few seconds. Housewives settled their grocery accounts after their husbands were paid, usually in cash, at the end of the week.

These credit transactions did not affect the money supply any more than do today's credit-card transactions. Furthermore, Mr. Williams may be surprised to learn that the debit card is simply "an electronic check"; it embodies all the legal risks and protections of a paper check. Of course, paper checks were around long before 1950!

Next, Mr. Williams bemoans the failure of some cherished monetary theories, such as the breakdown in the link between additional reserves and a growing money supply via the money multiplier. The volatility of the velocity of money gives him the vapors. Both theories assume that there is a mathematical linkage between the quantity of reserves, the quantity of money, and GDP. The thinking is thus: increase reserves, observe an increase in money; increase money, observe an increase in GDP. But, according to Mr. Williams,

Despite a 200 percent increase in the monetary base — that is reserves plus currency — measures of the money supply have grown only moderately. … [The] mechanical link between reserves, money supply, and ultimately inflation no longer hold.

Driving down the interest rate hasn't worked either.

So, what should we do? Let's try quantitative easing! The Fed bought $1.7 trillion in assets (many of dubious value) starting in late 2008, and it will have added an additional $600 billion by June of this year. According to Mr. Williams, this is working. Based upon his "econometric analysis and model simulations … GDP will go up by 3 percent and the economy will add three million jobs." Yes, this must be true — his econometric models say so, and who are we to argue with an econometric model? All of this nonsense would have been enough to get Mr. Williams laughed out of any Mises Circle gathering.

Defining "Growth" as an Increase in GDP

Embodied in Mr. Williams speech is the assumption that an increase in GDP represents an increase in economic output. That is why the Fed is unconcerned about rising prices (which it calls "inflation") and very concerned about falling prices (which it calls "deflation"). If there really is some link between money and economic output via a money multiplier, then increasing money is the simplest way ever invented to bring on prosperity. (By this reasoning, Zimbabwe was tremendously prosperous.)

So if prices rise by 5 percent and people are buying the same volume of goods and services, then according to the Fed the real economy improved by 5 percent. If it doesn't happen — that is, if measured GDP fails to increase by 5 percent — then the government must deficit spend and the Fed must provide the funds at 0 percent interest. As the Staples ad says, "That was easy!"

Of course, the Fed's fixation with nominal GDP is the problem. As Jesus Huerta de Soto masterfully explains in Money, Bank Credit, and Economic Cycles, nominal GDP measures only final sales, and the majority of sales are not final sales but rather intermediate sales between companies. In fact, a growing economy in which people extend their time preference, save more, and consume less may actually record a falling GDP! The structure of production would be widened and lengthened, meaning that there are more stages of production and each stage gets larger. But GDP does not measure these intermediate stages.

Furthermore, in a sound-money environment GDP would be flat to perhaps slightly rising, because real money — that is, commodity money such as gold — increases very slowly. Yet economies can boom with increased real production; prices fall, meaning that an unchanged volume of money simply does more work.

But we see the political problem here. Nowhere in this real world is there a need for a central bank manipulating money. In fact, money manipulation by a central bank can cause only mischief, as explained so eloquently by Mises, Hayek, Rothbard, Huerta de Soto, and many, many others of the Austrian School. But don't expect to hear that from the likes of Mr. John C. Williams or, unfortunately, many college professors attending the AEA conference. Austrian monetary theory is just too difficult for them; they'd rather reside in the Fed's Brave New World and take a soma holiday.