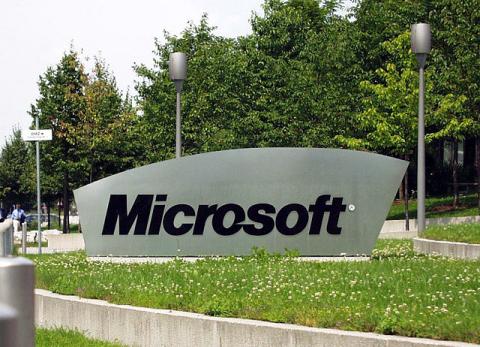 The Microsoft trials remind us that the fear of industrial concentration is the last refuge of socialist theory. The claim is that capitalism ultimately fails because all (or most, or at least some) industries naturally congeal into monopolies in a free market. It follows that government must regulate industries to bring about "competition." It also follows that since some people in these giant private industries become unpalatably wealthy, it is fair to confiscate their personal wealth and give it to people who are less wealthy.

The assertion that free markets lead to monopoly is wildly incorrect. If the market is allowed to work freely over time, an apparent monopolist soon discovers that it indeed has competition. A company operating in a market economy looks like a monopoly only under myopically static analysis. A broader definition of any industry will show that there is plenty of competition, just as a narrow enough definition will show that any brand name product has some monopoly characteristics, such as a popular brand of ice cream.

The airline industry is an example. There are now two manufacturers of large passenger jets: Boeing and Airbus. Punditry has expressed inevitable fears over monopoly profits and passenger safety. However, Boeing's actions in the last three years--most notably, attempts to cut costs by modernizing the entire production process --suggest that Boeing believes it has competition.

Boeing is right, and the competition is not just from Airbus. Suppose Airbus closes its doors, and only Boeing remains. Suppose also that Boeing faces no government regulation. Can Boeing raise prices at will? If it does, in the short term, people who have to travel will find alternatives to air flight in increasing numbers. Airlines would use smaller planes as much as possible. In the long term, companies such as Beechcraft and Cessna, seeing higher than normal profits available to an interloper, might build larger jets.

Consider too the electricity business: As reported by The Economist (August 2000), deregulation in many places around the world is bringing about huge changes in the industry, including movement toward smaller local producers. Most countries and communities value a pristine environment, and smaller power plants can be "greener" than large ones. And sending power over smaller distances means that local plants, with higher at-source costs, are competitive with giant, distant plants because they save the costs imposed by distance. Thus, smaller local plants may be competitive with large producers very soon.

Automobile manufacturing provides another good example. In the early, less-regulated years of the 20th century, there were dozens of small automakers, from Deusenberg to Rambler. Now, with the purchase of Chrysler by Daimler Benz, it would appear the United States is down to two. Worldwide, Ford, General Motors, Daimler Benz, BMW, and others (even Fiat!) are buying out such storied makers as Rolls Royce, Land Rover, Jaguar, and Lamborghini.

These acquisitions seem superficially to suggest that monopolies are forming. Looking more closely, we see that the four acquired companies mentioned above were all suffering financial difficulties when purchased by others, and notably, the acquired represent marques many automobile enthusiasts consider worth saving. They were purchased because they weren't making money, yet offered appealing products that should be profitable. That someone was losing money building popular cars suggests not that the industry tends toward monopoly, but that there were management shortcomings.

The automobile business continues to be stiffly competitive. Startups such as Hyundai and quasi-independent marques such as Saturn and Geo show that the high cost of entry into this capital-intensive industry is not enough to dissuade newcomers. Further, new trends such as the SUV and specialty vehicles such as the popular retro-kitsch Chrysler PT Cruiser show that even established automakers still must innovate to survive.

These three industries--planes, automobiles, and electricity--are three of the most capital intensive, and all show that when the market is free, there is no monopoly. But for the sake of argument, let's assume that your electric company decides to triple its rates. What would happen? In the short term, people would use candles for light, turn down their thermostats, and find other ways to use less power. In the longer term, we would find alternatives to our current provider, and the freer the market, the less time this would take. Economic profits attract entrepreneurs from under rocks, and some of these new competitors will offer truly good deals.

If your electric company, or Boeing, decided to raise prices arbitrarily, and customers were forced to find long-term alternatives, would there be inconvenience? Certainly. But any inconvenience would signal entrepreneurs that profits were available, and they would act. Over time, this natural market process would have us enjoying more choices, and more affordable ones. Contra Marx and Galbraith, free competition does not generate monopolies, but rather stymies them.

This is to say nothing of the inherent problems with all supposed fixes to the nonexistent problem. Antimonopoly laws create a moral hazard that tempts failing business to use regulations to beat up their competition (the Microsoft case is a good example). And the history of antitrust and its destructive effects indicate that government is incapable of doing a better job of managing shape of industry than the free market.

Other References on Monopoly

Desrochers, Pierre. "On the Abuse of Patents as Economic Indicators," The Quarterly Journal of Austrian Economics, Winter 1998, 1.4, 51-74.

Foss, Nicolai Juul. "The Theory of the Firm: The Austrians as Precursors and Critics of Contemporary Theory," Review of Austrian Economics, 1993, 7(1), 31 66.