Public opinion is behind tax cuts. In a recent poll, 58% of Americans said they would oppose a new fiscal stimulus program if it did not include tax cuts. While it is natural that Americans should want tax cuts, we should be careful about the methods we choose to achieve that goal.

Tax cuts have been proposed as a part of the fiscal stimulus program for the Obama administration. Obama has proposed that 40% of his $775 billion "fiscal stimulus" be devoted to so-called tax cuts. Democratic senators, like Diane Feinstein, oppose such large tax cuts.

Perhaps the most disturbing part of this discussion is the failure of so many people to recognize the illusory nature of the Obama tax cuts, which would reduce the immediate tax burden for some Americans by increasing the federal deficit. A switch from tax-financed spending to deficit-financed spending does little to change the existing division of resources between the private and public sector.

Obama's tax cut does not shift resources into the private sector, as a true tax cut would. What Obama is proposing is deferred taxation. He wants to spend now and tax later. The Obama deficits will increase the interest payments by the federal government, draw money in capital markets away from private investment, and ultimately result in higher future tax rates.

Of course, the government could just refinance this debt over many years. So we might not see higher tax rates to pay this debt for a long time. But this just means that we will be crowding out private investment for a longer period of time. The more the government borrows, the less private investors can borrow. Obama wants to "jump start the economy" by deferring some of the taxes we pay to some indefinite future time period. This will stimulate some parts of the economy. The people who get these tax deferments will spend at least some of the money on things that they want now. Some businesses will get more revenue. But this will just draw money from other business investments.

Overall, the Obama plan to borrow now and tax later does not stimulate the economy; it just keeps a large part of the economy in the public sector. There is no real tax cut in his proposal. In real economic terms, the alleged tax cuts in Obama's plan keep tax rates the same.

The real cost here stems from government waste. No reasonable person would claim that the federal government operates at 100% economic efficiency. Some examples of waste include redundancy in federal Medicare spending and misuse of federal employee credit cards (Riedl 2005).

Government waste is a drain on future economic growth. Lower economic growth is a hidden tax that we all pay. That is, it is a tax that is completely unseen by people who accept the rhetoric of economically illiterate politicians like Barack Obama. Unfortunately, many Americans are ready to be fooled by Obama's mythical tax cuts and fiscal stimulus. While Obama promised change, he is changing nothing with his tax policy.

Obama has proposed some legitimate change. Obama and other Democrats also plan to increase the deficit further through increased spending on infrastructure and environmental projects. Increased spending will move more of the American economy into the public sector. This move by the Obama administration would simply raise the burden of government on the private sector. This is effectively a tax increase. The cost of this tax will only be completely obvious at such a time as actual income-tax rates rise to pay down the debt that Obama plans to accumulate. In the meantime, we will pay largely unseen taxes based on the difference between what we get from new federal spending and what we could have had through private spending.

Obama's plan for increased spending constitutes a form of change, but not for the better.

Of course, some economists claim that private spending has to be supplemented with public spending during this time of crisis. This is the idea behind fiscal stimulus. But even these economists admit that Obama's plan has little chance of success. In a recent speech, Paul Krugman declared a need for fiscal stimulus but also admitted that there were few shovel-ready programs available.

Months will pass before Obama and the Democrat-controlled Congress pass their plan and put it into action. Years will pass before their projects are fully implemented. The economy can easily recover on its own by then. Markets adjust to slow conditions through price reductions. As prices fall, consumers buy more and economic conditions improve.

The media has reported much about how consumers are finding better deals this winter. Price cuts by businesses are a sign that markets are working and the economy will turn around without this fiscal stimulus.

Krugman himself admits that the Obama "fiscal stimulus" would have only a weak effect on the economy. One dollar of deficit spending will, by Krugman's estimation, multiply into only one and a half dollars of increased GDP. Given the weakness of government fiscal stimulus (according to Krugman), Obama should spend even more that he has proposed. So even leading proponents of fiscal stimulus admit that Obama's plan will be too little too late. This, of course, assumes that Professor Krugman is correct about there being any fiscal stimulus at all. 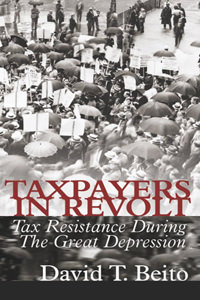 "Obama is right about one thing: America needs change."

While many Americans expect the Obama administration to improve economic conditions, this belief is based on hope and economic illiteracy rather than sound reasoning. The Obama plan should be seen as a "fiscal depressant" that will impose additional economic burdens on the American public. Obama's so-called tax cuts are really just a shell game.

Perhaps the most hypocritical part of Obama's rhetoric is that he has also frozen the pay of senior White House staff because, "During this time of economic emergency, families are tightening their belts and so should Washington" (Wall Street Journal, January 22, 2009). This pay freeze is obviously a token gesture by a president who seems likely to end up as the most profligate spender in US history.

People might believe that they have something to gain by shifting from tax-financed government spending to deficit-financed spending, but there is nothing really behind these tax cuts. The entire fiscal-stimulus plan is itself a fraud. The federal government has a proven track record of waste; the enlargement of the public sector will not improve economic conditions. Obama is right about one thing: America needs change. Americans need a change in the fiscal plans of the Obama administration to avoid further waste. What we need are real lasting tax cuts and a corresponding movement of spending out of government and into the private sector.

The contents of this paper do not represent official views of The Coast Guard Academy.