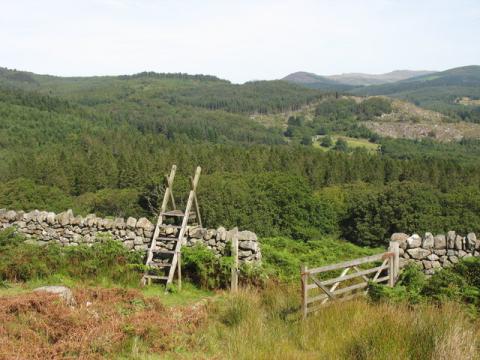 The idea of externalities is highly intuitive; it makes sense that the actions of one affect the happiness of others. A positive externality occurs when one's actions benefit people who were not directly involved in exchange. Think of the benefit a man receives when passing a beautiful woman on the sidewalk.

On the other hand, a negative externality imposes a cost on third parties. A factory polluting your air or water supply is a typical example of one. Many economists use the idea of externalities as the basis for public policy recommendations: a tax or subsidy to "make up" the external costs. In fact, most government functions at one time or another have been justified on the basis of externalities. But do externalities really have a meaningful role in economics?

One traditional Austrian treatment of externalities is to advocate the enforcement of property rights. In the property rights solution to correcting externalities, one is made to pay only for physical harm done to another's property. This, of course, only applies to externalities where one's property rights have been infringed upon. Mises explains how the system of private property removed the externalities from the use of the (former) commons. He further argues that subsequent externalities "could be removed by a reform of the laws concerning liability for damages inflicted and by rescinding the institutional barriers preventing the full operation of private ownership."

However, in order for liability suits to correct externalities, it must be clear that the adjudged cost of restitution is equal to the amount of the externality. But even if we know the correct market price to pay for the damaged property, what about the value of psychic damage?  Here, Mises is committing a similar error as Coase did when he claimed that the liability decision of a court will not affect the allocation of resources (given zero transaction costs). If, for example, factory pollution will destroy an object of high sentimental value but low market value, the property owner might not have the means to bribe the factory owner to cease polluting. In this case, Coase's Theorem does not hold true. Likewise, if a liability decision accounts only for the market value of destroyed property, the externality will not be "corrected" for objects with any sentimental value.

A more modern Austrian approach to externalities is to show that they are impossible to calculate on a meaningful scale. Rothbard showed that traditional welfare economics was flawed because it is impossible to make an interpersonal comparison of utility. In other words, happiness cannot be measured on a quantitative scale in the same way voltage can be. This means that it is impossible to rationally calculate the utility gained or lost through government intervention.

Since the tax or subsidy proposed to correct an externality must be accomplished through some sort of government coercion, it is clear that not everyone will expect to benefit from the policy. How then are we to decide whether the policy's results add to net social utility or not?  No number can be calculated, even in theory, to provide the net benefit from intervention, or even to say if the net benefit is positive or negative. One can only expect an increase in net benefit through the voluntary actions of people; an act indicates a preference for that chosen action over all other available options. The result is that the declaration of an externality is purely arbitrary.

The analysis above on the nature of utility is satisfactory for discrediting the idea of using externalities as a rational basis for government policy decisions. However, one need not even go this far, as the idea of externalities can be discarded on purely methodological grounds.

Externalities are defined such that the person seated with the cost or benefit has not acted. In the case of property damage, the owner's resources have been used without consent. In other externalities, the person receiving the cost or benefit is an innocent bystander. It is because the individuals do not act in these situations that economists made a separate category to describe the effects on their utility. If a person acts, it demonstrates preference and expected maximization of marginal utility; an externality is the affect of an action on another's utility.

It might be objected that the case of one person damaging another's property demonstrates a negative externality. However, it could be that the property owner approves of the new state and only did not enact it himself because he preferred to act in some other way. Or maybe, had he been given the choice, he would have approved of the way his property was used by another. How many people would feel worse off if someone threw a brick of gold through their front window?

And yet don't externalities result in the bribing and bargaining actors that Coase suggests would allocate resources? The answer is that it does not matter from an economist's point of view (however interesting it is from the point of view of psychology). Economics is based on the fundamental axiom that humans act; the reason a man chooses one particular action over another is not important. As we stated before, the only economic truth we may glean from an action is that it demonstrated a preference. The reason for the preference is unknown.

Since an economist does not study the reasons for a preference, it is irrelevant whether an individual action is motivated by an externality or by something else. For example, if I were to observe someone make an offer to buy his neighbor's yard ornament, economics would only be of help in stating that he prefers the ornament to the money he is offering. Maybe he wants to rid his window view of the ornament, but maybe he wants to put the ornament in his own yard so he can view it more closely. The economist is unable to differentiate an act motivated by either cause, so he must treat the act as the same in either case.

Another defense of externalities might be that they illustrate how common property is more likely to be used without thought of future use than private property is. All other things being equal, one has an incentive to use as much of common property as possible while it is still in one's control. But this phenomenon can readily be explained without appealing to externalities. An individual faces no capital depreciation cost in using the common land, whereas he would have this cost if it were private. All else being equal, the lower costs of using the common land will provide an incentive for him to use more of it than private land. This is all we need state as economists.

The theory of externalities has as much relevance to economics as a theory on how the alignment of planets affects people's moods. Both by definition attempt to explain the reasons an individual forms preferences in the way he does. To the economist, it does not matter whether a person buys a cheeseburger because it rids him of an uneasiness caused by another's actions, because he's hungry, or because he read it would cure old age. All that matters is that he prefers the cheeseburger to the ninety-nine cents in his hand.