Europeans Looking To Inflate Their Debts Away 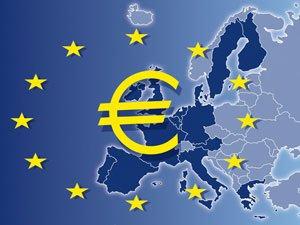 There was relatively good news for consumers in the Eurozone last week. Data released for the consumer price index (CPI) during October showed that the rate of inflation fell from 1.1 percent to 0.7 percent.

At a time when unemployment is high and increasing and taxation is on the rise, this brings some small relief to cash-strapped households whose real disposable incomes have been in decline for at least 5 years. It’s only a small relief. The CPI is designed in such a way as to deliberately exclude key consumer necessities like food and energy which, if included, would push the measured price inflation rate higher.

The fall in the CPI was probably caused to a degree by the rising exchange value of the euro over the period, which will have reduced the cost of imported consumer goods. That rising exchange value was itself a result of aggressive money-supply increases of other major currencies, notably the US dollar and the Japanese yen. Over the same period, the European Central Bank (ECB) kept its powder dry due to the election campaign in Germany over the summer.1

Publication of this CPI data was seized upon by financial market analysts, central bankers, and mainstream media reporters with something close to panic. Writing in The Telegraph(UK), Ambrose Evans-Pritchard reported that the data stunned the markets.2He quotes remarks from a number of financial-market analysts who called this a “debt deflation trap.”3

Evans-Pritchard also marshals the authority of an unnamed former governor of the ECB who is quoted criticizing the ECB for not acting to head off the deflation threat through more activist monetary policy.

So what is going on here? How does a reduction in consumer price inflation become “deflation”? How does a minor improvement in the purchasing power of consumers become a problem for liquidity in the financial markets? Austrian-economic thinking, which understands that new money is never neutral in its effects, offers insight:

[T]he crux of deflation is that it does not hide the redistribution going hand in hand with changes in the quantity of money ...4

European politicians and central bank policy-makers are concerned not about consumer price reductions but about real reductions in the money supply as such reductions would force governments to abandon permanent budget deficit monetization. That is why they maintain a monopoly over the power to create money and they like to control where money enters the economy. Politicians use these advantages in two ways.

First, they are all, with the sole exception of the Bundesbank, “inflationists” when it comes to monetary policy. Inflation (that is, an increase in the money supply) steadily reduces the purchasing power of a fiat money and, in parallel, eases the burden of debt repayments over time as nominal sums become progressively of less relative value.

Such price inflation benefits debtors at the expense of creditors. Hence, for highly indebted Eurozone governments, price inflation is the perceived “get out of jail” card, permitting them to meet their debt obligations with a falling share of government expenditures.

Second, at least amongst the political elites in the “PIIGS” (Portugal, Italy, Ireland, Greece, Spain) and in France, they espouse “reflation” plans using the ECB’s money-creation powers which would ratchet up to another degree inflation of the money supply, monetization of government debt, and increases in total government debts; and thereby protect and enhance the economic power and privileges of governments and the state.5

Yet growth of PIIGS governments’ debts as a proportion of GDP (Table 1) have now crossed above the critical 90 percent ratio advised by Rogoff and Reinhart as being the threshold above which growth rates irrevocably decline.6

There is another potential problem: European commercial banks may be too fragile to fulfil their allotted role. ECB President Mario Draghi himself has initiated another round of stress testing of European banks’ balance sheets against external shocks, a sign that the ECB itself has doubts about systemic stability in the banking sector. But this testing has hardly begun. Here are four risk factors in play:

First, there has been large-scale flight of deposits from banks operating within the PIIGS’ toward banks of other Eurozone countries7 as well as outside the Eurozone entirely. This phenomenon is caused by elevated risk of seizures, consequent upon the forced losses on bondholders at Greek banks and the recent “bail-in” of depositors at the Bank of Cyprus.

Second, many PIIGS’ domestic banks still hold on their books bad loans arising from the boom years (2000-2007). Failure to deleverage and liquidate losses is prolonging the banks’ adjustment process.

Third, they already hold huge quantities of sovereign debt (treasury bonds) from Eurozone governments from previous rounds of buying. Banks have had to increase their risk weightings on such debt holdings as Ratings Agencies have downgraded these investments to comply with Basel II. This constrains their forward capacity for lending to these governments.

Fourth, there is concern for rising interest rates. Since the famous “Draghi put” in July 2012, real rates remain low and yields on PIIGS’ sovereign bonds fell back closer to German bunds. But this summer yields on US Treasury bonds with long maturities started to rise on Fed taper talk.8 Negative surprises knock confidence in the international bond markets. The risk of massive losses should bond prices drop is one that the European-based banks cannot afford given their still low capital reserves and boom phase legacy of over-leveraging.

Implementation impediments aside, a new phase of aggressive easy money policy from the ECB is both probable and imminent.

Andrew Cullen is a freelance analyst and writer. Previously, he has worked as a freelance project manager for over 20 years across EMEA and SE Asia. Andrew Cullen's blog is TheCantillonObserver.com