GET NEWS AND ARTICLES IN YOUR INBOXPrint
A
A
Home | Mises Library | England vs. the Price System

England vs. the Price System 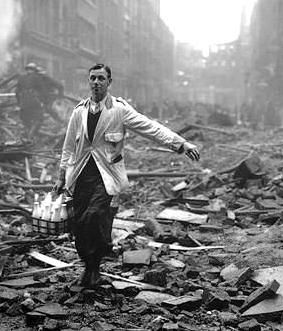 [This article was written from London and published in Newsweek, June 2, 1947.]

England's major economic troubles today seem not so much the result of its war losses, appalling as these were, as of its postwar policies. Temporary impoverishment was inevitable, but the postwar series of special crises in coal, food, and dollars was not.

The underlying assumption beneath the present strangling network of economic controls is that a free market and price system is at best a fair-weather system, a luxury a country can afford only when it is already well off. It is the precise function of free prices, however, to allocate production among thousands of different commodities and services and to relieve the most serious shortages most quickly by providing the greatest profit and wage incentives precisely where those shortages exist.

A free price system last fall would certainly have signaled the impending shortage of coal long before the Labour government was awake to its existence. It would have encouraged imports of coal from America then, instead of waiting until now. It would have enabled higher wages or bonuses to be paid for increased production. It would have attracted more men to mining. If the miners had been free to spend their money for things they really wanted, higher money wages would have meant higher real production incentives.

On May 7, Emanuel Shinwell, the minister of fuel and power, indiscreetly declared before a meeting of union delegates that "the organized workers of the country are our friends; as for the rest they don't matter a tinker's cuss."

This statement, which has since become a source of great embarrassment to the Labour Party, does supply a key to the real nature and animus of recent British planning. The essentially collectivist and egalitarian philosophy behind it begins to emerge more clearly. A ceiling has been put on imports and particularly on the purchase of so-called luxuries because "dollars are short" and "we cannot afford it." But who are "we"? Certainly not the individual who wishes to buy.

The real principle applied here is "If I can't afford to buy it, you shan't be allowed to buy it. If organized labor cannot have it nobody shall have it." This is most clearly illustrated in food. The overall food supply is not nearly as bad as is commonly supposed. Though it lacks interest and variety, the minister of food estimates in terms of calories it is only 6 percent below the prewar level. But analysis of its distribution is instructive. In April, wage rates in Britain were 68 percent above their 1939 level. Weekly wages were about 80 percent higher. The cost of living index, however, has gone up only 31 percent. Food considered separately had risen only 22 percent. This means that the average British worker is considerably better off in terms of goods than he was before the war.

Food prices are being subsidized to the extent of $1,572,000,000 a year in spite of the fact that the British worker is spending a much smaller percentage of his income for the same amount of food than he did before the war. It is the middle and upper classes who have now been reduced to something approaching the workingman's diet.

Insofar as austerity has been imposed on the whole British people, it consists in refusing to permit either consumers or producers freedom of choice. The consumer is not free to spend his money on things he himself wants but only on things government officials think are good for him. The producer is not free to make what he wishes but only what government officials think is good for the country.

The whole system of priorities, allocations, quotas, and licenses causes endless delays, keeps efficient concerns from expanding, and keeps inefficient concerns in business. Production is lost all around not merely because an army of men is created to issue orders rather than produce, but because producers themselves must spend so much of their time trying to get licenses and allocations instead of finding out how to reduce costs and prices and make the goods consumers really want.