GET NEWS AND ARTICLES IN YOUR INBOXPrint
A
A
Home | Mises Library | Is the Economy a Perpetual Motion Machine?

Is the Economy a Perpetual Motion Machine? 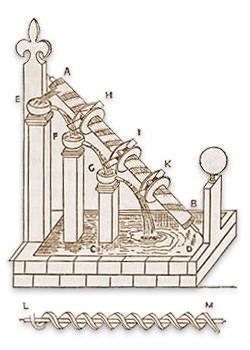 For our $14 trillion economy to recover and thrive, hoarders must open their wallets and become consumers, and businesses must once again be willing to roll the dice. Nobody is advocating a return to the debt-fueled days of 4,000-square-foot second homes, $1,000 handbags and $6 specialty coffees. But in our economy, in which 70 percent of activity is derived from consumers, we do need our neighbors to spend. Otherwise we fall into what economist John Maynard Keynes called the "paradox of thrift." If everyone saves during a slack period, economic activity will decrease, thus making everyone poorer. We also need to start investing again—not necessarily in the stock of Citigroup or in condos in Miami. But rather to build skills, to create the new companies that are so vital to growth, and to fund the discovery and development of new technologies.

Now, this should hardly be surprising, coming from Newsweek, which has managed to mangle everything from economic analysis to the Duke lacrosse case. Furthermore, it is based upon economic myths that are repeated twice weekly by Paul Krugman at the New York Times and Larry Summers in the White House — and about every other public intellectual.

However, we need to remind ourselves that we are hearing myths that not only represent wrongheaded economic thinking but that are also driving the US economy into a deep depression through reckless spending and resource destruction. The actions of Obama and the Beltway are political in nature, but they have the veneer of economic "theory."

If I can put the whole Keynesian set of fallacies into one statement, it would be this: the modern Keynesians believe that the economy operates like a perpetual motion machine, with government spending being the "grease" that keeps it from slowing down. The "friction" in this economic machine, according to the pundits, is private saving. Eliminate it, and the economy goes on forever, adding energy and expanding indefinitely.

Such a notion, of course, is nonsense and dangerous and delusional. In fact, everything Gross says about the economy represents a view that becomes destructive when carried into policy. Therefore, it is imperative that we lay out what the real foundations of an economy are and point out that the present behavior by consumers is badly needed if there is to be an economic recovery.

The first thing to do is to explain that the "paradox of thrift" is simply wrong. This "paradox" is based upon the belief that if people increase their savings during an economic downturn, they consume even less, thus driving the economy further down. People respond by saving even more until the economy implodes into a perverse "equilibrium" of high savings, low spending, and widespread unemployment.

Such a viewpoint is based upon the theory of the "perpetual motion" of an economy in which there is a "circular flow": individual households combine with firms and government to produce goods that, in turn, are consumed by individual households. As long as this flow goes on unimpeded (or as long as consumers spend as much as they can), the economy will perform admirably with full employment.

However, if consumers save or "hoard" some of their money, then there will be a "leakage" from the system, which means that households cannot "buy back" the products they have produced. The unpurchased goods then pile up in the inventories, so businesses must then cut back production and lay off workers. This further triggers consumer uncertainty, which means they save even more money, and we are off to the downward races. Paul Krugman writes,

One way to look at the international situation right now is that we're suffering from a global paradox of thrift: around the world, desired saving exceeds the amount businesses are willing to invest. And the result is a global slump that leaves everyone worse off.

So that's how we got into this mess. And we're still looking for the way out.

To combat this evil, government must fill the spending hole until savers realize that they can have confidence to become reckless spenders again. However, if government fails to act, then the economy will fall into an even deeper hole.

Such a view is hardly the product of modern intellectuals. Nearly three centuries ago, Bernard Mandeville wrote the "Fable of the Bees," which is an intelligent way of phrasing the economic doctrines championed by Keynes and Krugman. Likewise, others have claimed that unless consumers are forced to spend and spend, the perpetual motion machine known as an economy will grind to a halt, done in by the friction of what Karl Marx called the "internal contradictions" of capitalism.

Yet there is another view that has been well stated by Austrian economists such as Ludwig von Mises, F.A. Hayek, and Murray Rothbard. In the present era, investment analyst Peter Schiff has been carrying a lot of the water. After having been scorned for years on the financial talk shows, he is finally receiving a small amount of respect.

In this view, the economy grows because the very structure of production — the mix of capital goods, resources, and labor — is put in line with the patterns of spending and saving by consumers and households. This is not a circular activity in which production is propped up by spending and cheap credit that accrues back to the households. Instead, the act of saving provides a means for producers to obtain capital, and capital goods are then used to produce more goods using fewer resources so that the newly freed resources can be used to produce those things that were unavailable before.

This is a viewpoint that recognizes the law of scarcity. It also recognizes that more consumption is made possible only by more production, but production that is done in line with both the spending and saving patterns of individuals in the economy. If lines of capital are created that are not compatible with saving and spending patterns set by consumers, then the capital is malinvested.

Malinvestment does not occur by accident. It happens because the government, through monetary authorities, has suppressed real interest rates and has touched off a credit-inspired boom that cannot be sustained. We first saw that in the stock-market bubble and then later in the housing bubble. In both cases, the monetary authorities chose to hold down rates of interest to below-market levels and then to encourage people to borrow, borrow, borrow.

Both the stock market and housing "booms" made it seem like the economy was in great shape. (Arthur Laffer told Peter Schiff in 2006 something akin to "the American economy has never been better," while excoriating Schiff for saying that the US economy was teetering on the brink of disaster.) In his book about the Clinton administration, Paul Begala declared that the economy during Bill Clinton's years in power was "the best economy ever." Indeed, booms are fun while they last, but they must always end.

The US economy — indeed, the world economy — is in peril not because people suddenly have stopped spending and borrowing. Instead, it is in peril because government policies have led to massive malinvestments that markets (without the permission of government) are liquidating as we speak. Furthermore, we see the Obama administration demonizing the very sectors of the US economy — such as energy — that have shown strength.

Instead of facing the truth and permitting not only the malinvestments to fail, but a real recovery to take shape, Obama, Krugman, and their allies are insisting that all this "perpetual motion machine" known as an economy needs is a little more spending to lubricate the gears and send it on its merry way. The truth is elsewhere, but the pundits and the political classes have stopped up their ears, shielded their eyes, and continued to run toward the edge of the cliff, demanding that the rest of us follow them.