GET NEWS AND ARTICLES IN YOUR INBOXPrint
A
A
Home | Mises Library | Does World Trade Need World Government? 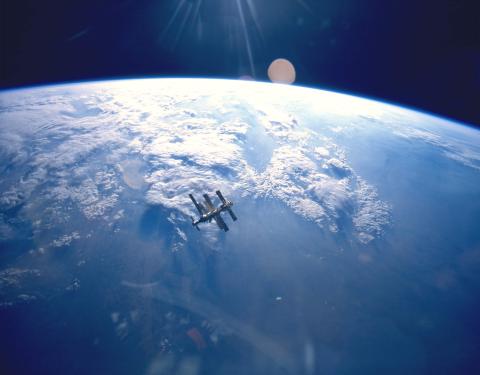 This much we know: prosperous nations have the fewest barriers to trade, while poor nations have the most. That fact alone does not prove the case for free trade, but adding a bit of logic sews up the case. The wider the pool from which a country can draw labor and capital, the more likely it is that resources will be used efficiently and to the betterment of all. By opening up an economy beyond the borders of the nation-state, the workers and capital resources of a country find the best possible employments toward the goal of serving society as a whole.

The case for free trade has been made for hundreds of years, and yet the fight for the right to buy and sell outside the borders is never ending. The situation is complicated by a major confusion that exists among free trade advocates. Many believe that world trade, because it is a good thing, ought to be sanctioned, managed, and otherwise regulated by the government or a coalition of governments. Thus was the intellectual error behind the creation of the World Trade Organization, an international bureaucracy that was supposed to open up trade but has ended up politicizing it and creating international conflict where none need exist.

Consider the crazy, mixed-up politics at work at the trade talks in Cancun, Mexico. The rich nations (meaning, mainly, the US) swaggered into Cancun with an aggressive, three-pronged agenda: to foist a stricter system of investment rules (including patent and copyright enforcement) on developing nations, to extend US-style environmental and labor regulations to cover poorer nations, and to reduce restrictions on exports to poor nations and foreign investment in them from the industrialized world. What was missing here was the good will to make a change in their own protectionist policies, much less to reduce the production supports for their own inefficient industries.

Trade was certainly on the agenda, but free trade as traditionally understood was nowhere in the mix. From the beginning, the WTO was based on the idea that industrialized nations need to find markets for their products among the sad-sack nations of the world—not that the poor nations might have something to sell that consumers in rich nations might want to buy. That's why "intellectual property rights" (coercive monopolies for particular producers in rich countries) was high on the agenda but real-life free trade in agricultural goods was off the table completely.

Nor are the rich nations a monolith. Because the US has long been the driving force behind global economic growth, US officials naturally assume that they have the right to exercise hegemonic control over the world economy, an assumption which makes EU finance ministers (embroiled in their own harmonization controversies) very wary indeed. This follows several years of unrelieved protectionist regulation by the US against anyone anywhere who would dare build a better mousetrap than is produced in the land of the free (which just so happens to be host to the largest, best-armed, most well-funded government in the history of the world).

Meanwhile, poor nations arrived in Cancun with a history of bad experiences at world trade conferences. The last time around, finance ministers from rich nations made some perfunctory promises to address the agricultural question, but moved on to preach to poor nations that they had better shape up and start regulating their economies more heavily. In particular, they were told that they need to crack down on alleged copyright and patent abuses in their countries, raise wages so that their workers can't "unfairly" compete with those from industrialized nations, and start enforcing stricter environmental laws. This is a composite agenda cobbled together by the main labor, environmental, and business interests that are so influential in US politics.

Now, the problem here is obvious to anyone who knows basic economics. The comparative advantage that poor nations have in attracting investment and producing their own goods for export is precisely their unregulated labor and environmental regimes. Given that their object is to become more competitive, not less, it would make no sense to legislate higher wages that would only drive out capital and lead to more unemployment. If they stand a chance for development, tighter regulations on production are not the answer. What they need instead is an open marketplace in which to compete using their comparative advantage.

Having been burned too many times in the past, this time, poor nations arrived at the talks with a set of demands of their own. If the rich countries are going to preach about "free trade," they'd best start living up to it themselves. That rich countries export highly subsidized farm products to the third world, to sell at prices cheaper than these countries can produce, is notable enough. But to then turn around and refuse to accept imports of low-priced goods on grounds that this constitutes "dumping," is adding injury to insult.

At the talks, each side tried to change the subject as much as possible until it became obvious that there was little point in talking. The legal and regulatory reforms that the US demanded were never seriously considered. The idea of cuts in subsidies and tariffs was ruled out completely. Indeed, the Bush administration is moving in the opposite direction, toward the dangerous idea of national sufficiency, even though it is a sure prescription for economic depression. Of course the whole scene was punctuated by hysterical protests from the throngs of activists that the WTO attracts like flies to a picnic.

As for the leftists who railed against globalization, they are right to have an inchoate sense that the WTO is up to no good. Beyond that, there is no agreement. If they are in solidarity with the poor nations of the world, does that mean they favor cutting agricultural subsidies in industrialized nations? That would mean job losses of course, and further hardship for their beloved "family farms." You can't stand with both the poor and oppressed agricultural workers in the US and the poor and oppressed agricultural workers in the third world; ultimately they are in competition with each other, and should be.

What's more, the left can't simultaneously endorse the full panoply of phony and expensive "rights" in the charter of the International Labor Organization and link arms with the workers of the third world. The bottom line is that if the US labor unions get their way, the workers and peasants in the third world would find themselves without jobs and even more destitute than they already are. The same goes for foreign investment, which, contrary to the left, is a boon for all poor nations.

As for the business lobby, it needs to worry less about forcing foreign governments to enforce their copyrights and think more about how to compete in an increasingly competitive world. It ought to spend at least as much time and energy reducing barriers to imports as it does pushing for the elimination of barriers to exports. In short, they need to stop acting so much like mercantilists and act more like entrepreneurs.

The irony is that the WTO bears much of the blame, though there is plenty to go around. Somehow world trade proceeded apace for the entire history of civilization without this outfit serving as a sounding board for fanatics, protectionists, and would-be global regulators. When so many free traders supported the WTO's creation, were they being naïve or were they being paid off? Regardless, the WTO is no friend of free trade.

Everyone says that the collapse in Cancun could mean the end of multilateral trade negotiations for the duration. For the cause of free trade, there could be a downside to this, especially if it means that the US will treat the issue of world trade with as much political finesse as it managed the Iraq situation.

But the upside is even more obvious. It means a setback in the movement to upwardly harmonize regulations. It means a setback for global government generally. It is all to the good if it means that businesses around the world work on striking up their own deals instead of relying on governments, and the organizations that governments create, to do it for them.

As a side benefit, it is now exposed for all to see, and possibly for the first time in our generation, that industrialized nations represent a great threat to free trade. What is needed is not another round of negotiations. Let every nation, right now, do what is best for all citizens of the world: eliminate every form of intervention that would prevent or otherwise hobble mutually beneficial trade between any two parties anywhere in the world. No bureaucracy can help us toward that goal; it must come from a growing realization of the merit of freedom itself.