DeLong on the Austrians | Mises Institute
Skip to main content

DeLong on the Austrians 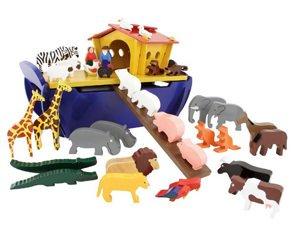 In response to a post by Martin Wolf on the Austrian theory of the business cycle, UC Berkeley economist Brad DeLong made a list of positions that he attributes to the Austrians. Not surprisingly, DeLong is not too impressed with (his own understanding of) the Austrian view.

Unfortunately, DeLong's list contains views that are not the "Austrian" take. At other points, he correctly describes the modern Austrian position, but erroneously rejects the view as false. In the present article I want to clarify how an actual Austrian economist thinks on these matters.

DeLong starts his post by saying, "Let me give eight propositions that I think of as 'Austrian,' meaning that they have been maintained by some 'Austrian' somewhere and somehow, and assess them."

In the interest of brevity, I won't discuss all eight propositions. Instead I will focus on four where DeLong's "refutations" of the Austrian views are weak indeed.

"But There Wasn't Rampant CPI Inflation!"

DeLong hits a point common to many critics of Austrian business cycle theory:

["Austrian" Position] (3) OUR ONLY SIGNIFICANT PROBLEM IS GOVERNMENT: IT WAS FECKLESS AND OVEREXPANSIONARY GOVERNMENT POLICY [THAT] LED TO THE SPECULATION AND THE BUBBLE THAT CREATED THE PROBLEM.

Status. FALSE. It is certainly the case that sufficiently austere policy can keep any bubble from ever arising, but the costs of such policy are high. And periods in which monetary policy is overexpansionary are periods in which households, feeling flush, expand their consumption spending and create consumer price inflation. There was no wave of rising consumer price inflation in the 2000s. (emphasis added)

According to DeLong, the Fed can't possibly have had an expansionary policy during the housing-bubble years, because we didn't see excessive CPI inflation as we did during the late 1970s.

This view is wrong. Expansionary monetary policy makes prices higher than they otherwise would have been. For example, Ben Bernanke's extraordinary interventions in late 2008 — in which the M1 measure of the monetary stock rose 12 percent over a three-month period — went hand-in-hand with falling prices:

Yet Bernanke still engaged in "expansionary" (and distortionary) policy in late 2008. Prices should have fallen in response to the bursting bubble. They would have fallen more, had Bernanke not put a floor under them with his aggressive influx of new money.

The fundamental disconnect between DeLong's Keynesian paradigm and the Austrian approach is that the Austrians care about relative prices and the underlying microeconomics of resources moving between different sectors.

For the Austrians, the reason Alan Greenspan fueled the housing bubble is that he lowered interest rates (by injecting new money into the credit markets). This made longer-term investments and durable consumer goods (such as housing) more attractive than would have been the case at higher interest rates. This is true whether or not the absolute level of CPI inflation was high by historical standards. Certainly house prices rose at unusual rates during the boom years, and even a naïve empirical analysis indicates a connection with Greenspan's loose monetary policy.

Why No Unemployment During the Boom Period?

(5) BECAUSE OF OVERBUILDING IN HOUSING, WE WERE DOOMED TO HAVE A PERIOD OF HIGH UNEMPLOYMENT AS THE ECONOMY REBALANCED ITSELF AND TRANSFERRED RESOURCES OUT OF THE HOUSING CONSTRUCTION SECTOR.

I think I speak for other Austrians when I say that it's hard to answer this objection, because I have difficulty seeing what is tripping up DeLong's understanding. I've answered this particular point before, but let me try again.

Suppose we start in an original equilibrium position, where unemployment is at the "natural" rate, reflecting the normal turnover of workers as some businesses fail, etc. Then the Fed comes on the scene, prints up $100 billion in crisp new bills, and hands them out to bankers.

"The fundamental disconnect between DeLong's Keynesian paradigm and the Austrian approach is that the Austrians care about relative prices and the underlying microeconomics."

The banks lend the new money to employers, who enter the labor market with the fresh wads of cash in their pockets. Armed with $100 billion in money that was just created out of thin air, the employers bid up wage rates. Seeing the higher pay, many workers quit their current jobs and take new positions in the expanding sectors. Also, some previously unemployed workers end their job search and take positions with the employers who got their hands on the new $100 billion.

Now, there is no reason for unemployment to go up in the scenario I've just described. I hope DeLong and Krugman would agree with me.

But what happens when the Fed cuts off the influx of new money? According to the Austrians, the underlying economic fundamentals reassert themselves. The workers who had been drawn into the expanding sectors by the crisp new Fed dollars weren't supposed to move to those sectors. When the influx of new money stops, the employers in the boom sectors will lose their advantage over their competitors in other sectors.

Without being propped up artificially by cheap Fed money, the bloated boom sectors will realize their unprofitability. They will cut back on operations and lay off workers.

Now, I think Krugman and DeLong want to know the answer to the following question: Why don't the laid-off workers move seamlessly back into the original niches from which they came? Why does a massive reservoir of unemployed workers build up after the bust, when no such reservoir built up during the boom?

In contrast, after the bust a bunch of workers are suddenly out of a job. All the remaining options for them are less desirable than their previous position — if they weren't, the workers already would have moved into the other sectors. So unemployment rises in the aggregate, because there are workers who are searching for a new position, hoping that if they prolong their job search, they will have to endure a smaller pay cut compared to their boom-time status.

"The Keynesian model can't capture the fact that during the boom period, society 'eats the seed corn' through malinvestment."

Related to this point, the second thing that the Keynesians overlook is that the problem of "sticky wages" — which keeps the labor market from clearing because workers are reluctant to accept pay cuts — isn't some aberration of the market economy. As Arnold Kling tries to explain in his "recalculation" explanation, after the bust the economy cannot simply go back to its preboom configuration. The underlying fundamentals have changed through the passage of time and because of the mistakes of the boom period. It takes time and genuine search for laid-off workers to figure out where they belong in the new economy.

We should also note that government "stimulus" spending, unemployment benefits, and so forth artificially prolong the process of readjustment. Free-market wages would be a lot less "sticky" than the ones we observe in our interventionist world.

Past Results Are No Guarantee of Future Performance

Finally, let's deal with the claim that Austrians can't stick their heads out the window and see reality, which DeLong handles in two separate propositions:

(7) EXPANSIONARY MONETARY POLICY IS UNWARRANTED BECAUSE IT WILL ONLY BOOST SHORT-TERM EMPLOYMENT IF IT WILL ONLY LEAD TO ANOTHER BOUT OF ASSET PRICE INFLATION AND A BIGGER RECESSION DOWN THE ROAD.

(8) EXPANSIONARY FISCAL POLICY IS UNWARRANTED BECAUSE IT WILL ONLY BOOST SHORT-TERM EMPLOYMENT IF IT LEADS TO ANOTHER BOUT OF ASSET PRICE INFLATION AND A BIGGER RECESSION DOWN THE ROAD.

This is a bit of an inside joke; DeLong is referring to Paul Krugman's blog post in which he allegedly destroyed Peter Schiff's warnings of hyperinflation by presenting a chart showing that price inflation has slowed. (That's an important caveat, by the way: we have not had actual consumer-price deflation over any significant period.)

There are several problems with this. First, check out the actual trend in the standard Consumer Price Index (CPI) as calculated by the government itself:

So it's true, the above picture alone wouldn't suggest that it's time to get out your wheelbarrow in order to cart cash to the grocery store. But it also shows that the US economy is far from being stuck in a "deflationary spiral."

There was a big collapse in consumer prices (as measured by the Bureau of Labor Statistics) in the final months of 2008, but since the beginning of 2009 prices have been rising steadily, despite the fact that we have been mired in a horrible recession. This shows that the Keynesian tradeoff between price inflation and unemployment is simply wrong, as the 1970s were supposed to have demonstrated once and for all.

Yet there is a second problem with Krugman/DeLong's objection to the Austrians who are warning of future price inflation and collapsing economic growth. I'll let Robert Wenzel explain in his characteristically flippant tone:

What Krugman does do is link to a Google search of Schiff's hyper-inflation warnings and then point to a chart that shows the inflation hasn't started yet.

This is the most absurd argument I have ever seen. It is Krugman posing rather than answering the charges that Schiff raises. Answer me this, Paul baby, how is this different from linking to a Google search of Schiff's warnings about the real estate collapse, just before the collapse started, and pointing to a chart that shows housing prices going up, up and away? Would this, at that time, somehow prove that Schiff was wrong about the real estate collapse?

Third, I think the metaphor of Noah's flood is rather ironic in this context. In the story of Noah and the flood, nobody said Noah was a fool after the rain started. It was only before the catastrophe hit, when Noah was being faithful and building the Ark, that everyone else was being "rational" by saying that nothing had ever happened like the scenario Noah was warning about.

So if we are going to draw an analogy between Noah and our current economic pundits, the Austrians are the ones preaching doom and gloom, and warning everyone to batten down the hatches because a big storm is coming. Maybe they are wrong, but you don't refute them by pointing out that it's currently sunny — or even that most weather forecasters predict sunshine through the week.

It is refreshing to see that the Austrian theory of the business cycle has regained such popularity that some of the big guns of rival schools need to address it. However, I think neither Brad DeLong nor Paul Krugman appreciate the internal consistency and explanatory power of the Austrian view. I would encourage them to consider it further and to refine their critiques in light of responses such as the one I've written here.