In Defense of Payday Lending 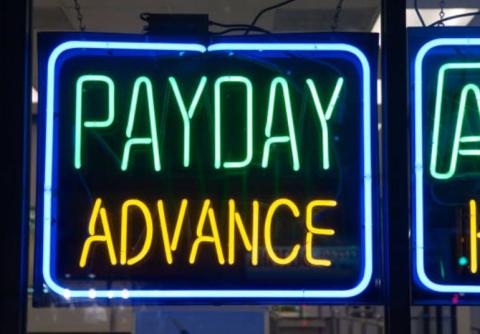 As the payday lending industry has grown rapidly over the past decade, particularly in lower-income and minority communities, the usual critics of free-market commerce have found yet another capitalist whipping boy ripe for attack. These critics, often posturing as "consumer advocates," charge that payday lending exploits the poor and lower-income customers that comprise its target market, preys on their lack of financial sophistication, leads them into chronic borrowing habits at "excessively high" effective interest rates, and generally takes advantage of their weak bargaining position.

The "solution" proposed by these critics is further government regulation of the financial institutions that provide payday lending services, usually in the form of caps on the fees that these business firms can charge. Of course, further government intervention is not the answer. Indeed, it is previous government regulation in the consumer finance industry that has, in part, led to the rapid growth of the very payday lending practices so reviled by critics. As always, the law of unintended consequences prevails, leading to outcomes that are directly opposite those sought by government regulators.

Payday lending, sometimes known as a "payday advance" or a "deferred deposit" loan, is a short-term two- to four-week loan backed by a postdated personal check that a borrower agrees to cover with sufficient funds out of his or her next paycheck. In effect, the borrower issues a postdated check to the payday lender in exchange for immediate cash, usually in the amount of $100 or $200.

The typical fee for this service is $15 or $20 per $100 borrowed, so the postdated check is written for an amount equal to the sum of the desired loan plus the related fees. The payday lender holds the check until the agreed-upon date, at which point it is cashed and (hopefully) covered by the borrower’s payday deposit.

This is a simple enough business model, and would seem to be a legitimate means of extending credit to poor and low-income households who may not otherwise be able to obtain loans due to poor credit histories. Indeed, research by Michael Stegman and Robert Faris (2003) indicates that payday borrowers are more likely to have poor credit histories and to have worked with credit counselors in the past, and are more likely to have had one or more bounced checks in the previous five years.

Additionally, customers who utilize payday lending services most frequently are also more likely to have been called by a collection agency for overdue bills. Thus, payday lending services extend small amounts of uncollateralized credit to high-risk borrowers, and provide loans to poor households when other financial institutions will not. Throughout the past decade, this "democratization of credit" has made small loans available to mass sectors of the population, and particularly the poor, that would not have had access to credit of any kind in the past.

So, what’s the problem? Plenty, according to the critics of the payday lending industry. First, the effective annualized interest rates charged on payday loans are relatively high when compared with the rates charged on more conventional consumer credit or on credit card purchases. If a typical payday loan fee is $15 per $100 borrowed, and the typical term of the loan is just 14 days, then the annualized compound interest rate is easily in the triple-digit range.

For example, Stegman and Faris estimate that the median payday loan fee in North Carolina is $36, and that the median two-week loan is $244, yielding an effective annual percentage rate of 419 percent on the median loan. The critics of payday lending view these relatively high interest rates with much alarm, arguing that the fees charged are exploitative of poor borrowers lacking in personal financial management skills. In the eyes of these critics, payday lending establishments are scarcely better than the mob-related lending tactics of a street-corner "Guido" or "Vinny."

Second, critics argue that payday lending impoverishes poor households by encouraging chronic borrowing from paycheck to paycheck, putting them deeper and deeper in debt. Payday lenders are alleged to purposely keep their low-income customers dependent, forcing them to return month after month. Payday lenders may offer to "roll over" the initial debt by asking the borrower to pay an additional fee to defer the loan or to write a second postdated check in place of the original. This "predatory" lending is seen by critics as a way for the payday lending firms to increase profits and keep customers in chronic dependency on payday loans.

These allegations against the payday-lending industry are largely without merit, and generally reflect the views of "do-gooder" anticapitalist elites who abhor the "messy" and unplanned outcomes in low-income consumer finance markets. Rather than seeing payday lending practices as a creative extension of credit to poor households who may otherwise be without loans, these critics see it as yet another opportunity for government intervention in the name of "helping" the poor.

First, because payday lending establishments are admittedly dealing with a high-risk clientele, the effective annual interest rates charged on these types of small loans are going to be considerably higher. The entrepreneurs in this high-risk industry must find a way to recover their investment and earn a positive rate of return.

After all, they are drawing scarce financial resources out of some other line of investment, and committing these resources to a high-risk venture in making unsecured loans to borrowers, the large majority of whom have poor credit histories. Because the risk is relatively higher, the risk premium on the loan will naturally be higher.

Additionally, the fixed labor and capital costs associated with offering and underwriting a small loan are the same as offering and underwriting a larger loan. With a larger loan principle, the lender can cover costs and earn a profit by charging a lower annual percentage rate over a lengthier period of time. Small principle short-term loans, on the other hand, while costing roughly the same to supply, cannot charge equally low rates of interest and expect to cover costs. They must, therefore, charge higher rates of interest over short payback periods in order to be profitably offered. Thus, by their very nature and quite apart from the risk associated with them, small-balance short-term payday loans must charge a higher effective annual interest rate to induce profit-seeking entrepreneurs to provide them.

Yet, the effective annual interest rate on the payday loan may not even enter the mind of the borrower. In all likelihood, the borrower cares not what the "effective APR" is on the loan. The real price signal to which the borrower responds is the flat fee that is charged to hold the postdated check. If the value attached by the borrower to the immediate cash advance exceeds the value of the principle plus the fee one or two weeks hence, then the borrower will undertake the transaction, pure and simple.

Finally, the allegation that payday lending "causes" chronic or habitual borrowing may ignore the old adage that "correlation does not equal causation." As indicated above, it is a well-known fact that payday loans appeal to a clientele that face numerous financial difficulties (many of them self-induced), quite independent of the payday lending industry itself. Most of these households have failed to establish good credit, have poor credit histories, are not known for their timely bill-paying habits, frequently bounce checks, frequently change jobs, and may relocate often. In short, they are the type of people who are going to be frequently short of cash and who will borrow "chronically" when given the opportunity. Because payday lending institutions provide them with this opportunity to borrow when other institutions will not does not mean that payday lenders cause this behavior. They simply provide an opportunity for this behavior to be exhibited more often than otherwise.

Government regulations in the form of price caps on payday loan fees or a mandated "cooling off" period between payday loans are "solutions" in search of a problem that does not exist. Further, they would create adverse unintended consequences by distorting the market process. Indeed, these types of government interventions into consumer lending markets have unwittingly been partially responsible for the rise and popularity of the niche payday lending market.

The Uniform Consumer Credit Code adopted by most states already sets maximum interest rates that may be legally charged on consumer loans of varying amounts. In the state of Indiana, for instance, these "usury laws" set the maximum legal interest rate that may be charged on a $500 six-month loan at 36 percent. This rate ceiling may be well above the market interest rate charged to the typical loan applicant or credit-card borrower with a solid credit history through an established bank.

However, to the extent that the mandated rate ceiling is below the market rate that would be charged on a similar unsecured loan to, say, a low-income loan applicant with limited employment and a poor credit history, it is "binding." That is, the legal rate ceiling disrupts pricing signals emerging from supply and demand conditions and creates a shortage of loans to low-income recipients. The binding rate ceiling, contrary to its intended purpose, prevents these low-income borrowers from establishing or re-establishing credit, and restricts the availability of credit to less risky applicants, again proving that the laws of supply and demand cannot be overridden by the laws of politics.

Enter, payday lending firms. By charging a flat fee for a "loan" on a postdated check, most of these types of firms are exempt from state usury laws and mandated rate ceilings. In other words, these payday lending firms have emerged, thankfully, to fill the gap left between supply and demand caused by government regulations that create an artificial shortage of conventional lending to high-risk borrowers.

In a twisted irony that only a collectivist could love, payday lending firms have cropped up, in part, as a response to government regulations that have distorted conventional consumer lending markets, and are now under attack from the very same political class that pressed for these regulations.

This is yet another demonstration of the truth of Ludwig von Mises’s well-recognized hypothesis that "middle-of-the-road policies lead to socialism." One government intervention leads to unintended consequences from the point of view of the government planners, forcing them to make a decision: repeal the initial intervention, or intervene further until the entire industry falls under the influence of government force.

For the sake of poor and low-income borrowers everywhere, we can only hope that federal and state governments can be prevented from further disrupting consumer lending markets. It is not "chronic borrowing" that we should fear, but chronic government coercion that presents the greatest threat to economic efficiency, private property, and individual liberty.

In Defense of Payday Lending

Banning or restricting payday lending primarily works to limit the choices and freedoms exercised by people with bad...