In Defense of Employment-at-Will 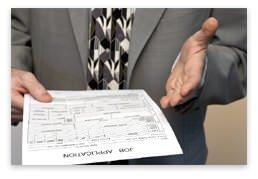 Over the past few decades the traditional prerogative of an employer to fire an employee "at-will" (that is, for any reason whatsoever) has come under legal assault in the United States. Judges in nearly all fifty states have ruled in favor of employees claiming "unjust" dismissal, forcing companies to rehire the employee or pay damages.

Yet despite the emotional appeal of preventing employer "abuses," there are compelling reasons to fully restore the so-called "employment-at-will" doctrine.

For most of America's history, the freedom of an employer to dismiss an employee at-will was firmly upheld by the courts. A Tennessee court opinion from the late 19th century articulates the prevailing attitude of the times.

This all began to change in the mid-20th century when a California Court of Appeals ruled in favor of a labor union employee who claimed he was unjustly fired after refusing to lie to investigators looking into union corruption. The court not only found for the employee because he was dismissed for refusing to commit perjury, it also ruled his termination was "obnoxious to . . . sound morality."2 Thus the ruling implied a judicial role in determining the moral "justice" of a dismissal.

Despite the landmark nature of the California ruling, other states did not follow suit until after the appearance in 1967 of a law review article by Professor Lawrence E. Blades calling for a complete scrapping of employment-at-will. Writing in the Columbia Law Review, Blades argued that private employers in "today's job-oriented, industrial society" threaten the "individual freedom" of workers in the same way an "unchecked" government would. To counter this, Blades argued, government should actively prevent employer oppression, particularly with respect to "facets of the employee's life that have little or no relevance to the employment relationship."

Blades' highly influential article helped shape judicial decisions over the next several decades. By 2001, courts in all but four states had recognized some type of exception to the employment-at-will doctrine, the most often-used being the so-called "public policy" exception. Under this exception, found in all but seven states, a judge can rule a dismissal "unjust" if it resulted from an employee merely upholding or exercising some public policy duty or right.

For example, in these jurisdictions, an employee cannot be fired for serving on a jury, filing for worker's compensation or refusing to lie to law enforcement officials at his employer's insistence. Some states are also using affirmative action laws or laws against age or other types of discrimination as a basis for invoking a "public policy" exception to employment-at-will.3

Meanwhile, some thirty-eight states recognize what is called the "implied contract" exception to employment-at-will, under which written or verbal assurances to employees pertaining to job security or disciplinary procedures have been taken to be legally binding contracts. For instance, statements in employee handbooks indicating that terminations will follow a prescribed set of procedures have been found to be implied contracts.

In other cases, courts have found that employer 401Ks and other retirement programs create an expectation of long-term employment—again creating an implied contract. In an effort to avoid some of these problems, many companies have instituted "probationary" periods for new hires, only to find that judges sometimes find that probationary hiring periods can themselves create an implied contract after the probationary period is complete.4

Finally, the most revolutionary departure from the employment-at-will doctrine—recognized in 11 states—is the "covenant-of-good-faith exception, which, in the words of the Monthly Labor Review," reads a covenant of good faith and fair dealing into every employment relationship [emphasis in the original]."5 Courts using this exception have ruled that employee dismissals must meet a "just cause" standard and can be invalidated if they were motivated by "malice" or done in "bad faith." In one such case, a long-serving employee successfully sued Kmart, claiming the retail giant fired him to avoid paying retirement benefits.6

The Case for Restoring Employment-at-Will

There are individual horror stories on both sides of this debate. Opponents of employment-at-will can point to cases of employees being fired after rejecting sexual advances from a supervisor or they can point to the case of an armored truck driver who was fired for leaving his post even though he only did so to save someone's life.7

People favoring more flexible labor laws, on the other hand, can point to their own nightmares, such as the airline that was compelled to rehire a pilot who had been fired for flying a plane from North Dakota to Minnesota with a blood alcohol level more than three times higher than the regulatory limit (and 30 percent higher than the Minnesota drunk driving limit).8 But rather than approach this issue anecdotally, it may be more worthwhile to examine some of the key assumptions underlying the intellectual case against employment-at-will.

Opponents of employment-at-will speak powerfully of defending an employee's "individual freedom" and private life from oppressive employers. But they do not mean "freedom" in the classical-liberal sense of the word; rather, they mean something quite different. As a recent article in the American Business Law Journal put it,

In other words, "individual freedom"—to some opponents of employment-at-will, means freedom from the fear and hardship associated with losing one's job; yet this type of "freedom" can only come at the expense of someone else's freedom in the classical-liberal sense. Here is why.

Scarcity is the natural state of mankind. Abundance, on the other hand, only comes about after people have applied their labor to their natural surroundings. In other words, scarcity is held at bay only by productivity or "work." Therefore to assert that a man's sustenance—his freedom from scarcity—is a basic right necessarily implies that another man must be forced to provide it whether he wishes to or not. If he does not wish to, then the "individual freedom" of the first man can only be bought at the cost of some degree of freedom from the second, who must be coerced, by threat of force, to provide for the first. Indeed, this is tantamount to slavery.

Nevertheless, most opponents of employment-at-will will not object if an employer's freedoms are curtailed. After all, they believe, as professor Blades wrote, private employers have "quasi-governmental" powers. If private employers are essentially on a par with governments, it only follows that their powers must be checked.

Yet this argument is critically flawed as well. Even the largest employers, with tens or hundreds of thousands of employees, do not have quasi-governmental powers (unless corrupt governments have granted them such powers). Unlike governments, private businesses are not free to tax or conscript and even the most successful private companies face genuine threats of failure, bankruptcy, and relentless competition—including competition for quality workers. More importantly, private companies are always subject to the whims of the real source of power in a market economy, consumers, who, by their decisions to patronize or not patronize a business, hold the key to survival in a free market.

Historical evidence supports this claim. In their 2001 book Creative Destruction,authors Richard Foster and Sarah Kaplan—after tracking the performance of 1,000 companies in 15 industries over 38 years—concluded, "studies of corporate birth, survival, and death in America clearly show that the corporate equivalent of El Dorado, the golden company that continually performs better than the markets, has never existed. It is a myth. . . . In the long run, markets always win [emphasis in original]." Foster and Kaplan forecast that over 75 percent of the companies making up the S&P 500 in 2020 will be ones that are unknown to us today.10

Finally, there is the law of unintended consequences at work. As courts and state legislators have intervened to weaken an employer's freedom, real market actors have responded in ways the social engineers did not foresee.

First, weakening employment-at-will necessarily raises the potential and perceived costs of all hiring decisions. This leads, at the margin, to less hiring and therefore less overall employment.

Second, not surprisingly, as employment-at-will has been eroded, the temporary employment ("temp") industry has grown—something few labor law advocates would applaud. According to a 2001 Milken Institutestudy, the "temp" industry grew more than five times faster than other non-farm industries between 1979 and 1995—years in which more and more states abandoned employment-at-will. In the words of the study's author,

There is an irony to the findings of this research. Although the courts amended the employment-at-will doctrine in order to protect workers against unjust dismissal, these legal efforts seem to have inadvertently fostered the growth of jobs in temporary help employment—non-preferred jobs that offer less job security than standard positions.11

And third, labor market flexibility is not just a benefit for entrepreneurs and business people; it is essential to economic growth in general. In the words of a 1994 OECD report, "countries with more flexible labor markets enjoy greater benefits from technological change, have better records in job creation, and experience faster growing economies."

While it is true that more "flexible" labor markets may mean less job security at a particular job, they nevertheless contribute to greater productivity, higher real wages, and more dynamic and prosperous economies. All this leads to more overall economic security in a number of very tangible ways, such as allowing people to seek longer periods of education or take more time selecting an appropriate employer, all of which can contribute to less "dependence" upon a single employer.

Government efforts to hamper an employer's freedom owe much of their intellectual foundation to the old Marxist assumption that employer and employee interests in a free market are opposed. But this is not true. Employers seek profits; when they find them, they bid laborers and other resources away from other employers. This promotes new opportunities, higher real wages, higher productivity, and improved living standards. Hampering labor markets may have emotional or voter appeal, but it is counterproductive and corrosive to genuine human freedom and prosperity.

No one wants to be fired and no one likes an overbearing boss. But we should be careful about outlawing things simply because we find them morally objectionable; often the results are worse than the problem we sought to solve.